By Jordyn Armstrong on January 27, 2018@jordynhannah95 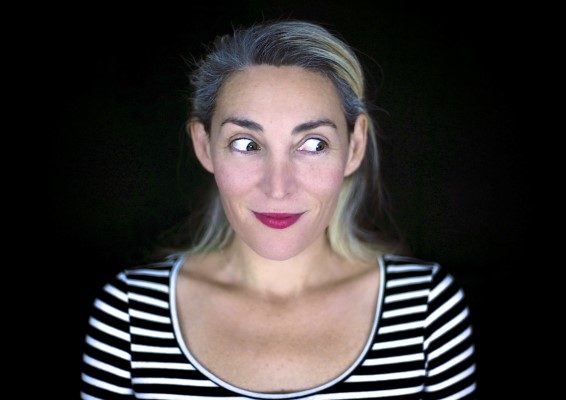 Ronley Teper & The Lipliners are set to release their album, The Game globally on all platforms February 23, 2018. The album will be celebrated by four completely different shows from 8-10pm the last Saturday of each month over the winter, at The Baby G club in Toronto. The album is said to be a satirical critical response to the Patriarchal Paradigm.

The band is fronted by South African born, Ronley Teper who grew up in Toronto. She has several releases under her belt already, including; ALIVE, Ronley Teper’s Lipliners, Cornered In The Alley and Stories From The Tray. The Lipliners began as a rotating collection of musicians, animators and video artists in Toronto. The music has roots and influences from a number of genres from folk, jazz, funk, punk, pop, to cinematic and theatrical comedy.

We had the chance to do an interview with Ronley Teper, so if you would like to find out more about her and her ever-expanding world, as well as watch the video for “The Game” check it out below!

Tell us more about how you and The Lipliners came together.

For many years I had a monthly residency at the Tranzac Club in Toronto. Each month I would invite a rotating roster of some of the finest improvisers to come join me. Some months there were two or three, others 10 to 15 people. It just kept developing and people would come and go when they pleased or come after other gigs they had, as it was a late night gig. Some of the musicians would become regular members for years. Others have moved on to other things but I’m forever grateful for the time I had with them and the talent and energy they’ve brought. I guess the project just seems to grow organically.  Often times when touring, at least one member of the Toronto Lipliners joins me, and then I invite improvisers I’ve met travelling or by recommendations to join in the cities or regions they live in. There is such variation in instrumentation and members hence why I call the collective The Lipliners. So many colours.

How did the songs for The Game come to be? What was your writing process like?

Hmm. creating the works took on many forms depending on the song. Some of the works were written alone with a guitar and vox in my apartment.  Others tunes, the roots of the works were written while I was at an artist residency on a farm in Mexico called ANIMA Casa Rural.  While other tunes were literally improvised lyrically and musically at live Tranzac gigs with the Lipliners.  I recorded all the Tranzac gigs with a zoom mic or iPhone and then revisited, reworked, developed, and then recorded them at the Piston Club, then finalized the works in the editing and mixing phases of the album.

You recorded this album live over two nights. What was the mixing process like to make it into a final product?

The rhythm section attended a two hour rehearsal the night before the shows,  introducing the tunes to Charles James an amazing bass player who came to the rescue at the last minute when our regular bass player had gotten a last-minute offer to tour with a band in India (how could he refuse? I’d have gone!). Also, generally we don’t rehearse at all, rather meet up for a monthly residency. I just throw new tunes and make up tunes alongside the band on the fly, we jam and improv. Needless to say that mixing and editing took some time. I’d go through all the works prior to the editing sessions and mark where I wanted cuts and moves etc. All the instruments were mic’d separately so other then the editing it was standard mixing.  I think I’m incredibly lucky to have such killer musicians and improvisers working with me, so there wasn’t too much to deal with mixing wise.

Was it due to the mixing that took four years to release?

We recorded in November of 2014, so if I had waited to record on Jan 1, 2015, it would be considered 3 years :). I didn’t have any funding for the nights of recording and mixing, and was still promoting and touring ALIVE the album I released at the end of 2014,  I had to wait almost a year after the live recordings to be sure I had enough money saved to be able to pay for mixing while we were actually mixing. I didn’t want to have Steve Major (recording, mixing, co-production) have to wait to be paid after all the hard work and support he gave me during all parts of the project.  Having a year to sit on the stuff before mixing, I was able to really pull out what tunes of all the songs we played those nights felt were thematically viable for a full album and figure out what direction I was heading and what editing was necessary. Then it took another few months to save money to master and another half a year to save enough to manufacture. Then I got distracted touring and travelling through half of 2016- 2017. So now it is 2018, and wow does time fly.

Do you think it will transfer well back into a live performance for your shows?

Absolutely no dought! Live performance is where the collective Lipliners shine. It is the process of interaction between the musicians, artists, and the participation of the audience that make The Lipliners music what it is. Temporal, moments in time filled with energy and interaction. This is mainly why I chose to do a live recording. Studio works are fantastic but are an artform in itself. I wanted to capture what it’s like to be at a show.

Speaking of shows, why did you choose to do four shows for the same album at the same club?

Well, each show is different. The January show is more a reunion of sorts as it’s been a long while since we have gotten to play as a large ensemble as I was away most of last year. The February 24th show is the official cd release and we will play all the tunes from the album and then some. The March and April shows will be completely different, premiering new works, making up new works on the fly, rotating the musicians, ensembles and instrumentation. So really they are four different shows.

Do you see any touring for this album this year?

Yup, some touring is already confirmed for Ontario in the Spring and more being solidified in the coming weeks., in Quebec, Alberta and BC.  Also returning to parts of Europe again later in the year as well.

Do you have another album already in the works?

Yup. But with my track record even if we record it tomorrow it might take a while to come out :).

And finally, do you have anything you would like to say to your fans?