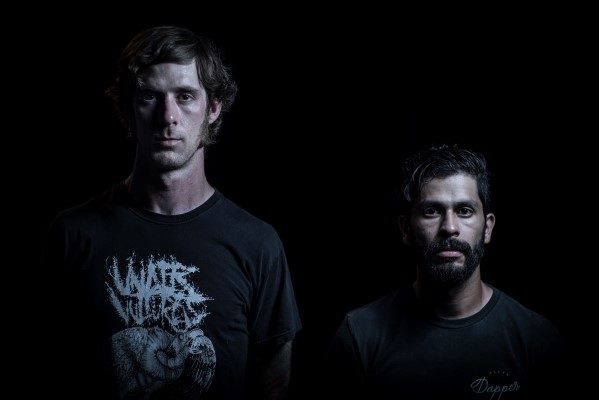 Cambridge, ON’s own grind sludge duo, GREBER have released a video for their single, “Grave Plot” and will also be taking off on tour this February, so it was only fitting that we spoke with them in our newest segment of Five Questions With. So, if you’re a fan of metal,  take a moment and check out their new video and find out more about the duo below.

Hello readers. We are your super friends Greber. We sleep in Cambridge Ontario. Our greys are slowly starting to show. I am Steve Vargas. I play drums and do vocals. Very nice to meet you.

Our music is a bit of grindcore, a bit of doom, a bit of punk and a bit of sludge. It’s mostly heavy but we do manoeuvre into lighter more dramatic areas too. It’s nice to be able to tap into different styles with just drums and bass.

Our approach to being a two-piece has evolved over the last 10 years. We are finding our strengths and weaknesses. Marc generally works out the song structures before showing them to me to add my ideas to and we hash out the details in the hall at full volume. It really helps us envision how the songs are live and want to crush vs just being a loud band if that makes sense. The great thing about this band is that all ideas are on the table. I’ve been playing with Marc for almost 15 years so we communicate really well.

When we play live we try our best to look as good as we can for the photos we’ll spam on Facebook. It’s honestly easier to come to the show than to describe. Two guys playing their best I suppose?

Probably the first song we released off the new record. It’s a good summation of the vibe on the new album. It moves all over but is still a great song.