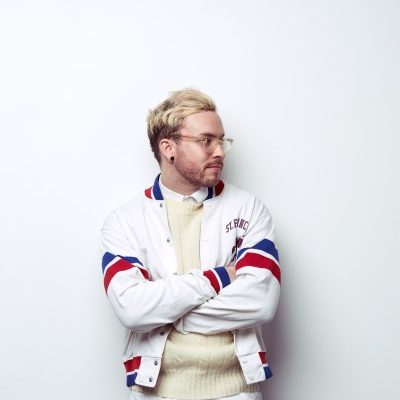 Toronto-based pop artist, DCF (David Charles Fischer) has released a brand new video for his infectious single, “Bring A Friend”. The track is the first single from his debut album due out later this year via Entertainment One. The video itself was directed by Sean L. T. Cartwright and was filmed on location in Toronto. On top of that, the video also features numerous cameos by local artists including The Darcys, Ralph, eTalk’s Liz Trinnear, Harrison, Derek Hofman of Brighter Brightest, and 3OH!3’s Nate Motte – who collaborated with DCF on the previously released track, “Sky Ferreira”.

When asked about the single, DCF comments,

“I originally intended to write Bring A Friend for another artist. I had the concept, and I basically just wanted to write a crazy banger that somebody like Justin Bieber would want to put on his record. My producer, Derek, had sent me the track, and then we went in together to build it out. I listened to the demo on my walk back home to Chinatown. I ended up listening to it 16 times in a row and decided I had to keep the track for myself.”

In other DCF news, he will be hitting the road with Lights as support for her 2018 North American tour.