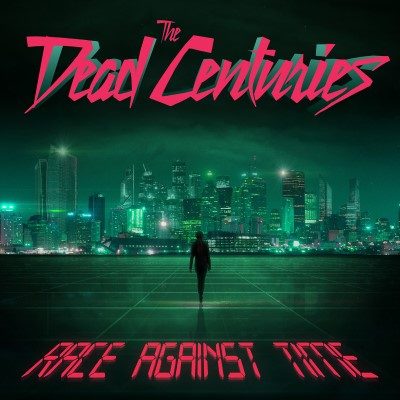 The Dead Centuries have unleashed their debut album Race Against Time. Inspired by Animals as Leaders, Scale the Summit, Protest the Hero, Periphery and Intervals. The album brings a wide range of progressive instrumental metal. With such big names to draw, from the album is nothing short from phenomenal.

The first single, “Overdrive” has a melodic element, as the progressive metal elements are layered slowly throughout the song, creating a superb and diverse song. Ending the song just as passionately as they started, it will leave you wanting more.

The second single “Attack of the Mutant” is much heavier than “Overdrive”, but nonetheless filled with passion. Much like the rest of the album, even though containing no lyricism, you can feel the passion from the three musicians on this track.

Adam Tremblett states “Attack of the Mutant’ is the heaviest song of the album thus far, using down-tuned guitar and bass along with dissonant harmony to give the feeling of tension throughout the introduction. This tension is then resolved by a melodic, upbeat chorus which leads into another heavy section, followed by a guitar solo, and the album’s first guest solo. The song ends with several heavy parts, with the final section building into an extremely dissonant broken ‘computer’ sounding part.”

“Blood Dragon” is definitely a personal favourite of mine from this album. The name alone brings out the influences of the above-mentioned bands. Not just through the instrumentals but even if you think of a visual concept for a video, the first idea that would come to mind would be something simple yet elegant with an almost intergalactic feel.

If you want a more complex and technically layered instrumental album, as well as a diverse one that you can either jam to or simply throw on as background noise, this one is for you.