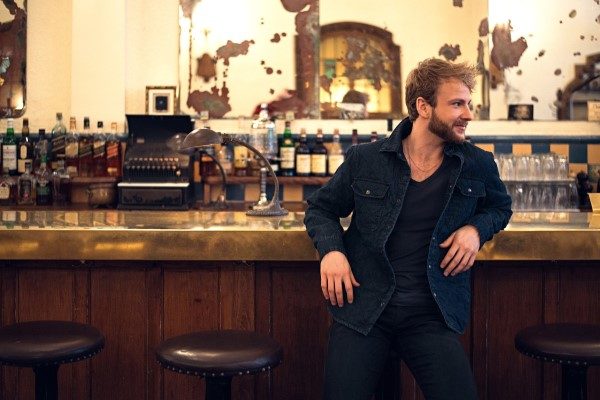 Yoan released his self-titled debut album on March 23, 2015. The successful launch of the album was followed by Yoan’s run and eventual title win on season 2 of the televised music competition La Voix (The Voice Quebec) in April 2014. Yoan went on to become a platinum-selling album and sparked a series of sold-out shows throughout Quebec, and Canada. For his album, Yoan collaborated with Canadian country artist Brett Kissel on their rendition of the hit classic “Good Hearted Woman.” The two artists embarked on several co-headlining dates, and Yoan performed on several of Kissel’s 2016 Ice, Snow & 30 Below Winter Tour dates.

Three years to the date of his first release, Yoan has now announced the date for his sophomore album. The new album will be available through major music retailers on March 23, 2018. On February 2, 2018, Yoan will debut his brand new single “Sans fin.” The new song is a beautiful ballad that features Yoan’s deep rich vocals and strong country style. “Sans fin” is a love song about two people that don’t end up together and live their lives separately, but still have lingering feelings. “Sans fin” will be available for download on iTunes and radio play. Yoan is still currently working on the finishing touches of the new album in Montreal, QC and planning a surprise on his official Facebook page next week. As soon as more details about the single and album are available we will keep you updated on Canadian Beats.