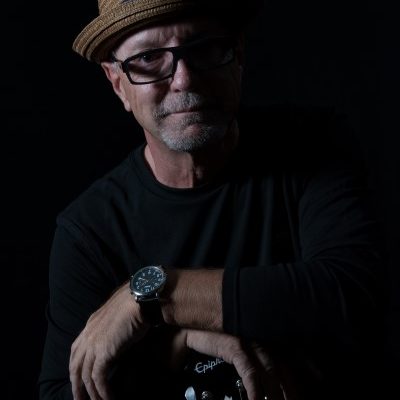 After a 15-year hiatus, Ottawa’s own Norm Brunet is back with a brand new album, It Don’t Get Better Than This which was released in November 2017. He has recently released a video for the title track on the album, which you can see below, along with our newest segment of Five Questions With. Enjoy!

I’ve been told by several columnists and editors over the years that I’m a part of an elite group of artists – a gifted songwriter and an accomplished musician, and adding to my triple threat credentials are the always-on-target and distinctive vocals. I have trouble talking about myself that way. I’m naturally timid, borderline shy in my personal life and it also reflects in my professional career as I don’t go out of my way to toot my horn. I prefer to let the music speak for itself.

I have a “smoky-throated” voice that I’m told has a special attractiveness that keeps you listening for more.

As Larry Delaney from the now defunct Country Music News once wrote: “His voice rings with experience and texture. We are at ease with a vocalist who doesn’t need to struggle to emote. As a songwriter, his versatility comes to the forefront with an intuitive ability to take everyday situations and turn them into songs, not just lyrics on paper or grooves on discs but observances of life”!

Susan Beyer from the Ottawa Citizen gave me a nice compliment in a write up: “His tunes are exceptional! Substance? Plenty, Hooks? Norm could open his own tackle shop!”

I was raised in Canada’s capital Ottawa, and my artistic ability was evident at an early age. I started playing guitar at the age of nine and over the years and to this day, it’s been my best friend. I have a diverse appreciation for music, and among my many influences, I really like that country-tinged southern rock sound of the Eagles, Poco, and Americana artist Rodney Crowell, as well as the country/rock sounds of John Mellencamp, Bob Seeger, and Bryan Adams. People say my voice is raspy like theirs.

I’ve been blessed to have two previous critically acclaimed albums, ”Me & My Guitar” and ”Life Goes On,” both of which charted several singles on the various country music charts in Canada.

My new album, ”It Don’t Get Better Than This,” is true to my signature style of writing, with some traditional country, some country rock, and a good dose of Americana roots.

Well, my music is original and not like anyone else out there in the current country or Americana charts helps me to stick out from the crowd. It sometimes works for me and other times against? As a singer/songwriter you inevitably get the, “Sorry, can’t play your song ‘cause it doesn’t sound like what we’re playing” on some stations, and then on others get, “I’m a perfect fit!” Go figure. I’ve never, nor will I ever, write to please a format, style, or current fad. I have been and always will be true to myself in my writing. It comes from the heart; from sad times and good times, and I’m happy I can touch some people with my music! I seem to be winning them over one at a time, which is fine by me. I’m in no race.

I’ve been promoting the new single and album, “It Don’t Get Better Than This.” That has taken me through eastern Canada last fall, down through the mid-west states and Nashville for several shows in mid-November,  and it continues throughout Florida this winter. The current tour is called “Up Close & Intimate,” which allows me to perform acoustically, playing the songs as they were written. I’m doing plenty of “Writers Rounds” as well where folks get to hear how the songs were created, what they are about, my inspiration for them and so on. It’s a great way to bare it all. This summer I will be performing with the full band for some shows throughout Canada. They will be announced sometime in May.

Although I don’t have any children, it’s like asking me who is your favourite kid? There are special songs from each of my projects over the years, but for this exercise, I would have to say the lead single to my latest, “It Don’t Get Better Than This.” It was inspired by a young mid-west couple with two young kids. They had none of the modern trappings that we all have. They were barely making ends meet but they found true happiness with the simple things in life: their faith, their family, and good friends.

Wow, I have so many favs! James Barker Band, Brett Kissel, Paul Brandt, Meghan Patrick (would love to duet with her, just saying), Jo Mason, High Valley, Dean Brody, The Washboard Union. I could go on and on. There is so much talent in this country! I’m proud to be a part of it!