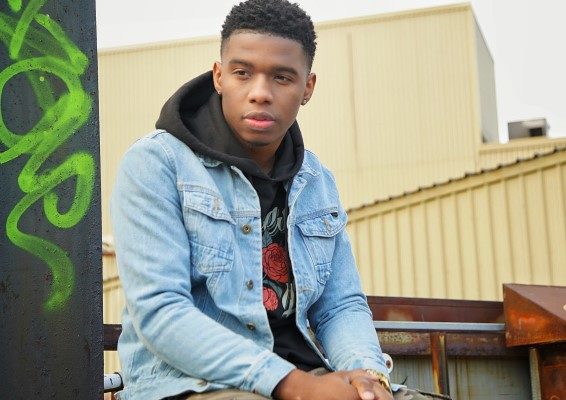 Toronto’s own R&B/ Soul-pop singer-songwriter, JNYR has just released his new single, “No Matter Where” which was produced by 8 Bars. His debut album is expected to be released in March 2018, so keep an eye out for that. When we asked JNYR about the single, he responded,

“The inspiration behind “No Matter Where” was the music that I grew up on in the 90’s. When I first heard the beat it instantly gave me that 90’s feel with those catchy pre-hooks and those memorable melodies. I just wanted to take my swing at creating something my parents would enjoy and my generation would appreciate.”

Give “No Matter Where” a listen, and check out our newest segment of Five Questions With below.

I love to write music! I first started off writing music around the age of 13 as I continued to work on and developed my craft throughout the years. A lot of the artists that inspired me musically are also recognized as a great writer as well. I usually start with creating the “melody” that I want to use then I build the song around the hook followed by the verses. I like to zone out because I write music based on my emotional feelings and whatever inspires me on that particular day.

I do have upcoming shows, a few tours that I will be going on as well as festivals such as SXSW that I will be participating in. My live performances are based on entertaining and connecting with an audience. I want each and every person that comes into any venue to see me perform that it was worth with their efforts and that they got their money’s worth.

It would be my new single “No Matter Where”. I feel that record displays my vocal range and it’s just a vibe. I’m a sucker for 90’s feeling music and catchy hooks. “No Matter Where” is a fine balance of both with a hint of the new school.

I’m a huge fan of everything coming out of Canada at the moment, to be honest. I feel it’s the golden era of Canadian music. The list is literally too long. We would be here all day, lol!