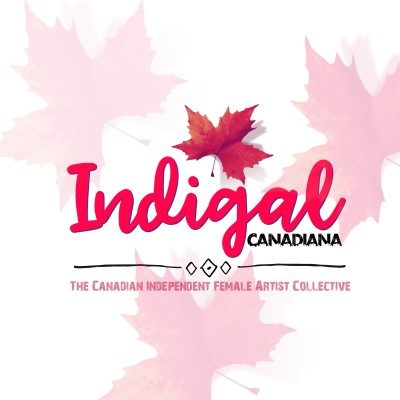 The lovely ladies of Indigal – The Canadian Female Independent Artist Collection- has released their latest album, CANADIANA in celebration of Canada’s 150th Birthday!

CANADIANA is the group’s second album, the first being 2015’s Noel – a contemporary Christmas album for charity. In the same vein, nine indie artists and five indie multi-instrumentalists have come together and created Indigal’s 19 song sophomore project – a cover album of their favourite Canadian icons for Canada 150. The project took a year in the making and raises funds for the Humber River Hospital Foundation in Toronto.

Initially, in the pre-order phase, the album will be out today. The exciting project is crowdfunded through Indiegogo, will be released at the Jan 21 Matinee show in Toronto which will also be live-streamed across the country to campaign subscribers who are not local.

The album is chockfull of covers of recognizable and iconic songs that helped bring deserving attention to the Canadian music industry. With tunes from every era, the wonderful women of Indigal have done justice to each and every song on the album. The 19 song, 2 volume album includes the full band, as well as acoustic covers.

CANADIANA could not have come at a more appropriate time. Not only does it celebrate the country’s 150th birthday, but it comes just a day after this year’s Women’s March. Helmed by powerful women, CANADIANA is as Canadian as it gets. So, do yourself a favour and play this album as loud as you can. Sing along to your favourite tunes, celebrating women and 150 years of your country’s birth, and if you can make it do head to The Columbus Centre in Toronto by 2 pm on Sunday, 21st January in celebration of this iconic album.