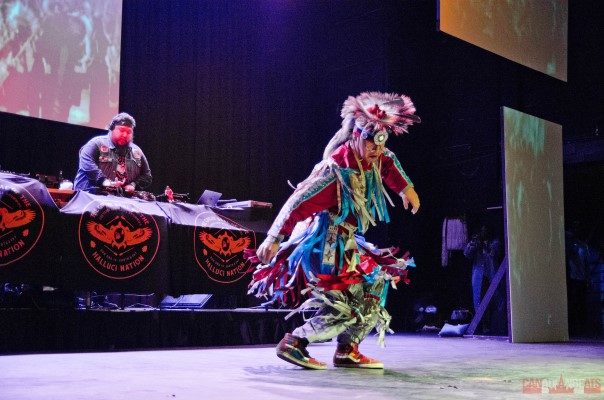 A Tribe Called Red lit up The Danforth Music Hall at their sold out show in Toronto January 19. R&B artist A l l i e opened for them with a soulful, laid-back set. 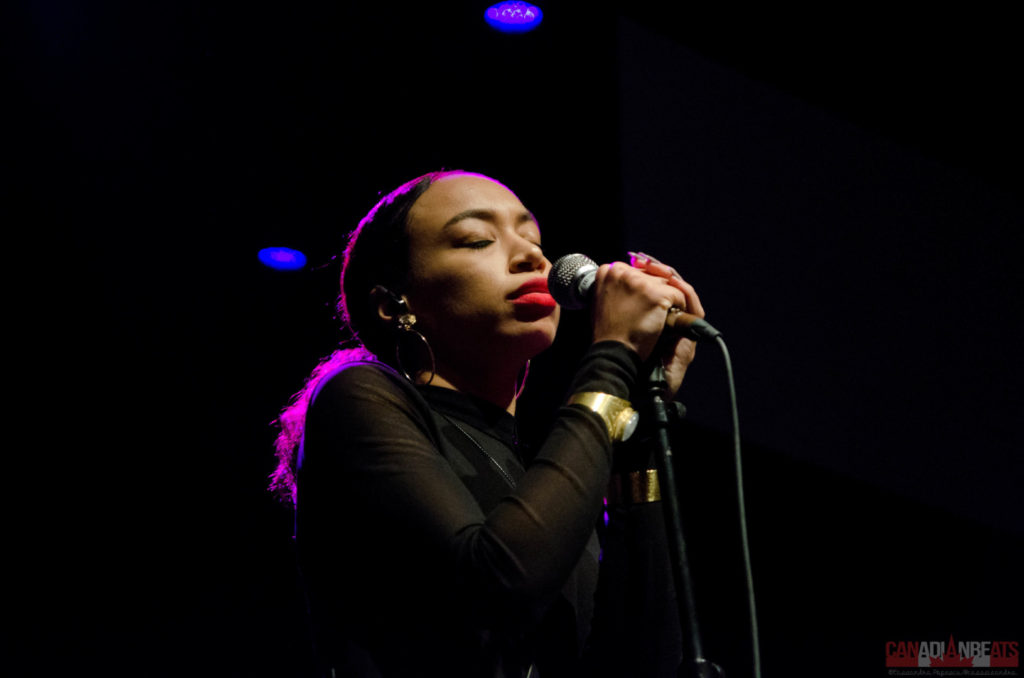 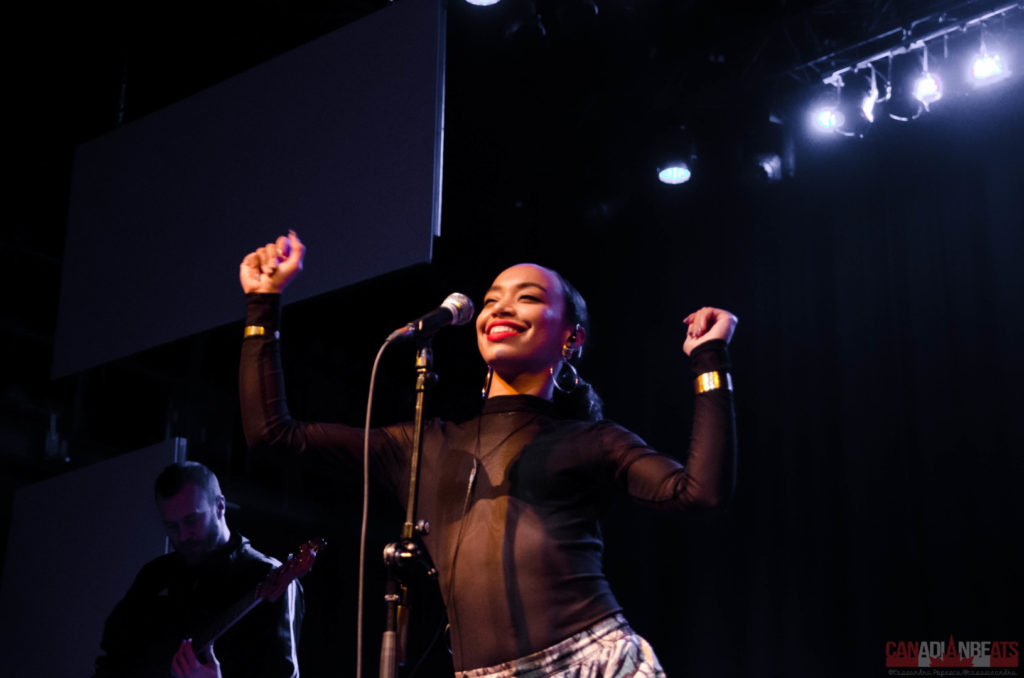 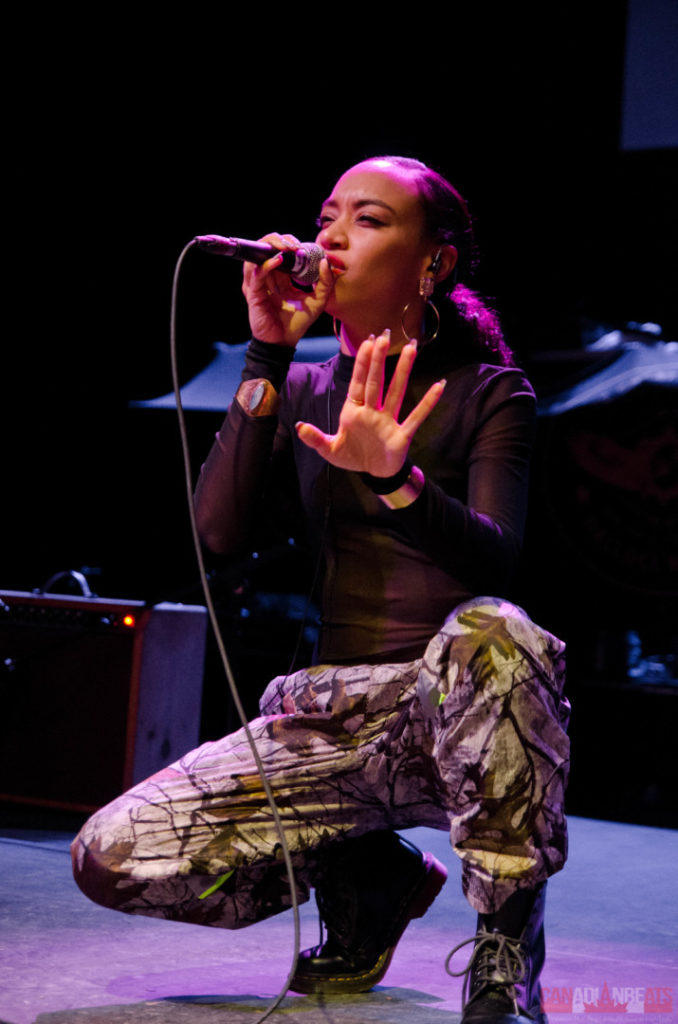 Featuring the eclectic fusion of dubstep-influenced dance music and Indigenous chanting and drumming that A Tribe Called Red are known for, the DJ duo had the crowded venue dancing nonstop. Throughout the set, several dancers hit the stage with thrilling performances to keep the energy going. We were lucky enough to catch all the action! 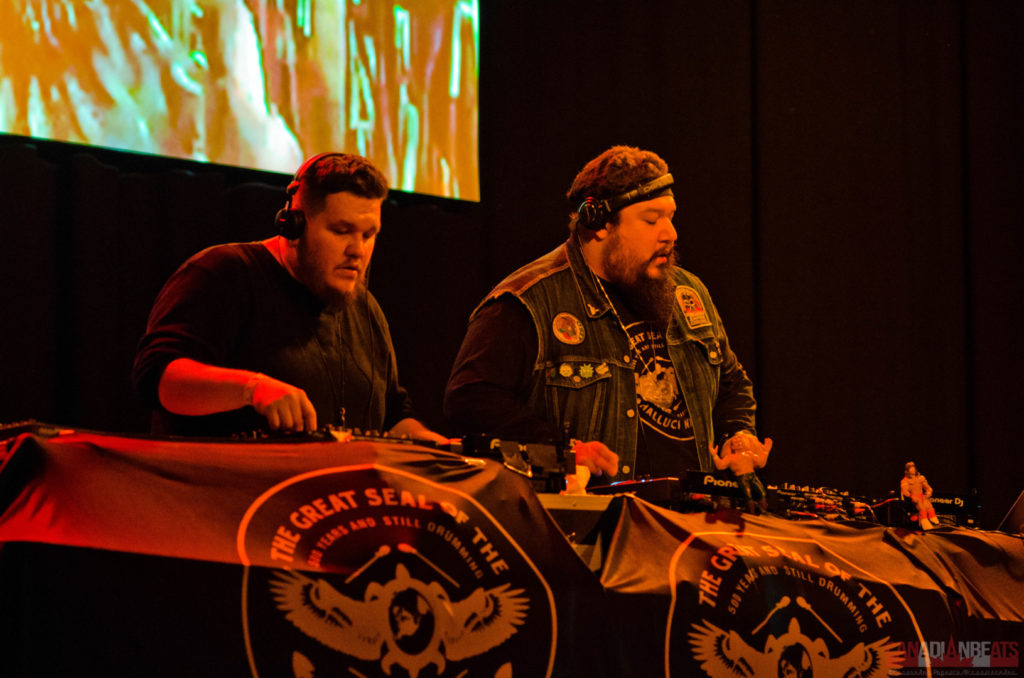 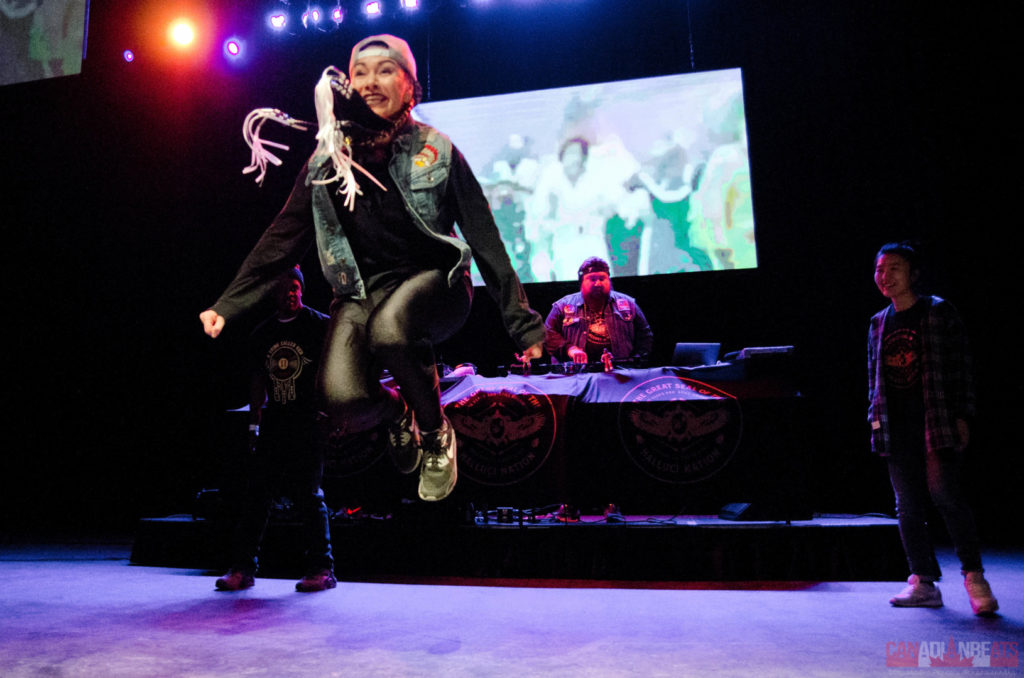 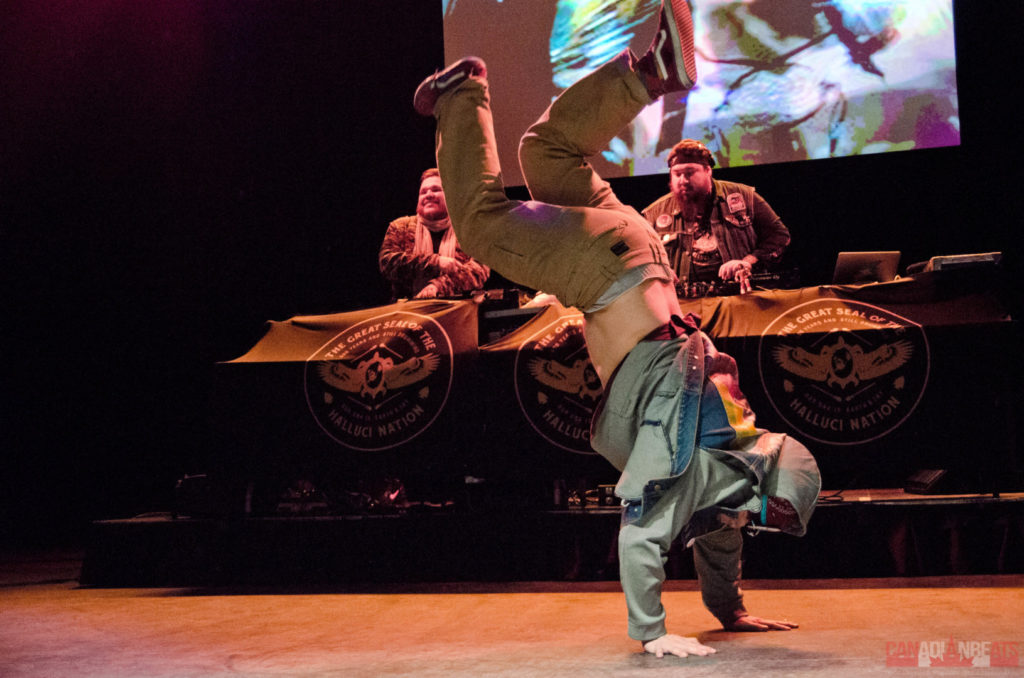 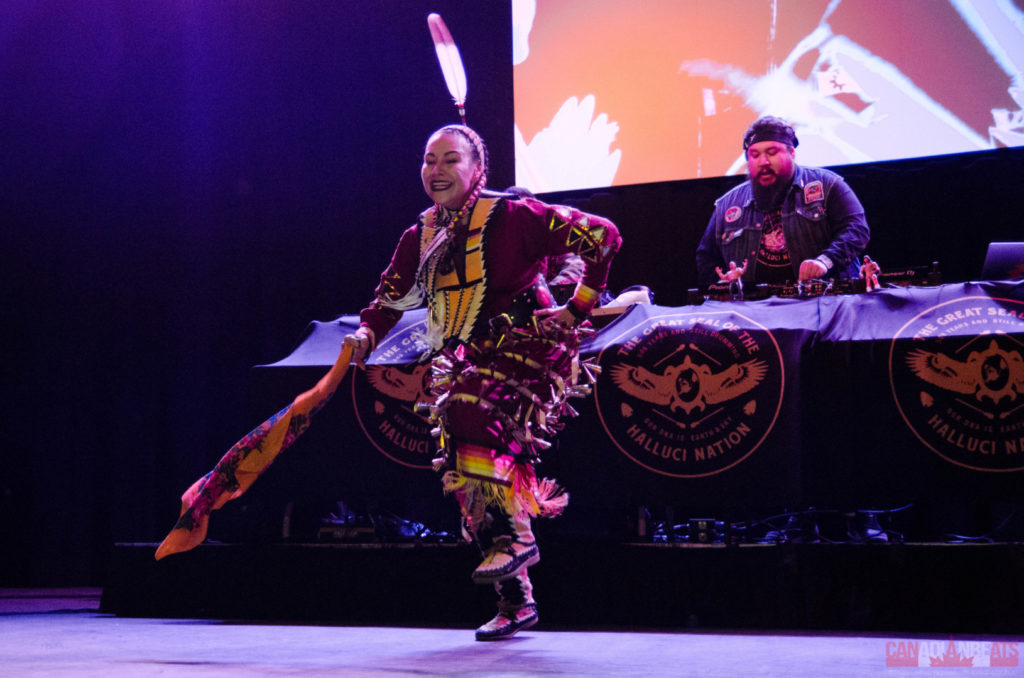 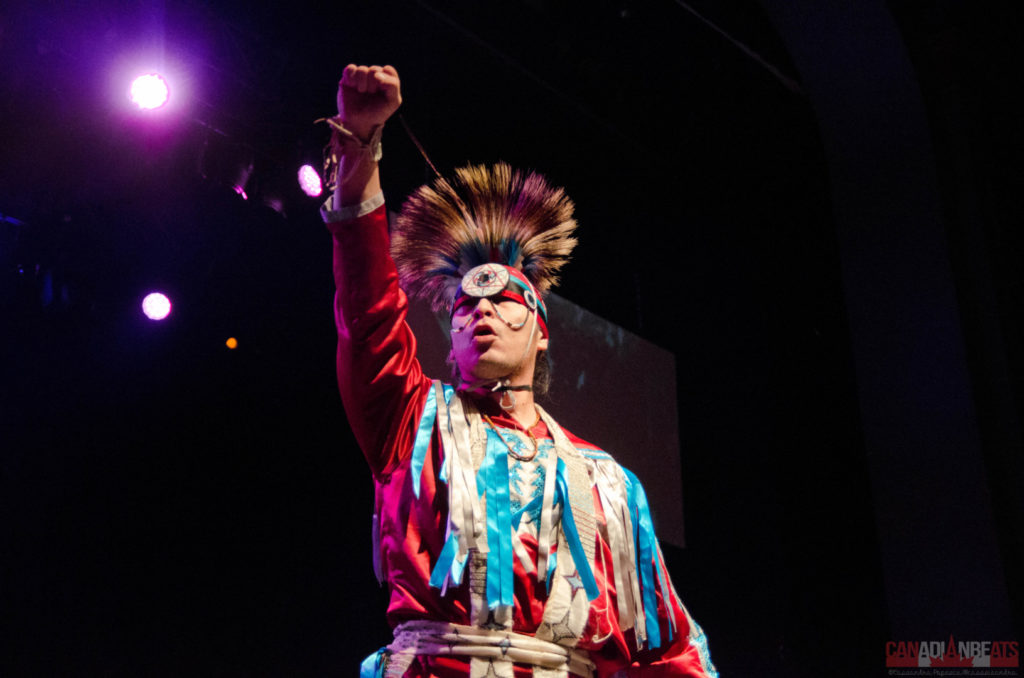