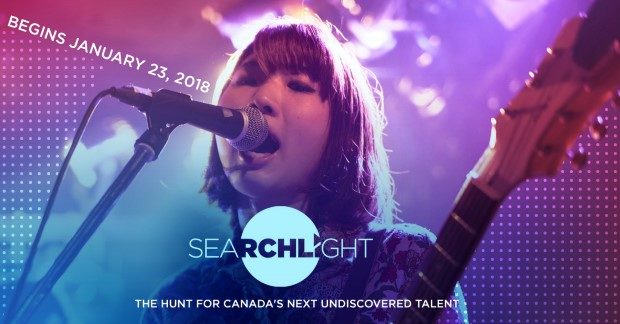 Since it started in 2013, CBC Searchlight competition has received up to 3,000 song submissions each year. With the 2018 version, the competition hopes to add to its tradition of introducing previously unknown Canadian talent through CBC Music.

In addition to a headlining spot at the CBC Music Festival on May 26, 2018, the winner of the 2018 Searchlight competition will receive a residency at the National Music Centre in Calgary, a spot on the Allan Master Class and a full JUNO Awards experience; including performances during the 2019 JUNO Fest.  Winners are selected through a combination of Canadian music industry panel, celebrity judges and public votes.

Past winners of CBC Searchlight include Sherman Downey and the Ambiguous Case, Orange O’Clock and The Long War.

This year’s competition begins at midnight on January 23, with the start of submission period; which runs until February 6, at 2:59 pm ET. Two rounds of voting will run between February 13 and March 7, with the top ten revealed on March 14.  The winner will be announced on March 19, with a performance on CBC q.

For more information on how to enter, please visit cbcmusic.ca/searchlight.