Home / Albums / Review – Over The Moon

Review – Over The Moon 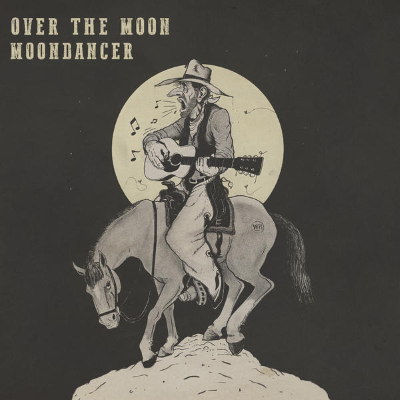 Alberta based band, Over The Moon has just released their debut album entitled Moondancer. The acoustic duo is made up of married, and award-winning vocal and multi-instrumentalists Suzanne Levesque and Craig Bignell, and Moondancer is definitely something worth talking about.

The ten-track recording was fittingly recorded on their ranch in Alberta, but without knowing that, the listen would take your mind there anyways. The simplistic songwriting and tone of this album will have you pushing repeat.

Moondancers opens with a track entitled “Strangers We Meet” and right away you will notice that these two were meant to sing together, their harmonies are absolute perfection. The album moves through wholesome stories that will take you back in time. Not only that, but it seems to completely defy all expectations of a set genre. The songs gracefully parade through hints of roots, swing, old-style country, and folk. Another track, “By The Mark” even touches on gospel. Moving through the album you come upon a track called “Old Alberta Moon”, in this song they sing an ode to their home and the beauty that is Alberta.

Moondancer is a charming album from start to finish. It brings back the simplicity and beauty of songwriting, of storytelling through music, taking you somewhere else entirely, somewhere beautiful.