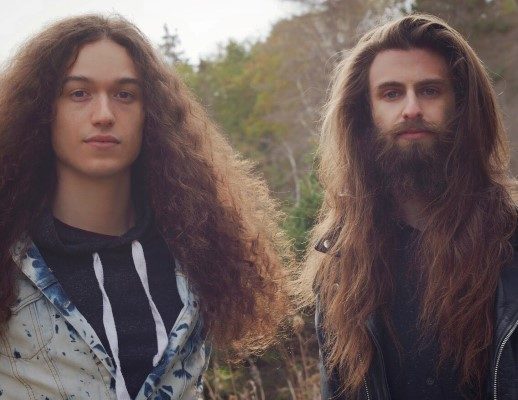 Oshawa based rock duo Crown Lands have released a live video for “Misery”.  “Misery” stands as the band’s first music video from Rise Over Run, their sophomore record released in the summer of last year.  Shot by Jack Hawley at Oshawa’s The Moustache Club, the video captures guitarist Kevin Comeau and drummer and vocalist Cody Bowles in the juxtaposing chaos and eloquence of their live set, that, without a doubt, will leave you beyond excited to catch them at their next concert.

While Crown Lands are currently only scheduled for a handful of 2018 dates – February 2nd in Hamilton and May 4th and 5th in Corbyville – their first show of the year is on Saturday, January 27th at Toronto’s legendary Horseshoe Tavern.  Not only will this show be yet another landmark performance for them, but it will also be the final performance from Toronto’s Last Bullet. The two legendary Canadian bands will be joined by some of the city’s best up and coming talent with Ready The Prince and Hot Lips opening up the show.

If the music video for “Misery” is any indication, Crown Lands’ concert at The Horseshoe will not be one to miss with a lineup and circumstances that gives it the potential to be one of the best Toronto club concerts of the year.