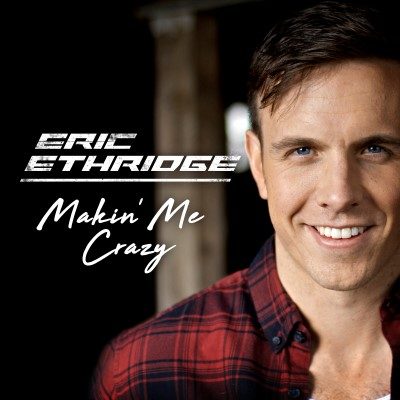 Canadian country artist, Eric Ethridge is one of those artists that you can’t help but keep an eye on. I remember watching his cover videos on YouTube back in the day, and I was immediately hooked.

Since then, he’s been a busy guy, and he is certainly becoming a household name. Last year, he released his debut single, “Liquor’s Calling The Shots” which I will admit played on repeat in my house for quite some time. Now, he has released a video for his second single, “Makin’ Me Crazy”. This single, as with the previous, has a way of sticking in your head, the catchy chorus embeds itself and plays over and over.

Eric and his team partnered with the new Canadian craft beer brand Cowbell Brewing Co. in Blythe, Ontario to create the video for “Makin’ Me Crazy”. He also teamed up with Tomorrow Media, a startup media company from his hometown of Sarnia, ON, and remained very involved in the whole process from direction, production and editing, along with Tomorrow Media and video director, Liwordson Vjayabalan.

When we asked Eric about the concept behind the video, he shared that the video was meant to mirror the theme of the single, which is about how his love interest (played by Eden Broda) who’s playing hard to get. The moment that she seems like she’s uninterested, she surprises him at his show at Cowbell.