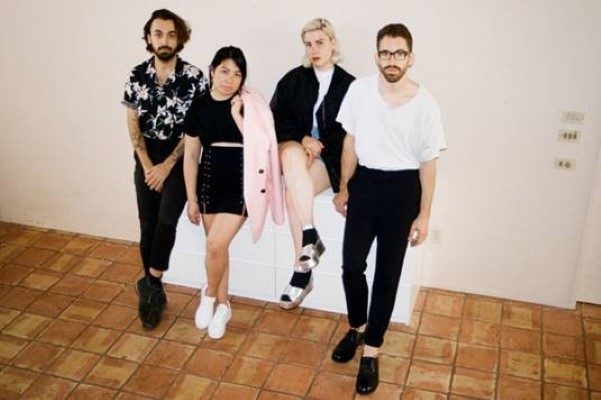 Vancouver’s Belle Game have been busy, they released their sophomore album, Fear/Nothing in September via Arts & Crafts, and was part of an extensive tour as lead support for Broken Social Scene.

Now, they have kicked off their North American headline tour, which will bring their music on a 16-date-run including stops in Toronto, Montreal, Victoria and Vancouver, along with many U.S. cities. Check out the full list of dates below.

On top of this, the band has also shared a new single, “Only One”. The band shared some background on the track,

“Only One is a fever dream of unrequited love. Not necessarily romantic, more of an unachievable comfort with our sense of self. It was one of the earliest songs we wrote for Fear/Nothing, a first practice in exercising feeling over logic. It’s an anthem for feeling out of place, a dehydrated trip through a desert and a cruise along the French seaside and a song kept amongst friends, until now.

This song crossed paths with so many people. From the original demo to multiple rounds of tracking and mixing to our producers singing the scratch vocals because Andrea had lost her voice. By the end, the song had too many personalities to fit in amongst what became Fear/Nothing, but because of that, it’s always been a track we’ve kept close to our hearts.”