Home / Promos / Language Arts release video for “With Me”

Language Arts release video for “With Me” 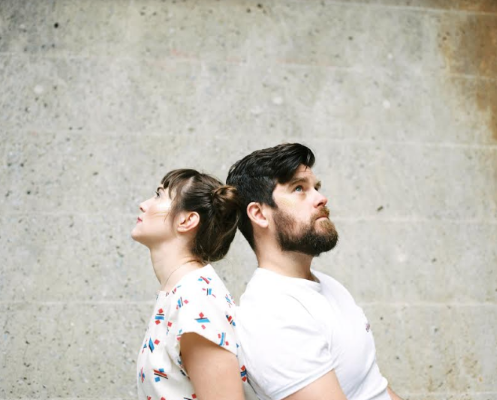 Toronto based art-pop duo, Language Arts have released their new video for “With Me”, which is off of their sophomore album, Able Island. The video was directed by Luke Mistruzzi and Maya Annik and was filmed all over North America, featuring images of the band performing. Annik explains –

”The video is a collection of footage we captured from all over North America – from the BC Rockies to the Pacific coast of Oaxaca to Barton Street in Hamilton. We then projected this footage through a giant kaleidoscope and mixed it with archival footage to create a unique form for this meditative piece.”

The duo which consists of Kristen Cudmore (Vocals/ Guitar) and Neil MacIntosh (Drums) are currently in the studio with Joel Stouffer working on their upcoming third album. Language Arts have also announced a small tour throughout Ontario and Quebec, where they will begin showcasing new material.