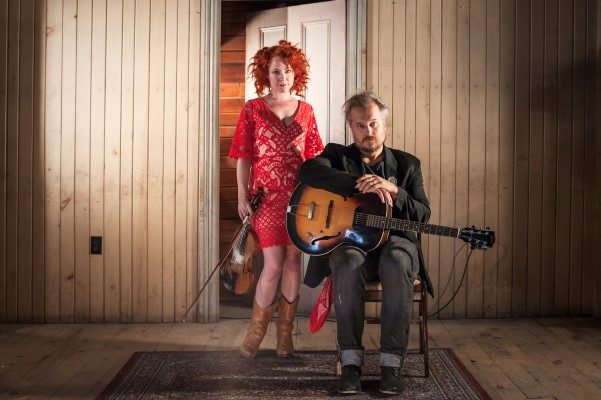 Toronto-based duo Harrow Fair, comprised of Miranda Mulholland and Andrew Penner, began a four-night run with Ben Caplan in the US last night, followed by dates with Elliott Brood in Montreal and Boston; and a stop at Folk Alliance in Kansas City. “We expect the shows with Ben Caplan and Elliott Brood to be a beautiful, sweaty mess,” shares Penner. “There’s a raw energy to our live show that we can’t get enough of.”

The duo wrapped up an exciting 2017 with the Skydiggers as part of Toronto’s Horseshoe Tavern’s 70th Birthday celebration. We can expect to hear new material from them on the upcoming shows, as they plan to head into the studio to work on the follow up to their 2016 release, Call To Arms. “To tour Canada and Northern U.S in the winter is nuts as it tends to be, you know..cold and at times, a bit dicey, but as we’re currently working on our new record we need to try things out in front of an audience.” Penner continues; “It’s the best way we know if a song is working. Immediate judgement.”