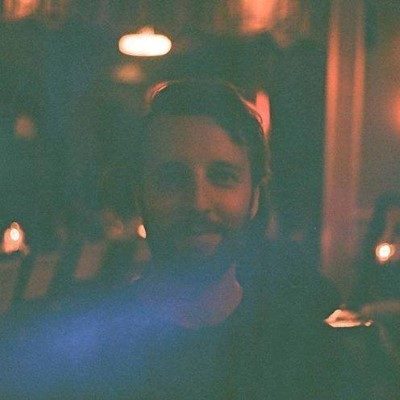 Hot Tub is a new project from Vancouver’s Ryan Krumins. You may recognize Ryan’s name as he has played Keyboard and Guitar in indie bands, The Stone Pilots and Mellomanic. Now, Ryan is pursuing electronic music. You can check out his brand new single, “Future” below, along with our Five Questions With segment to learn more about this up-and-coming artist.

I’m an electronic music producer and musician based out of Vancouver BC. I’ve been playing the piano since age 5 (I finished grade 10 of the Royal Conservatory of piano when I was 14) and guitar since I was 13. When I was a kid my dad had all these guitars around the house (he was a musician in the 70’s and his band opened for the Doors) and I used to sit in my room and play for hours, that’s when I wrote my first songs.  I played in bands for over 10 years, most recently I was the lead guitarist in The Stone Pines (Blues/Rock) and guitar/keys in Mellomanic (Indie Rock).

A little over a year ago I quit both my bands to focus on producing music under the name Hot Tub. I had been listening to electronic music more and more and going to festivals and I wanted to start contributing to that music scene. Over the past year, I’ve been learning to produce from scratch using Ableton, and I’ve built up a small studio in my apartment. Thanks to YouTube and some great friends I’ve been able to progress and learn. My goal is to make positive electronic music that makes you feel alive.

My music is a mix of future bass and chill house. I like to make melodically driven piano/synth songs and I’m collaborating with a range of vocalists & rappers. I’ve also started remixing some of my favourite songs which has been lots of fun, including Oh Wonder and Adele.

My songwriting process usually starts with a piano/synth part and build my song around that, then I’ll add drums and vocals. I now know what it means when producers always say “a song is never finished”. There are a thousand small tweaks that you can make to a song between writing the parts and releasing it, and it’s hard to know when to stop working on it. Once I’m happy with the mix I’ll send it to a few friends for their opinion, and make any final tweaks before mastering.

I’ve been focusing on production up until now and haven’t booked any live shows yet. I’m planning on playing my first live show this Spring. My live set will feature a mix of DJ’ing, original music with live instrumentation, something between a sweaty dance party and a live concert.

I just released a track called “Future” which features my friend Megan’s vocals chopped up over an inspirational beat. It’s an inspirational tune that I hope gives you good vibes for 2018, this year is going to be a good one!!

There are so many talented Canadian electronic artists out there these days! Some of my favourites are The Funk Hunters, Ekali, JPOD, Stickybuds, Skiitour, and Lasu. For more chill stuff I like Luca Fogale and Jon & Roy.