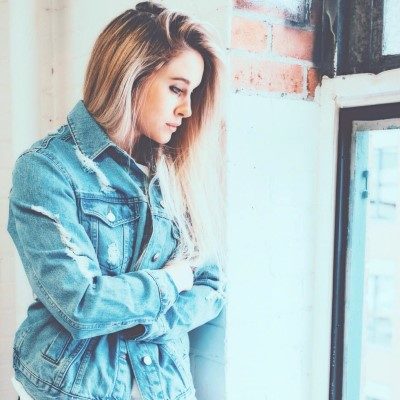 A new year means amazing new music and SYKAMORE is who you need to start it all off. Not only do her country-pop melodies get you toe-tapping and car-dancing, but her lyrics show that she’s lived the love and loss that we all have.

First off, congratulations on signing with Home Team Publishing with Country music legend Rhett Akins and, his son, Thomas Rhett! What’s that experience been like so far?

Thank you! I still kind of can’t believe it to be honest. It’s been an amazing experience, getting to learn from some of the most successful songwriters in Nashville and be able to have them as mentors. I really couldn’t ask to be on a better team.

The songs included on your upcoming EP, Self Medicine, all hold their own when it comes to keeping the listener wanting more! What motivates you to keep writing more & more?

Thanks a lot. I appreciate that. I love writing, whether it’s just for myself or for other people. It’s something I use as catharsis and expression, but the more I get into it the better I want to be at it. So not only do I love to do it, which is a motivator in itself, I also just want to keep improving. Those are the things that keep me coming back for more.

This new collection is your follow-up to 2013’s Petal; what’s the biggest difference between the two releases?

I would say the biggest difference is in the sound. I embraced pop on this record way more than I have in the past, but at the same time I still feel like the songs are similar to Petal’s alternative/folk tracks in spirit – they both have a lot of the same sentiment behind them, the same writer [obviously] and the same authenticity. So in that regard, I’m not one to shy away from genre-bending or even changing, because I change and evolve as an artist, therefore it should come through in my sound.

I saw on your Facebook page that your first solo was back when you were 6-years-old with “Away In A Manger” which you then recreated for the 20th anniversary! Did you know, even back then, that music was your goal?

Haha, thanks. I definitely knew back then that music was something I liked. I wouldn’t go so far as to say I knew it would become a career, probably because I just didn’t know enough about it that it seemed unobtainable. But the more I learned about it and the more I came to love it, the more undeniable it became to me.

Summer festivals seem to be your bag with performances at Interstellar Rodeo, Boots and Hearts, Dauphin’s Countryfest and Cavendish Beach Music Festival. Who have been some of the stand-out artists/bands you’ve met along the way?

So many great artists come to mind. I got to meet Leaving Thomas last year, who are also from Calgary and they are super talented and HILARIOUS. Other artists that I got to meet were Frankie Ballard, Drake White, Paul Brandt, and Endless Summer.

Now that this record is out, I’m really excited to start planning for the next one. There’s something so awesome about having a blank canvas and getting to start from scratch – so this year I’ll start writing and planning for the next project, and continue to play the tunes and share them with everyone who wants to listen!