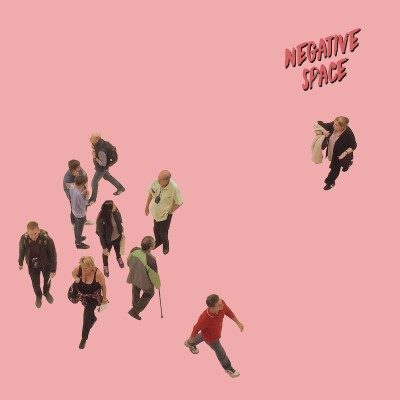 Hailing from Victoria BC, Bridal Party produce that West Coast Surf slice of indie-pop that will make you feel all warm this biting winter. Their new 5-track EP entitled Negative Space is both uplifting and insightful in equal measures, and the band release an accompanying video for lead track ‘Fruitless’ on January 9th. The promo inspired by cult class movie ‘Clerks’ features the band working the night shift at a Corner Store and intersperses song lyric vignettes. Shot, late at the night with an atmospheric pink backdrop, bringing the cover art aesthetic to the fore, it’s the perfect accompaniment.

The five-piece are Suzannah Raudaschi, Joseph Leroux, Adrian Heim, Lee Gauthier and Sean Kennedy. Negative Space is the third release since their Hot Daze release in 2015. It shows just how far the band has developed lyrically and musically, and the production is simply sumptuous. The band muses, “The concept behind the release is that Negative Space is a collection of songs about the difficult distances we find between ourselves and the ones we love. It’s our best effort at getting closer.”

From the opening riff of Joe Lerouxs’ Red Burns guitar on lead track ‘Fruitless’, Bridal Party set the tone for a beautiful mix of vintage modern, with a really catchy chorus to boot. Bass heavy ‘Makes Me Wanna’ as an ensemble piece showcases the band dynamic perfectly. Tight drum and bass, personal lyrics and guitar interplay with joint vocals give this Victoria band an edge that Canadian Beats are really excited to see their evolution.

Ahead of the video release, Canadian Beats spoke to the band and this is what they had to say!

Can you tell us a little more about the Video?

The video drew inspiration from the cult classic film “Clerks”, and the director, Koty Bannouvong expanded on the themes of romantic fantasy, youthful malaise and loneliness to accompany the lyrics. The ethos of the chorus: “I can’t love anyone, / not in this economy. / Passion is a setting sun / unless I win the lottery.” guides the video’s overarching plot.

We try and be as collaborative as possible. Suz and Joe most often are the ones to bring the beginning of a song to the band, and so far they’ve taken charge of lyrical composition, but the sound we’ve got going right now comes from our enthusiasm about weighing in on each others’ ideas. On any given track, every member of the band has had something to say about arrangement, melody, or rhythm. Lee is always thinking about production, so his ideas sometimes pertain to what might sound good on record. Sean has a real knack for transitions, the moments that make the change from verse to chorus feel natural and exciting. Adrian’s all about feel. His drumming is the room the rest of us are vibing in.

Bands like TOPS and Unknown Mortal Orchestra have had a big influence on how we play our instruments. Otherwise, we have a really diverse set of influences that change from day to day.

What is your view of the Canadian music scene at the moment – What are you guys listening to?

It’s great! Small and supportive, it seems like every town has a small niche of its own. Canadian bands that we’re listening to: Painted Fruit, Jons, Loving, Mouth Breather, Peach Pyramid, Lover’s Touch, Look Vibrant, Blessed.

Love the EP artwork Adrian – what was your inspiration?

We tossed around a lot of ideas for the cover but nothing was jumping out as the obvious choice. I’ve been into collage quite a bit lately and I put this together drawing on a photo that a friend of ours took and the concept of negative space itself. I like to reduce visual ideas to their simplest form, which I think is appropriate for this album.

Do you prefer performing live or the time in the studio?

They provide a nice break from each other and both give perspective and provide inspiration for the songs we’re working on.

They have come a long way in a very short space of time, but it’s not too late to join the party!

Catch Bridal Party live (dates below), and also check out the Feed Me or Leave Me release from March 2017, which is also excellent!