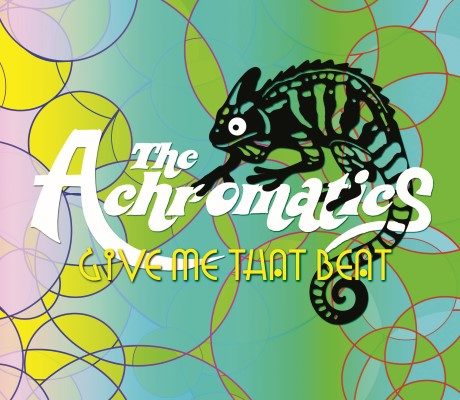 The Achromatics are a nine-member band from Toronto. They have been working hard to discover their own twist on today’s pop genre and have been said to have a mix of R&B, blues, soul, pop, tasty funk, jazz and Latin/world styles in their songs. The Achromatics have recently received a nomination for the Toronto Independent Music Awards in the Best World category. It is the band’s mission to create music that speaks to every listener and is accessible.

The Achromatics have released their first full-length album Give Me The Beat on November 24th, featuring ten tracks.

The album starts off strong with a very upbeat sound. The song that first caught my attention was “Dangerous.” It’s the second song on the album and starts off slow but quickly speeds up. This song had an interesting mix of sounds from different instruments and gave it the feel of being in a new location when listening to it. I loved that this song had me wanting to get up and dance.

The other song that captured my interest was “Alien from a strange location”, which is the fifth song on the album. The song is very catchy with its different chords and sounds mixing together to give it a completely different vibe. I played this song over and over, each time catching new things loving it more after each listen. This is my favourite song from the album and will be adding it to playlist to enjoy for a long time.

Give Me The Beat showcases The Achromatics love and dedication to their own music. Overall, the album was very well put together and had me hooked all the way through. I have really enjoyed listening to this album. If you are looking for something new to listen to, give The Achromatics a shot!