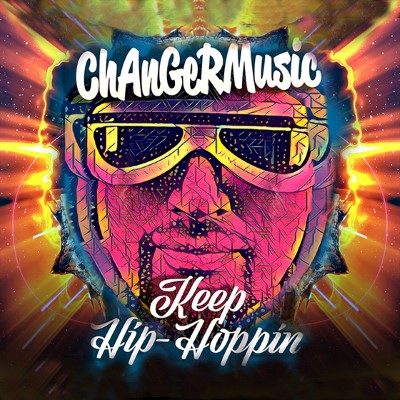 ChAnGeR has had a hard life. At 17, he became a single dad with one goal in mind: to become a hard-working artist in a hard-working town. He is determined to change the way Hip-Hop is displayed, as his music is aimed to inspire, heal and to escape.

His newest album, Keep Hip-Hoppin‘ was released on Nov. 11, 2017. This is his fifth album, which has garnered high praise. The album features a huge variety of motivational Hip-Hop songs and even a few songs that could have any sports team using it as their anthem.

As soon as the album starts, the title track is extremely catchy. The beat is heavy and pretty much guaranteed to get your head bopping and listening closely to the lyrics. Next up, “Claw Our Way” is the best underdog song I’ve ever heard. Any local sports team could use that to motivate themselves to win the next game. Which leads to “Win 1 For Me”, this track has the same motivation to drive the team, or anyone for that matter, to do their best.

“The Ship” starts heavy, with ChAnGeR hyping people up which has another sports-inspired theme, saying the team is heading to the championship. You can hear the story happening from “Claw Our Way” up to now and it’s certainly a great motivator. On the last song entitled “The Anti-Mumble Rap Song” he is joined by EastGate. On this track, he is calling out fake rappers who can’t stand up to him. The classic hip-hop diss track and it hits hard.

The last 5 songs are remixes of the former tracks so it’s a nice feel to the end of the album. The remixes are all unique and really, really good. They are songs I could see at a dance club to get everyone moving.

This album is a unique collection for a person who isn’t the biggest hip-hop fan. You can hear the motivation in every song, which gives it a modern spin on the hip-hop genre. All the songs are meant to inspire and motivate people to do whatever they want. ChAnGeR has the perfect name as he is doing just that to the Canadian Hip Hop scene.