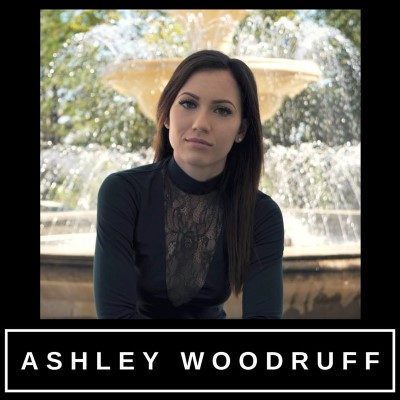 Woodruff developed her passion for singing and writing songs at an early age. At 11, she took voice lessons that later led to classical training and performing in recitals and school talent shows. As a teenager, Woodruff competed in the Kiwanis Music Festivals and released song covers online. The positive feedback she received was the fuel she needed to write and release her own songs and begin performing and working towards becoming a part of the music industry.According to Woodruff, her debut album has a wide variety of songs including upbeat, a piano ballad, and an acoustic song entitled ‘Where Did the Time Go?’

The album begins with “My Heart Always Does”, a piano-driven track with lyrics written from the heart. This is a common theme found throughout her album. Her acoustic song, “Where Did the Time Go?”, tells a story of what many of us experienced during our high school days. I am sure we can all look back and think ‘if I only knew then what I know now.’ Unlike the first song where the piano is prominent, this song is created simply using two guitars and vocals.

To add an interesting addition to the album, Woodruff included the piano ballad, “Without You”. It reminds me of something that could be used in a movie to show the protagonist going through the routine of a breakup. I think this may be my favourite on the album. Another interesting little twist to the album was “Make You Mine”. This is a darker sounding song with a fuller arrangement. It tells the story of lust, as someone seeks out a relationship and is boldly sending the message that they are interested.

Woodruff also included some guest artists on a couple of tracks;  “So Long” featuring Katrina Pomeroy and “By My Side” featuring Sherice McCoshen. This allowed Woodruff to branch out and explore her creative side by adding things such as a small rap in the middle of one of the tracks.

The album finishes with “I’m in Control”, a positive track about changing your life for the better. We all go through trials and tribulations throughout our lives. This is what helps to shape who we are. What we need to remember is that things will change and we are in control of our destiny.

The album is worth giving a listen to. Given that this was a debut album, I look forward to seeing what else Ashley Woodruff has planned for the future.