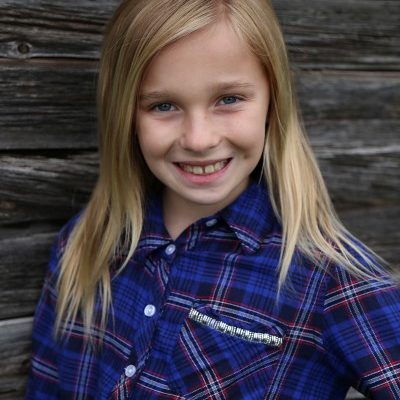 Jadyn Rylee is an emerging singer from Toronto Canada. Take a look at Jadyn’s covers of popular songs, as well as original songs in which she has earned more than 20 million views. She began singing when she was 6 years-old. Some of her most popular vocal covers posted to YouTube are songs such as “Nothing Else Matters” by Metallica and “The Sound Of Silence” by Simon and Garfunkel.

“My parents tell me that I started to sing as soon as I learned how to talk. At the age of three, I learned the hit song by Mylie Cyrus called “The Climb”. That was when my family first realized that this might be something that one day I would be good at.

Getting a vocal coach was a bit of a struggle because most schools wouldn’t teach me until I was 8 or 9 years old. After trying and trying, we found a school that was actually close to my home. They had a wonderful teacher by the name of Aura Urziceanu. We discovered that Aura was an amazing performer and had belonged to a very accomplished musical family. At the age of six I was finally able to begin taking vocal lessons with Aura.

After a couple of years we had the pleasure of continuing my coaching with a new vocal teacher by the name of Sarah Hyde. Sarah had so much experience in being a teacher as well as a performing artist. She helped me to really expand my vocal capabilities, with confidence exercises that helped me overcome the difficulty of performing in front of people.

Over the last few years I have been so lucky to meet such amazing people through music. I hope you follow along with me on this journey. It is so much fun and I am really enjoying it.”

Recently her anti-bullying song “Don’t Judge A Book By Its Cover” received over 1.5M views.

A recent cover song of Disturbed’s version is The Sound of Silence is currently 12.8M views on Facebook since a site called Memes Extreme picked it up. The original YouTube post is just over 7M views.

Jadyn’s most recent song called “Only You” has reached 942 thousand views since it’s release.

Jadyn travels to Nashville every few months where she writes and records with Curt Ryle of Big Matador Recording. She’s heading back down there early this year to write some more original music.

Canadian Beats looks forward to tracking the career of this very young up and coming singer.