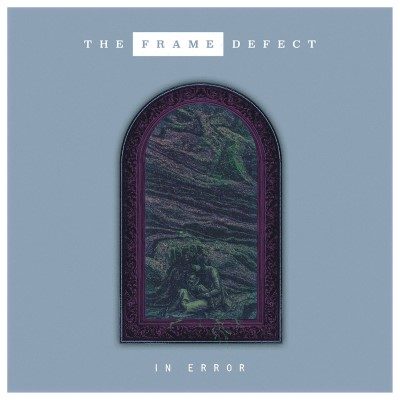 Just over a year after the release of their concept album, Selfless– a brilliant concept album that juggled the collision of societal expectations with human nature and justice- The Frame Defect have returned with their follow up release, In Error.  Since then, not only has the Toronto progressive band- consisting of returning members Milen Petzelt-Sorace (lead songwriter, piano, vocals) and Dickson Benjamin (drums) along with new members Jordan Kendal and Reid MacLean on guitar and Red Handed Denial bassist Dominick De Kauwe- been working on a new record, but they also recently embarked on a successful tour of Southern Ontario with Protest The Hero.

Rather than begin with a bang, In Error starts with a soft and beautifully played solo piano on “Prelude”. Not only does this denote a softer side to the band, but it firmly asserts the classical influence that is often unacknowledged in much modern progressive metal.  This happens again in “(H++)”, acting almost like an intermission between the hard-hitting sides to the record.  Much like its predecessor, In Error follows a lyrical theme that looks at the concept of human perfection and how technology has not only enabled certain elements of the human experience to be forgotten as a means of obtaining our socially constructed idea of perfection, but also further perpetuates it.  It is through such dedication to exploring such complex themes that The Frame Defect remains incredibly compelling and intellectually stimulating.

Musically, In Error stands as just an exciting and ambitious record.  While deeply rooted in the style of today’s progressive metal, with the inclusion of new members, The Frame Defect chose to include a wide range of eclectic influences stemming from each member’s own musical taste.  As a result, while built on a sturdy foundation of progressive metal, songs like “Residue” and “Hyperbole” embrace pop elements, while the riff-driven “Monophobic” takes from classic rock, and “On Love” feels reminiscent of the tango.  Without a doubt, this makes for one of the most interesting concepts that- despite the odds- pays off, making In Error not only an excellent example of a higher level of musicality and creativity, but also one of the most dynamic and unique progressive metal records that I have heard.

The release of In Error tops off an already successful year for The Frame Defect and sets them up for an even bigger 2018.  The band will be celebrating the release of their record at Toronto’s Bovine Sex Club on January 26th, and will then hit up Ottawa, Guelph, and Kingston.  In Error is an excellent record that avoids the pitfalls that plague many unsigned bands on their second release and stand above most of their peers in terms of delivering a progressive metal record that truly defies any expectations you have for the genre.