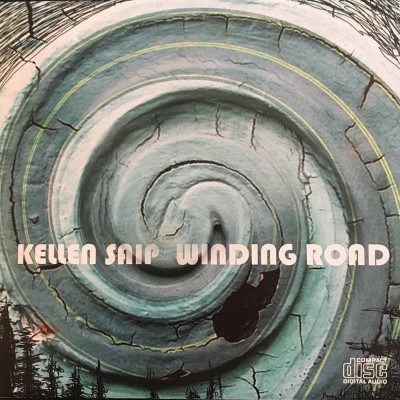 Kellen Saip is back with his recently released EP Winding Road.

The singer/songwriter hailing from Ladner, BC is not new to the music scene, with previously released albums such as 2016’s Take Me Away and 2014’s Heading Homeward already under his belt.

Saip is described as an old soul with a forever young mentality. “His lyrics and vocals together deliver an intimate experience that can one minute be sweet and silky like a fine wine and the next raspy and strong that hits you harder than a cheap shot of whiskey.” This shines through on his most recent release.

Saip describes the songs on his latest EP as ones that gravitate around the feelings of acceptance within oneself. It portrays the dealings with good and evil and learning not to run from problems because the shadows will just get bigger. This is something that we can all relate to as we travel the unknown journey we call life.

The album begins with ‘Shadow On Your Path’, a song with tasteful, sparse guitar arrangements using both electric and acoustic, and soaked in reverb. This track has a strong blues-rock influence and reminds me of Hootie and the Blowfish. If this is your type of music, you’ll definitely enjoy this track.

‘Devil’s Payday’ is definitely my favourite track from the EP. It caught my attention right from the beginning. There is a darker sound in both lyrical content and this musical arrangement.

The album ends with’ Breath Of Heaven (Live)’. One of the neat things about this track is that it was recorded from a live performance. Nothing shows true talent like a live performance. With studio recording, you can record and re-record until you get something that you are happy with. Live performances are raw. I especially enjoyed this track for that reason. Saip simply played a melody on his guitar and allowed his voice show the emotions of the song.   It gave the illusion of the raw, intimate experience of being front row in a pub setting.

Saip has had a pretty busy year between creating his newest EP and playing many live shows. If you are a fan of the 90’s Blues Rock era, you definitely need to check out Winding Road. You will definitely be in for a treat!