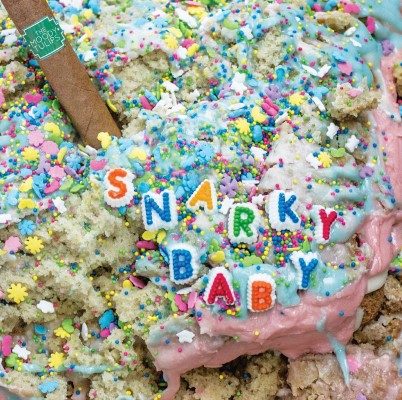 Indie Rock band The Moody Tulips refers to themselves as “Toronto lo-fi” but haven’t fully distinguished between lo-fidelity and low quality. It’s grungy rock gone wrong-  the self-produced tracks are raucous but without much thematic substance for support. What results is a flurry of forgettable melodies and amateur instrumental ideas. After twenty minutes of unwarranted cymbal overuse and lethargic singing to sound aloof, the EP falls somewhere between the impulses of teenage angst and a recycled GarageBand project.

The exception is the standout single “This Separation of Mine”. It’s framed by a gentle guitar that gives off a relatable, though somewhat ironic clarity, as though we’re standing on a shoreline in reflection. The unaccompanied line returns after moving through a lively soft-rock section that pairs well with the lyrical themes of uncertainty. It’s the most enthralling track, disclosing the emotions of a troubled mind and balancing them with foot-tapping arrangements.

The rest of the EP could double as the soundtrack for an early 2000s chick flick, you know the type-  where a group of attractive 20-somethings hit up a spring break vacation hotspot of sorts. That would explain “Too Far,” which starts with a quick laugh before it quickly unfolds into a surf rock inspired track. The reverb-soaked guitar is met with the lyrics “one simple cell should be enough” rehashed over the chorus. They keep up a respectable groove, but Weezer already beat them to it over a decade ago. On “Hate It All”, the extreme instrumental distortion parallels their rage but the sound masses are short-lived and inconsequential.

Despite the lack of substance, The Moody Tulips have built a foundation that recognizes their influences. The overarching issue is that new music shouldn’t be centered on replication. There’s been a market for this alt-rock subgenre in the past; if the group nuances the aesthetic with original ideas and thorough production, success is plausible in the future. Unfortunately, the grittiness comes off more sloppy than effortless throughout Snarky Baby.