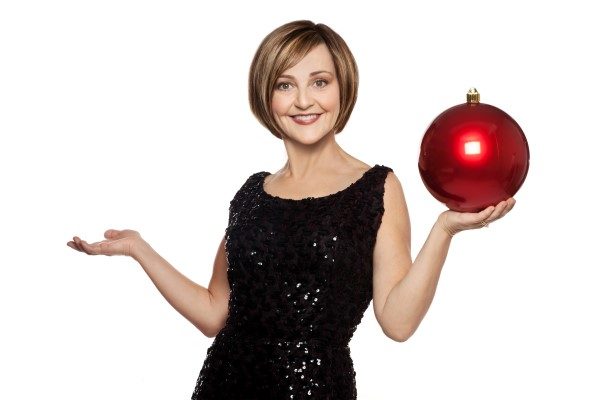 Christmas is a special time of the year, no matter where you are in the world. It’s full of traditions, creating memories, great food, and of course the music. Christmas music leaves you with a special feeling of home and family that you can’t really describe. It can remind us of the past, the magic of love and family, and also having fun. Heather Rankin has been in the music business for years, with and without her family to guide her. She and her siblings have been a staple in the East Coast and all across Canada ever since I was a child and while they’ve been quiet for the last little while, it’s nice to hear the Rankin name once again.

Her love of Christmas music is obvious when you listen to her new holiday album, Imagine. And you can’t deny that it gets you into the spirit of the season and longing for Christmases past. I was honoured to be able to sit down and come up with a few questions for Heather. Check out her single, “Wrap It Up” and read our interview below to find out why she loves the season so much and what some of her favourite traditions were growing up.

You have recorded Christmas albums with your siblings in the past. Was there a specific reason to record a solo Christmas album now, and how is Imagine different?

I toured with my sisters singing Christmas music for years and it became a tradition for us. That was our Christmas together. I love Christmas music. I grew up singing in the church choir and that was always an exciting time as a kid.

Since I released my debut solo record I’ve slowly been making my way back into the music circles and I’ve been receiving invitations to guest in other artists’ Christmas shows. I was drawing from material I sang with my sisters so that inspired me to start arranging some new carols and writing some of my own songs.

I think that’s the biggest difference between my CD, “Imagine” and the music recorded on “Do You Hear” with my sisters. There are six original songs on my Christmas record and I had a hand in writing five of them. These songs are from my perspective, directly from my memories, my experience.

“Imagine” is your title track, but it’s not a traditional Christmas song. Is there a story behind why you chose to add the track to the album and use it as the title?

“Imagine” is one of the most beautiful songs ever written. I think this song says it all. Peace and goodwill for all is what we all hope for during this season. We are living in a time when we are supposed to be advanced but lately, there seems to be a heightened anxiety, a great disconnect in the world. Now is the time we need to embrace our differences if we want to bring about change.

What is your favourite song on the album and why?

It changes for me daily. I love the arrangements of the traditional carols, “Once In Royal David’s City” and “Silent Night” especially with the accompaniment of the St. Michael’s Choir School.  I also really enjoyed drawing on my own memories and writing new songs for the season. “Dark Eyes (lullaby) written and performed with Alex Cuba and Steven MacKinnon is a favourite. And then there’s “Wrap It Up” which is reminiscent of the music I performed with my family. It’s a lively track and I get the chance to let loose. It’s a fun party song! It keeps changing for me.

What was it like working with Alex Cuba? How did that collaboration come about?

This year in celebration of 150 years of confederation I was invited to participate in a 150-day sailing journey of the three coasts of Canada called the Canada C3 Expedition. I participated in the second leg and Alex Cuba was one of three artists on that leg. Inspired by our experience and in the spirit of reconciliation we wrote a song together with Andrea Menard called “River of Nations”. With inclusion and diversity in mind, I thought it would be nice to invite Alex to write and perform on a track. He’s such a talented musician I was thrilled when he agreed to jump on board. I love how that collaboration turned out. I really like how our voices sound together.

Can you tell me a little bit more about the meaning behind “A Text from God”?

The song, “A Text from God” was written by my friend, David Tyson. I think it’s a brilliant song. It’s a modern-day prayer that cleverly juxtaposes contemporary ideas with a very traditional sounding melody.

Can you tell us about the inspiration behind the single “Wrap It Up”?

This song was inspired by a homemade batch of eggnog gone wrong or right, depending how you look at it. I wanted to write the kind of song the Rankins would have sung back in the dance hall days, a fun tune that makes you want to dance!

Do you have any favourite Christmas albums (by other artists) that you swear by during the holiday season?

Are there any Christmas traditions you still cherish from your childhood and still partake in today?

Growing up in the Rankin household, we enjoyed a feast on Christmas Eve. The family attended Midnight Mass while the girls sang in the Church Choir. When my mother was no longer with us and most of my siblings were dispersed in other parts of the world I continued that tradition but earlier in the evening. As I get older I’m becoming more open to changing things up from year to year, but you’ve got to have eggnog with lots of brandy!