Five Questions With The Crowleys 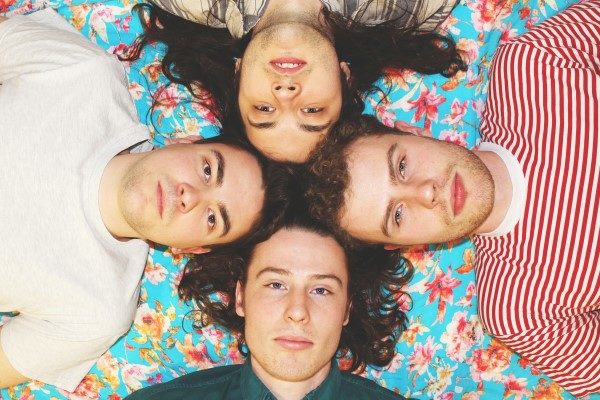 Hamilton-based band, The Crowleys have recently released an animated video for their single, “Midnight Blue”. You can watch the video below, and also check out our newest segment of Five Questions With to find out more about them!

We’re The Crowleys, we’re four musicians from Hamilton Ontario. We’ve been playing music together from before we even knew how to play music. We were happy practicing in our basement for about fours years but decided to venture into the outside world. We like it out here 🙂 but we still like retreating to the basement from time to time.

We write a most of our music together during practice. Someone will bring a chord progression or the beginnings of a song and we will work together to figure out the structure, and the extra bits and pieces. Consequently, each song will have several influences within it, which we think gives it a unique style. Our sound is constantly changing ever so slightly because I don’t think we have the attention span to stay grounded in a specific genre. Like we said above, we played music in a basement together for a really long time, and so each member works well at blending into a song as opposed to trying to be the stand-out part.

We have an upcoming show for Exclaim’s Class of 2018 in Hamilton at The Casbah with good pals Jaunt and The Bandicoots, and local rapper Emay. It is the first time that Dan Burke’s Class of… series is coming to Hamilton, so it will be really exciting! Grab your tickets HERE.

After that, we are playing in Toronto at the Baby G with Spaceface, the side project of the guitarist from the Flaming Lips. We are all expected to be floored by this show and couldn’t be more stoked. Luna Li is the other supporting band and they are killer as well. Get more info HERE. Tickets HERE.

After that we are booking some shows for a mini-tour around Southern Ontario, more details will be on our social media accounts.

We’ve always worked hard to put on a great live show when you can go see a multi-million dollar film or stream unlimited music for 10 dollars, we have to work hard to make sure people get their money’s worth and have a good time! We always try to make sure that people groove to our music, and want to get down on the dance floor, while still playing music we love.

Probably the new single, Midnight Blue. It is weird but catchy, and the ending will have you on your feet. It is a good indicator as to the natural progression the band is taking, and some foreshadowing for future Crowleys’ releases (maybe less vocoder though, maybe more – who knows?).

There is a TON of good music coming from all over the country right now so it will be hard to narrow it down, but here are some, loosely based on location:

-We all are reallllllly digging Andy Shauf’s two most recent releases, that dude can tell a story through lyrics like no other. I guess being out in Saskatchewan leads to a lot of time for introspection and making up your own stories.

-The Toronto scene with bands with serious talent like BBNG and Timber Timbre, as well as bands with beautiful sounds like Charlotte Day Wilson and Jaunt.

-Hamilton will always be in our hearts with local buds Coszmos Quartette, The Bandicoots, Shade(Pet Sun), Delta Days, The Ferns, Reiki Share and Free Love