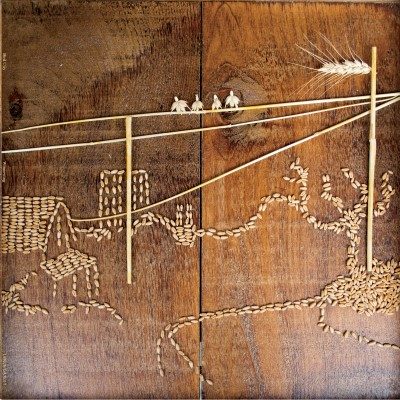 Jenny Mitchell, better known as Bird City has been working on her debut album Winnowing for 3 years, perfecting everything about it along the way. Every song is played with a banjo or tenor guitar making the sound, right off the bat, different from anything you’ve ever heard before.

The style sounds very similar to Karen O & the Kids (most notable from Where the Wild Things Are soundtrack & lead vocals of the Yeah Yeah Yeahs).  Bird City’s vocals are very clear and mellow, making the entire album a relaxing listen.

The opening song, which is the album title track, opens the album strong, giving you a feel of what is to come on the album which is a unique mix of sounds and styles throughout the entire album. Songs like “Feel It in the Dark” pick the tempo up and have you moving along to it while songs like “It Fell” slow it down again but that certainly doesn’t make the album bad.

The big variety of music styles on this album is intriguing, to say the least. It’s great how one song can be upbeat and energizing and it can easily switch to a slower pace and not feel wrong. Bird City’s unique sound will draw people in and keep people listening and wanting more as soon as the album is finished.