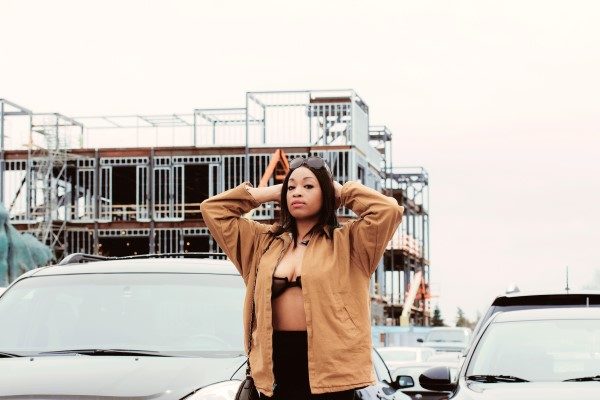 We had a chat with the Toronto based artist, Ekelle. She has recently released a single entitled “Love Killa” which was part of her One Song a Month campaign where she was releasing one new song onto her music platforms each month until her debut project drops in Winter of 2018. Find out more about Ekelle below in our newest segment of Five Questions With!

Hey everyone, my name is Ekelle and I’m an artist from Toronto, hailing from the West end who mostly raps and does a little ‘singing’ from time to time.

I would describe my music as Hood Pop, meaning that it’s the popular style that everyone can get down with but there are definitely some hood/ghetto/rachet parts to it. I write about my own life experiences whether good or bad – I don’t try to be anything I’m not. I’m on a mellow-hype to turn up vibe.

I will be appearing on the web series Tdot Underground and being interviewed by Hott TV in the next couple weeks so definitely look out for those!

In terms of performance, I try to relate to my audience before I begin. I’ll tell them who I am and what I’m about and usually explain the sing a bit. I like to get a sense of the crowd I’m dealing with. I like to move around and try to get to all parts of the stage.

I would have to say ‘Love Killa’ because it touches on what I’m all about; some rap, some singing, a little odd, chill, sexual and honest.

Right now I can say that I’m feeling Ikeno’s rhymes, Ray Lovely’s style and 209 Crizzy’s production. Roy Woods also has a great sound. On a side note I’m always waiting for Fefe Dobson’s return, ‘Bye Bye Boyfriend’ was the jam!