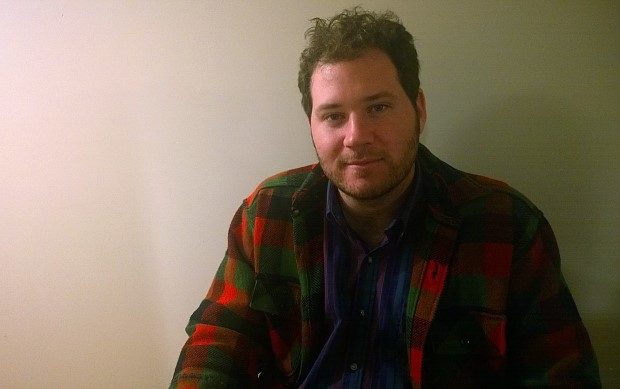 Toronto’s own singer-songwriter, Dave Allen has recently released his debut solo album, When The Demons Come. He has also released a single from the album entitled “Plainview” along with accompanying music video. Check out the music video above.

When asked about the video, Dave comments,

“The video for ‘Plainview’ was filmed in Creemore, Ontario at St. Lukes Anglican Church. It is the same church I recorded some of the album in. My friend and colleague Dave Murray (Half Acre Films) filmed it with me – Dave had filmed a number videos for my previous band Stonetrotter. It was an insular project, it was just Dave and I, no film crew, he brought what gear he had at home and I borrowed a number of ‘prop’ instruments from friends in the area and we started plugging away at bringing the concept to life. It was an intimate, creative project and collaborative at its core. Dave would be hitting play on the track, guiding me into shots, we’d roll a take, and I’d quickly get out of the scene switch up wardrobe and hop on another instrument; and then do it again – we did this all day for all different instruments. It was really a great learning experience for me to see the great attention to detail, planning and organization that has to go into set arrangement, timing, filming and editing of video. Dave is really great at all these things. I always thought it’d be an interesting and quirky film experiment to try and perform live a song, but as three or four different versions of myself, the idea stemming from an old Nilsson BBC broadcast. Dave helped to realize the idea and make it happen in a music video. In a time of great self-awareness, I think the videos suiting… It’s a natural and humorous reflection on the creation process, I got to throw a few nods out to my heroes in it, and more so than anything its just supposed to be entertaining.”