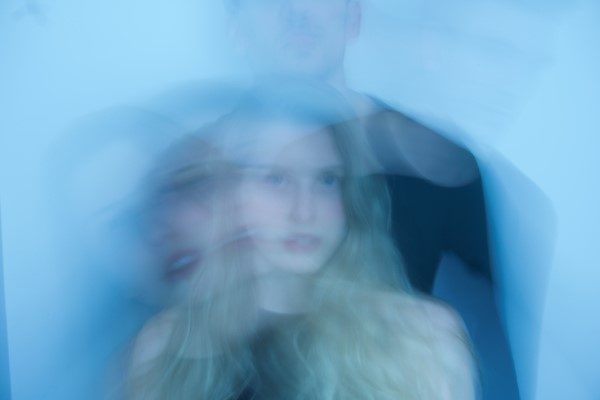 We recently had a chat with Vancouver based duo, Chris Kelly and Nicole Gibson. The two have released a new single, along with accompanying music video entitled “Dream Out Loud”. The video showcases Chris and Nicole visiting well-known locations throughout Vancouver, where they leave balloons with messages on them at each place they visit. When asked about the song, they state,

“The song ha a nostalgic vibe about it and was inspired by childhood friendships and being a kid and dreaming about the future and what was to come.”

You can check out the video below and find out more about Chris and Nicole via our newest Five Questions With segment.

Hello! We are Chris Kelly and Nicole Gibson and we are a musical duo based in Vancouver, BC! We met at a merch table in Montreal a few years ago, when we were playing a show together, But it wasn’t until August 2016, after coming back from a trip together when we asked ourselves why aren’t we making music together? So the day we got back from that trip we made our first YouTube cover and then promised ourselves we would do them weekly for a year (which we did!). We officially became a duo with our original music in April 2017, when we released our first, original single the title track of our EP, ‘Out of the Dark’. We just wrapped up releasing our first EP which was inspired by chasing your dreams and following what lights you up inside, with our latest single ‘Dream Out Loud’ which we released in early December. Now we are working on our next EP and booking live shows for the spring and summer of next year!

Nicole: I would say we are somewhere along the lines of indie-pop-dark rock but are settling into a more dark side of the spectrum moving forward. To be honest we suffered from a bit of an identity crisis when writing our EP Out of the Dark. The EP has a common thread throughout it but at the same time, all the songs are quite different from one another when you listen through. Each song has very a different vibe. For the next EP we’re more focused and are honing in on what sounds we like and seeing what feels right and true to us now. I think this happens to a lot of bands with their first work, your just sort of seeing what sticks, trying stuff out to see what is right for you.

Chris: Yeah with Out of the Dark each song was a piece of a puzzle and once you put the puzzle together it made sense altogether, but at the same time it also created some kind of Frankenstine-ish puzzle. Since we had such a change in recording equipment and sound throughout the year we recorded it, from moving to Vancouver and changing equipment, this was a large part of the reason why that was. We write whenever we feel inspired by a certain event, someone, emotion or just life in general, whatever triggers a song. And I think with Out of the Dark each song really emotes that. But we are excited to move into the next chapter with a more steady recording situation for our next EP!

Chris: Nicole and I have a lot of experience with live performances from previous bands. And having fronted multiple bands before we are both very comfortable playing live. For this project, we have not yet played in front of people as we are taking our time and making sure all the pieces fit. But we are excited for when we are ready to show people what we can do.

Nicole: As of now we haven’t announced any shows but we are working hard on it! Our EP releases and other shows will be happening in the spring of next year. So make sure to follow us on social media to hear when the first show will be. For how we are live, as Chris said we have lots of experience playing live from previous projects but expect some great harmonies and a fun time!

Chris: My favourite is Out of the Dark but I also really like Battleborn. If I had to choose just one it would be Out of the Dark because I think it is a cool song and it represents a lot of what we can do as artists and the mix of acoustic and electric sound is something I personally like a lot and I think Out of the Dark has that perfect blend of both worlds.

Nicole: I really love Can’t Stop Me Now but I feel like Out of the Dark is very much us. It also really kicked off the whole inspiration and baseline of this EP. I also think that was the song that we were like okay we can do this.

Nicole: Mother Mother is one of my favourite bands of all time and they were one of the first concerts I ever went to so they had a big impact on me. I also love Dan Mangan. I feel like I sort of grew up on these bands since they are from Vancouver and have such a presence here. I would always be running around to their shows. The Damn truth and Les DeuxLuxes from Montreal are great and of course Feist!

Chris: I would have to say City and Colour, Billy Talent and Sum 41.