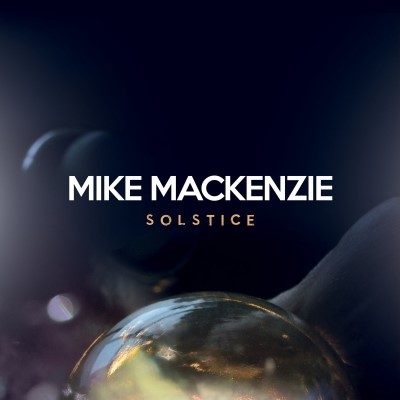 Mike MacKenzie, a dynamic guitarist, singer and songwriter based out of Calgary, Alberta, is back with the independent release of Solstice, the follow-up to his 2014 debut album, Natural Causes.

The album begins with a solo acoustic guitar playing the central riff of the song, “Solar Winds”. This was quickly accompanied by drums, electric guitar and an organ to polish off the melody.

MacKenzie adds some variety to his album with tracks such as “Sylvan” and “Between Words” that give more of a funky feel. To top this off, he adds an organ solo in “Sylvan”, allowing the guitar to take the back seat for a while.

“Turquoise” is yet another surprise on the album. No vocals are heard on this track, just a creative mix of melodies and harmonies staying true to his funky, progressive rock vibes. It was definitely a creative touch to add to the album.

The album finishes with “Birds of Prey”, another track with an interesting musical arrangement yet no vocals, which starts off as an upbeat, barn burner type of song before suddenly transitioning into a slower, smooth, soulful sound. From this, it builds momentum and eventually winds back down to a simple guitar section to close.

The album is very guitar focused, which is no surprise given that fact that MacKenzie’s musical experience is sculpted by teaching guitar and years of experimenting with his own writing/recording techniques.  He has definitely put his experimenting and creativity to use throughout the album.

With his variety of riffs and melodies, creative placements of instruments, and the blend of blue rock with progressive rock, lead breaks and funky vibes to generate an eclectic arrangement of sounds, MacKenzie leaves you with an adventure that you definitely don’t want to miss.