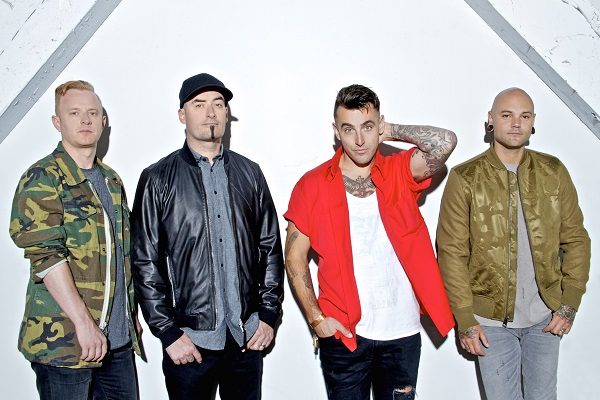 December 6, 2017, MusiCounts, Canada’s leading music education charity, was pleased to announce JUNO Award winning band Hedley will sponsor the 2018 MusiCounts Teacher of the Year Award. Established in 2005, the Award pays tribute to the accomplishments of one exceptional music teacher each year. Nominations are now open and can be made via musicounts.ca until January 5, 2018.

“We’re thrilled that Hedley is sponsoring the 2018 MusiCounts Teacher of the Year Award,” said Kristy Fletcher, Director, MusiCounts. “Hedley’s music resonates with a young audience, making them the perfect choice to sponsor an award that recognizes teachers who positively impact the lives of his or her students.”

“Music teachers empower and inspire the next generation of Canadian artists,” said Hedley frontman Jacob Hoggard. “Without dedicated teachers, there would be no music class. That’s why it was so important for us to sponsor the MusiCounts Teacher of the Year Award to recognize and honour their amazing work.”

MusiCounts, Canada’s music education charity associated with CARAS and the JUNO Awards is keeping music alive in schools and communities across Canada by putting musical instruments into the hands of children that need them most. MusiCounts’ mission is to ensure that youth in Canada have access to music programs through their schools and communities. MusiCounts celebrates musical excellence and achieves its mission through its Band Aid Program, the MusiCounts TD Community Music Program, the MusiCounts Teacher of the Year Award, Scholarships and other music education initiatives. MusiCounts is funded by many of Canada’s most dedicated corporate citizens including and especially TD Bank Group, Bell Media, SiriusXM Canada, Music Canada, Vista Radio, and The Hot Topic Foundation. MusiCounts has been supported since inception by Sony Music Entertainment Canada Inc., Universal Music Canada, Warner Music Canada Ltd., JUNO Songwriters’ Circle and JUNO Cup. MusiCounts was established in 1997, and has awarded over $10,000,000 in support of music education in Canada. These funds have benefitted nearly 1,000 schools and communities, supported over 350 post-secondary music program graduates, and honoured 12 extraordinary music teachers and one MusiCounts ambassador.