Five Questions With The Hope State 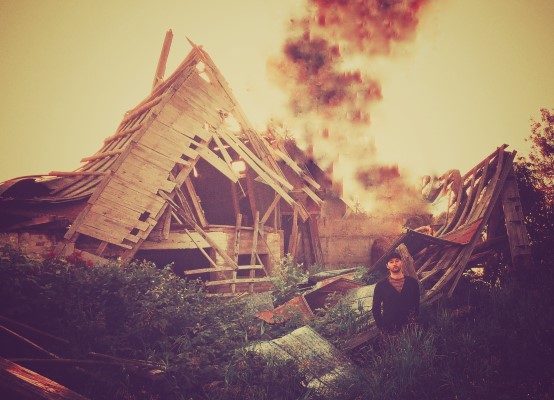 We had a chat with Taylor Johnson, aka The Hope State in the form of Five Questions With. The Hope State has two shows left at The Cameron House in Toronto as part of his residency there. Find out more about this Canadian talent and his upcoming shows below!

I’m Taylor Johnson but I perform under the name The Hope State because although I don’t get to play with a band often, that’s what it has always been intended to be. Currently, I suppose I’m more of a singer-songwriter out of Toronto.

My writing style is all over the place. I’ve worked as a songwriter since I was 18 and write for every genre so they all have a way of creeping in. There are certainly elements of folk, indie rock, country and even hip-hop but at the end of the day it’s pop music… generally sad pop music though. I tackle a lot of subjects like regret, loss, and addiction. Always trying to convey things in a hopeful way as best I can. Although making people sad is kind of my thing, I want everyone to feel good about it. If that makes sense? I’ve been getting compared to the likes of Julien Baker, Shakey Graves and Andy Shauf. It’s hard for me to agree, or see myself in the same light as amazing artists like that, but I take it as the highest compliment.

I have two shows coming up at The Cameron House in December on the 13th and 20th. I’ll be doing the early 6-8 slot, which I love. It’s so nice to play a show and still have a whole night ahead. It suits my old soul. At the moment it’s just me and my guitar. There are almost always some tears, some laughs and everything in between. I also try to feature a guest performer, which has been very exciting. Whether it’s a member of a band like The Strumbellas doing a few songs or a solo artist it’s always an honour for me… and gives people a nice break from looking at my face. I’ll also be doing some full band shows/tours very soon when the album gets closer to being released

That’s a tough one. I think I’m going to have to cheat on this one. Right now I’d have to say “Just Survive”. It’s one of my more up-tempo songs but still deals with very mournful subject matter that is close to my heart. I love playing it live because I can see that it resonates with a lot of people and is a subject that isn’t often sang about. But the people’s choice is certainly “Lifetime”.

Where to begin. I listen to so much Canadian content. I always gravitate to the amazing singer-songwriters Canada has to offer such as Andy Shauf, Dan Mangan, Rufus Wainwright, Neil Young, and so on, but also amazing bands like Arcade Fire, Timber Timbre, Hey Rosetta! and The Arkells. I’ve got a soft spot for Drake and Alexisonfire too. I’m all over the map.