The 420 Music & Arts Festival & Expo is back for round two 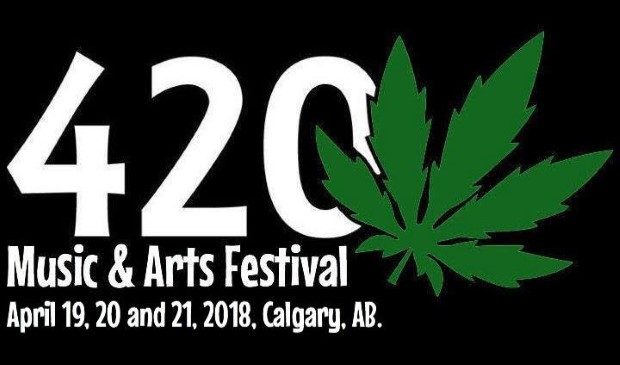 The 420 Music & Arts Festival is a three-day celebration from April 12-22, 2018, featuring 24 bands, ranging from Stoner Rock, Desert Rock, Doom and Sludge metal and the culture around 420. A few bands that are currently confirmed for the 2018 lineup are:

La Chinga hailing from Vancouver is a rock-trio. Drawing influences from Sabbath, Zeppelin and MC5 while bringing in their on psychedelic-rock styles will have you partying through the rest of the festival.

Orbital Express from Regina brings in some old 80s metal vibes with a more hard rock punch. Yet mixing in elements of stoner-rock, this band will have something for everyone at the festival.

The Electric Revival is a name you’ve heard in and outside of the Calgary scene. Going since 2009, this band stays true to the classic rock, punk and metal styles with just some guitars, amps and drums. No matter what your taste is, you’re sure to be partying with these three guys.

Though the official schedule is yet to be announced, you can still check out last year’s line-up and schedule HERE.

The rest of the line up will be announced at a later date. Along with all the amazing music, the festival will also include various vendors and local artists, artisans and craftsmanship which will be up for sale.

The festival is presented by Big Rock Brewery and Metalheads United will be offering the first 50 tickets for a limited price of 50$. Early bird passes are available online only at the festival store.

Festival passes give fans entry to Distortion on April 19-21 plus the Expo on Sunday, April 22, 2018, and additional 420 Music and Arts Festival Events to be announced at a later date.