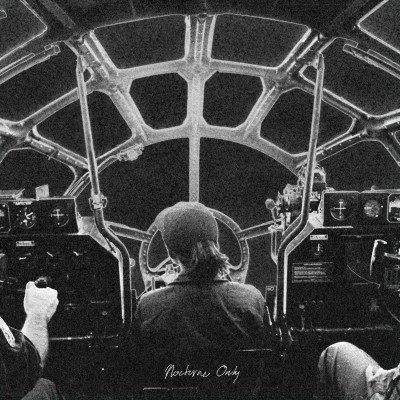 The Manvils is a name you probably recognize in the Canadian music scene. Their songs have reached thousands of views on YouTube and they are currently working on their third full-length album due early in the new year, but the lead singer wasn’t just working on that, he has his own solo album out now.

Mikey Manville released Nocturne Only on Nov. 24, 2017, independently with songs he has written over the years. Each song has a story to it, which I can fully appreciate. If you write a song with no meaning, what’s the point? Some songs cover darkness and tension between himself and a woman in his life, another is dedicated to how much he loves his wife and there is even a song he wrote about his cat.

It’s interesting to see the many concepts he puts into each song, making each track feel special and unique. The balance between the music and lyrics exist perfectly together, not overpowering each other. Some songs are more upbeat, good for a long drive with a friend, while others evoke that “Put on your headphones in a dark room and escape” kind of vibe.

Since this is Manville’s first solo outing, he didn’t take any cliche tropes, making something catchy or something that sounds exactly like the band he came from. He knew this would be different and it worked extremely well. This is an album I’m going to listen to time and time again, as each listen, you hear something new. After a few playthroughs of “Renee” and finding out it’s about his cat, your whole perspective changes and makes the song more enjoyable.

This album is great for anyone who enjoys all around good, pure music. Manville went all out for his first solo album and it shows. This is an album you should certainly check out. It even has to be placed on my favourite Canadian albums of this year. It’s just that good!