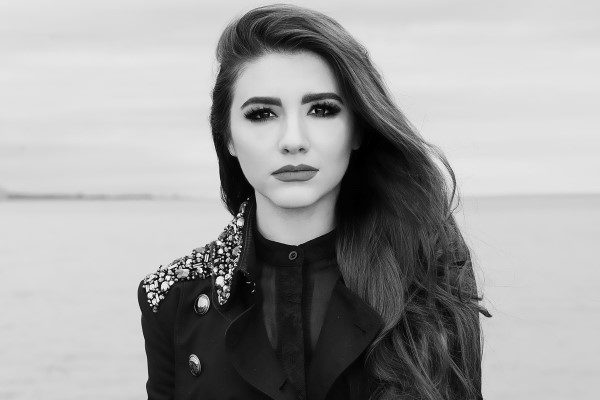 Ontario born Musician/actress and Degrassi star Ana Golja (Muazana) has just released six tracks prior to the 2018 release of her debut EP Epilogue. The Epilogue Chapters 1-3 are available now via iTunes and Spotify. Canadian Beats had the chance to chat with Ana about her music, writing and even her pet peeves. Check out what Ana had to say below.

I am a Canadian singer/songwriter/actress. I started my acting career when I was 9 years old and started writing music when I was about 16/17 years old. This EP has been in the works for a very long time so I am beyond excited to finally be releasing it!

Did you always want to take on music on top of acting?

I always knew I wanted to become a singer/songwriter… I just wasn’t sure how to get that process started. I reached out to exec producer of Degrassi (during my time on the show), Stephen Stohn, and he gave me some advice and later introduced me to my now music manager, Aubrey Winfield. Aubrey linked me to a few co-writers/producers and from there, the ball just started rolling!

What are your biggest musical influences?

I have so many musical influences! I am super inspired by Adele, Sam Smith, Amy Winehouse and Christina Aguilera as well as the classics like Etta James and Dinah Washington.

Your songs sound very personal and heartfelt, where do you get the inspiration for your songwriting?

The songs are all very personal. I got my inspiration from the experiences I was going through in my life at the time — during a period of “emotional growth” so to say…haha! I pretty much documented everything I was going through, every step of the way and somehow, turned them into songs!

Why did you decide to release your upcoming EP “Epilogue” in Chapters?

Coming from the world of storytelling and television, much of it is episodic. In the case of my music, I wanted to present different chapters of my experiences that people could consume one at a time, just like I did. However, when all the chapters are stitched together, they kind of make up a movie — a full experience with a beginning, middle and end.

What can we expect next, maybe a tour, more acting roles, full-length release?

There’s so much to expect! I have a film coming out in Spring 2018 titled “Crazy for the Boys”, which is about 5 girls who come to together to form a girl band(with a bullying prevention theme). I am also currently in pre-production for a film that I am starring in, as well as co-producing! And then of course..you can also expect more music and perhaps some live performances. 😉 You’ll have to stay tuned to all my socials to find out

We like to include a just for fun portion of our interviews to help your fans get to know you just a little better, ready?

What is the most played track on your personal playlist currently?

Too Good At Goodbyes by Sam Smith.

If you had to pick ONLY one, music or acting?

I CANT CHOOSE! That’s like asking a parent who their favourite child is — it’s just not possible. I’m sorry!

Tardiness. I really dislike when people are late because it just seems like a lack of respect for someone else’s time!

Nutella and Netflix. Forever and always!

What was the first concert you ever saw?

Hilary Duff at the Molson Amphitheatre in Toronto!

If you could collaborate with any Canadian artist(s), who would it be?

Hate to be cliche…but either Drake or The Weeknd.

Last but not least, do you have anything you would like to say to your fans?

I hope you all enjoy the EP! I know I made you wait a LONG time for it… but I hope you guys think it was worth the wait! Please let me know your thoughts on social media!