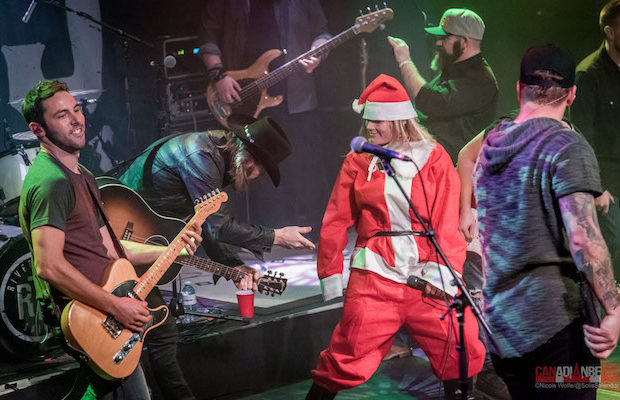 Barrie, Ontario knows how to party! They also are great supporters of good causes and their local Country radio station, KICX 106. It is no wonder that the house, Mavricks Music Hall, was packed for the city’s best party of the season, all to raise funds and awareness for Radio For Cardiology.

What is Radio for Cardiology, you ask?

The gold standard of cardiac care means receiving treatment in a cardiac catheterization lab (cath lab) within 90 minutes of having a heart attack. The closest cath lab in the region is at Southlake Regional Health Centre in Newmarket. Unfortunately, this means most Simcoe Muskoka residents live outside this critical window of opportunity. In fact, Simcoe Muskoka is the only region in the province without advanced cardiac services. As a result, every year more than 3,500 heart patients must travel to centres outside the region for lifesaving cardiac care.

KICX 106 and 104.1 The DOCK first pledged $500,000 to support the purchase of a cardiac catheterization lab to be installed at Royal Victoria Regional Health Centre. After raising over $450,000, they decided to double their previous commitment and raise a total of $1-Million!

We asked the artists performing at the Christmas concert why they wanted to be a part of such an important community initiative and this is what they had to say!

What better way to bring people together to continue to work toward this goal is to include music, brought to us by Impact Live. Three fabulous acts came to do what they do best; entertain the crowd.

First up was Rob Watts Band. Watts has a way of interacting with his audience and is a Barrie area favourite. Starting off with “These Are Our Years”, mixing in a few covers and ending with their current single, “Good Time On” (Released May 2017), the 45 minute set flew by. 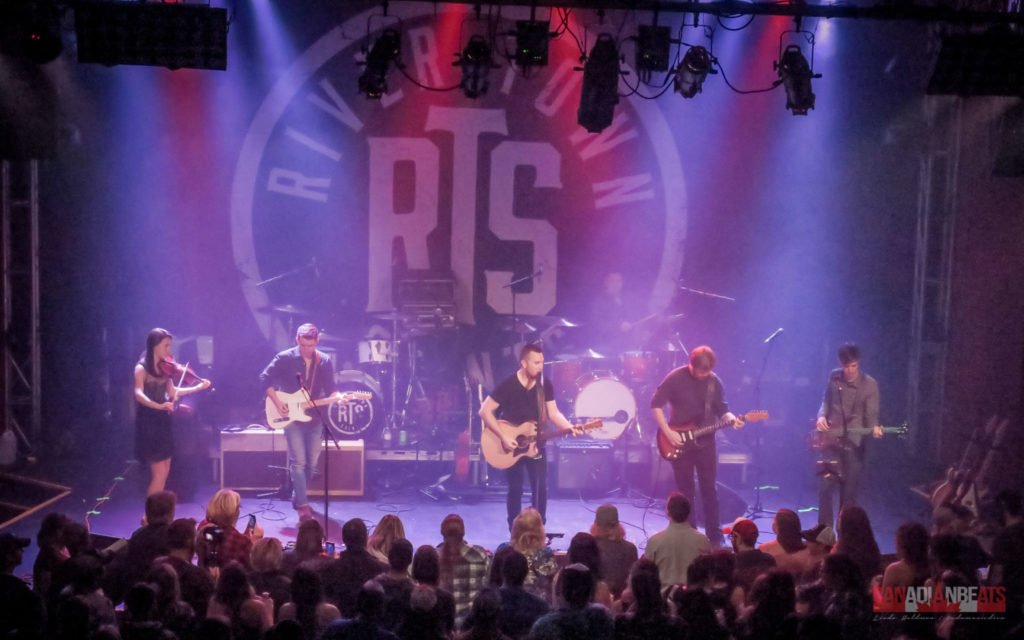 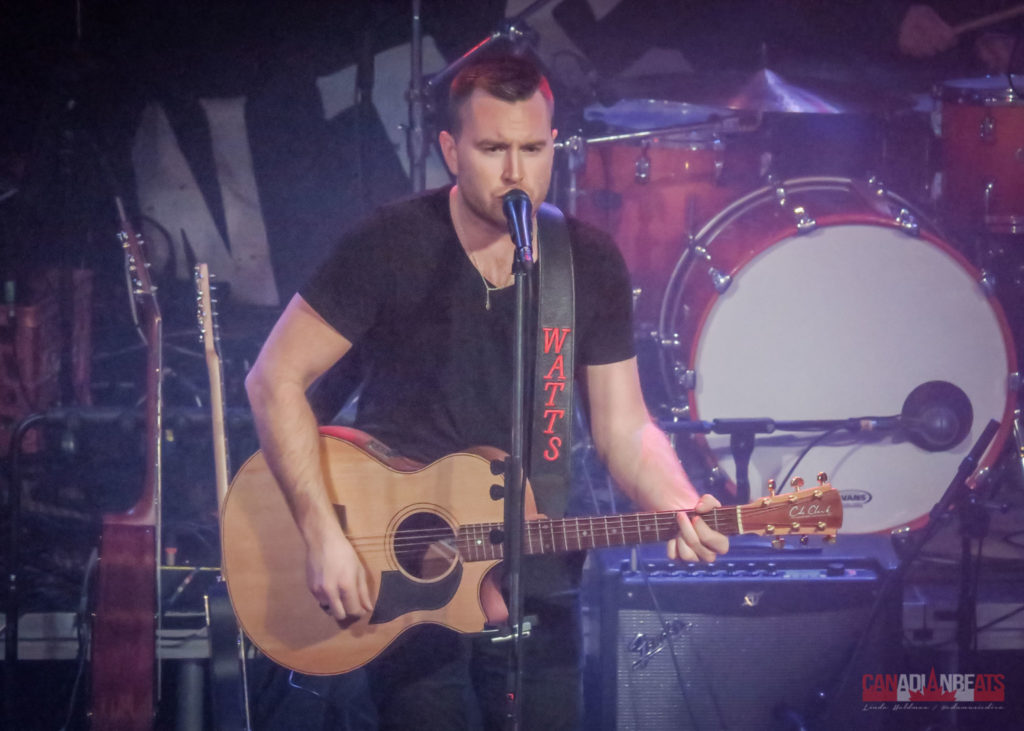 What happened next got the crowd going even more! Walking onto the stage with the Grey Cup in tow, were several members of The Toronto Argonauts Football Team. The Argos are the 2017 Champions, who took the cup on November 26th, beating the Calgary Stampeders 27 to 24. After some celebrations on stage, the players mingled with the fans for the remainder of the night. Photo opportunities, and a little swig from the cup, were available with the Grey Cup and players. 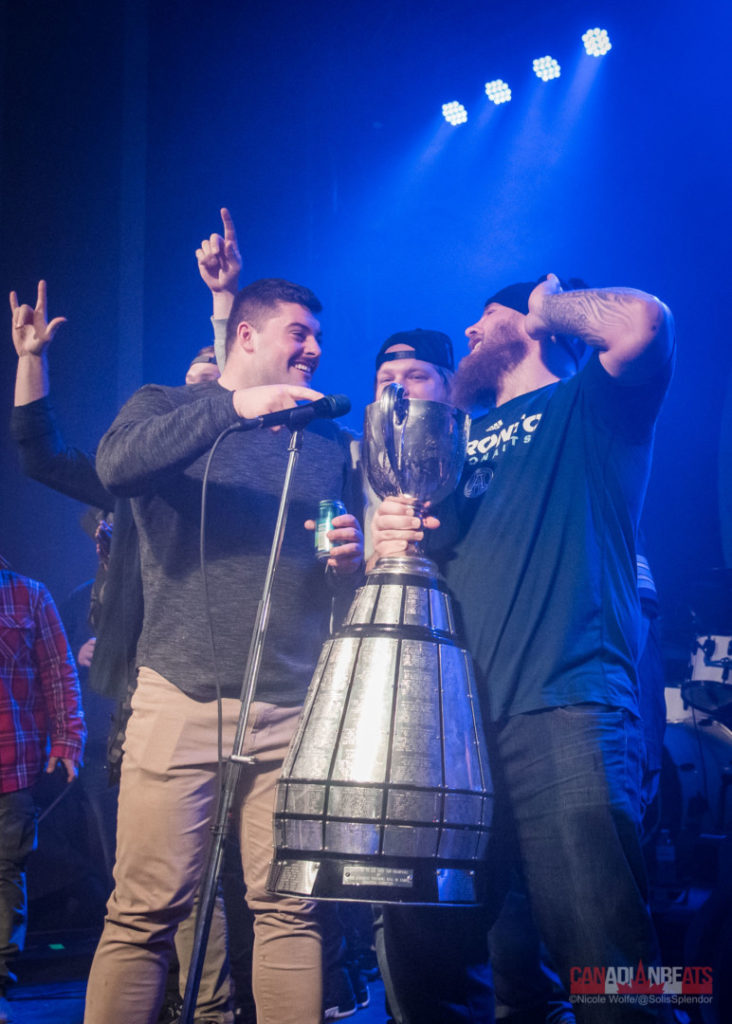 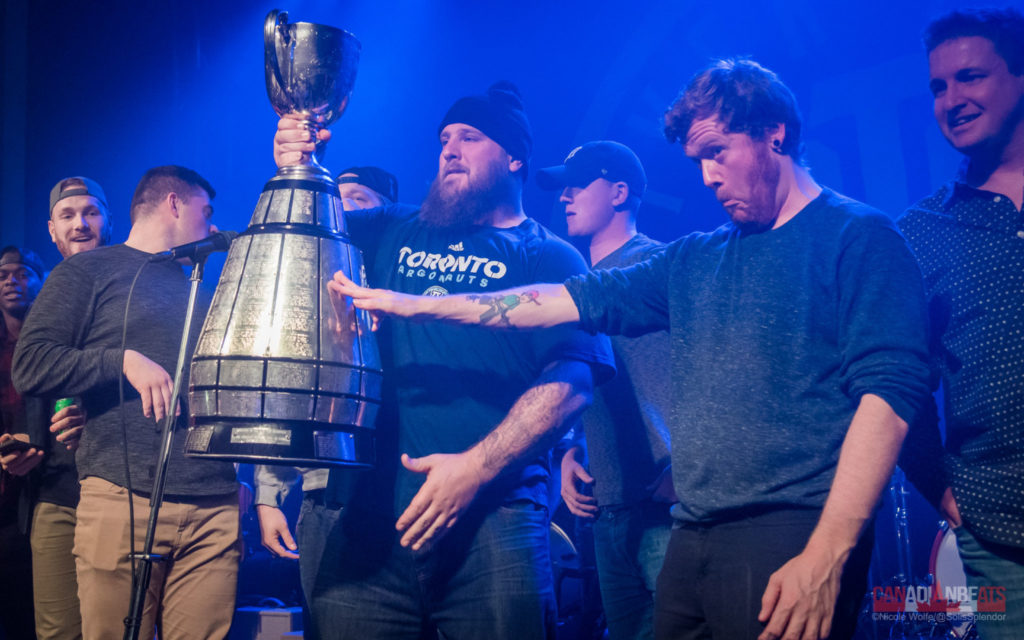 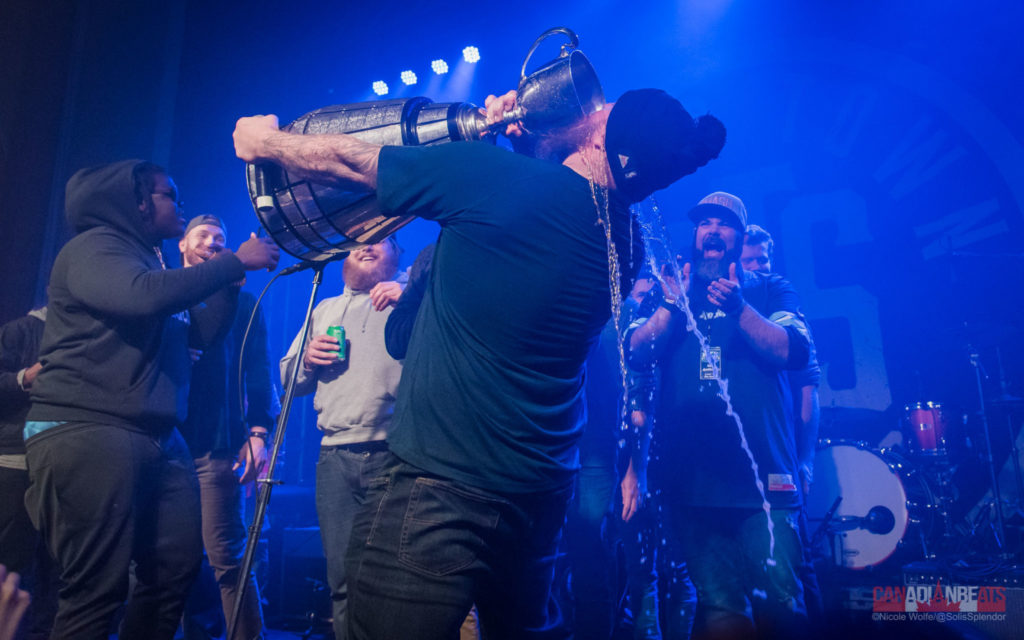 Dani Strong is no stranger to many of us at Canadian Beats. She always puts on a wonderful performance and has a wit and charm that is infectious. Saturday night was no different. Her 60 minute set kept our attention from start to finish with many original songs, including her two singles to radio, “Wild One” and “What You Need”, from her very successful CD, Time To Breathe. 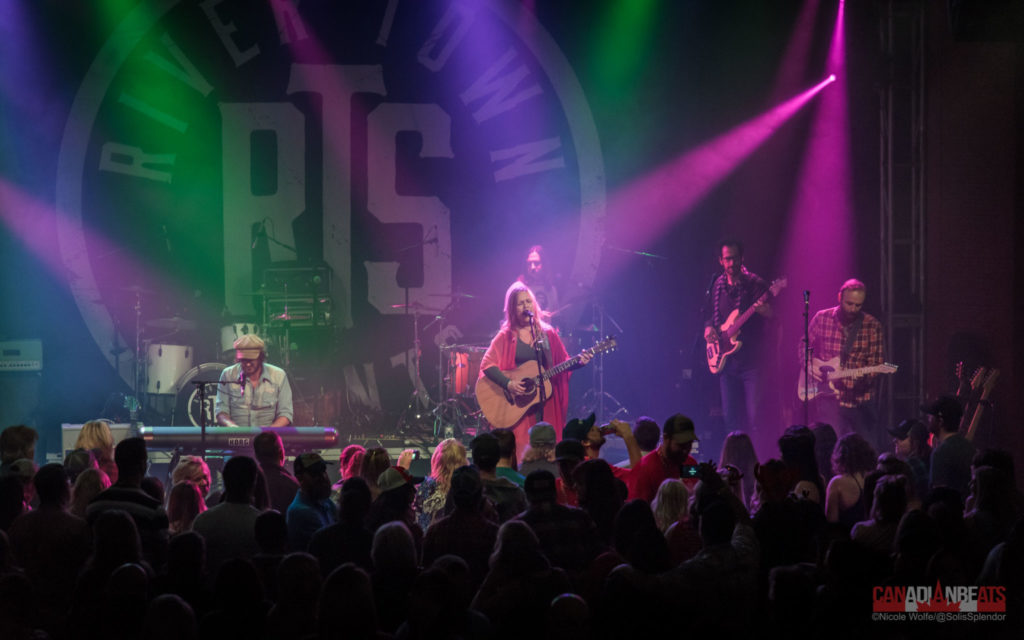 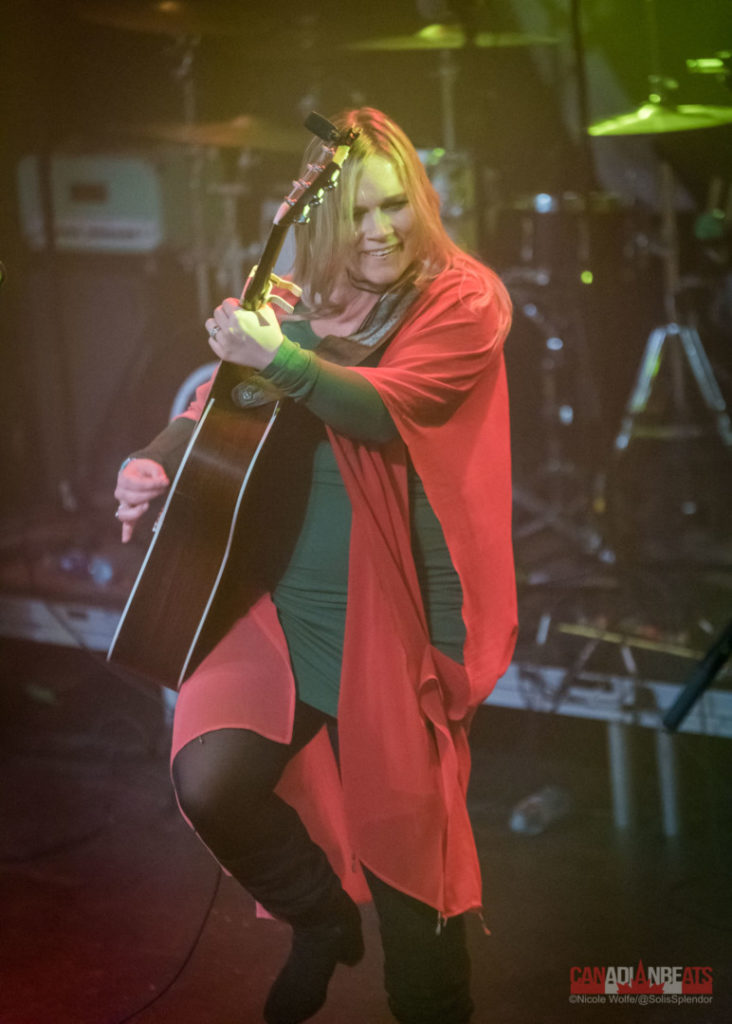 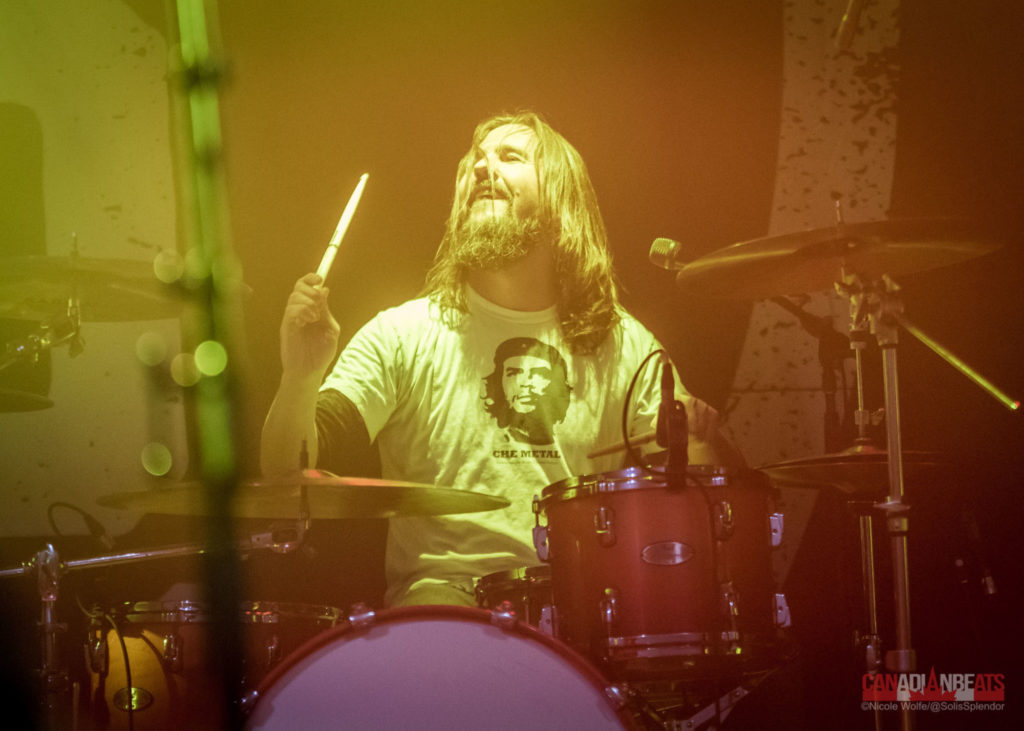 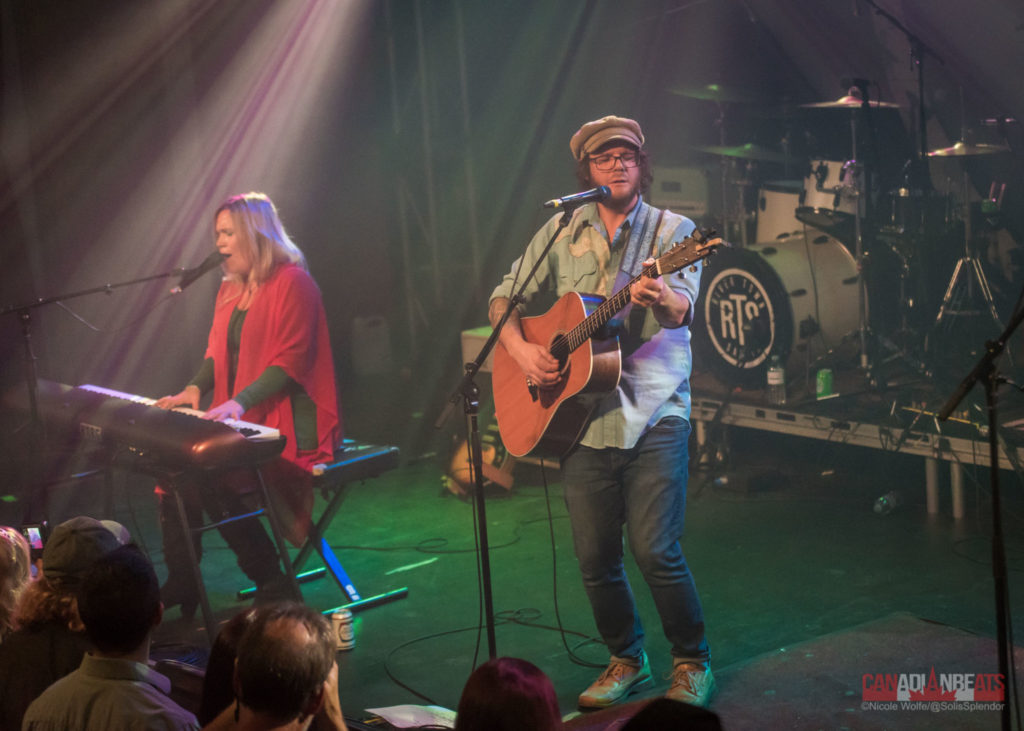 After a brief intermission, it was time for the headliners of the night, River Town Saints! Fans from all over Southern Ontario came to this show just to see them – Niagara Falls, Peterborough and London areas to name a few. Honestly, if you haven’t seen this band perform yet, they are a must see! Hitting the stage with a brand new tune called “Jump On In” and giving us a taste of a few other new tunes was a fantastic surprise. They also included all their radio releases, to date plus, many songs off their self-titled debut album. A fast fan favourite has become “Hungover It”; a catchy tune that is makes a perfect sing-along song. The boys ended their set with their biggest hit, “Cherry Bomb” and came back for a special encore of Jason McCoy‘s hit “Born Again In Dixieland”, to which McCoy himself came out part way through to finsh the song with the band and stayed around for a cover of Alan Jackson’s “Chattahoochee”. The evening ended with all the performers returning to the stage to sing the Christmas Classic “Sleigh Ride”. Dani Strong came out in a Santa suit, packed with a belly full of wrapped gifts that were tossed into the audience. Truly and night that will be remember by all that attended. 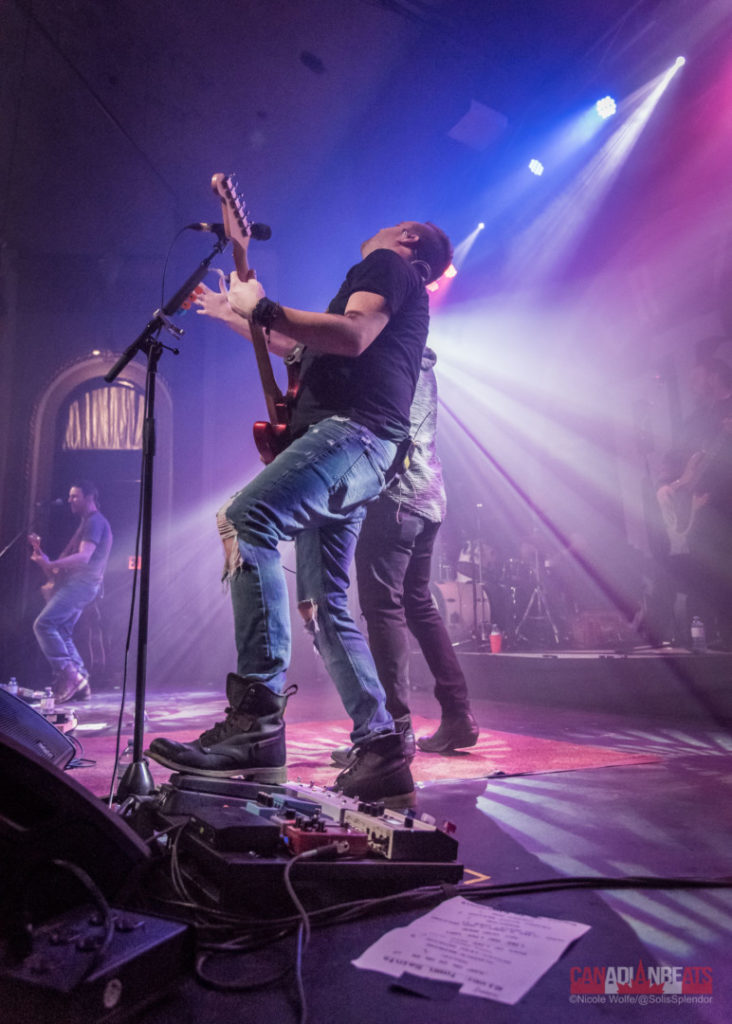 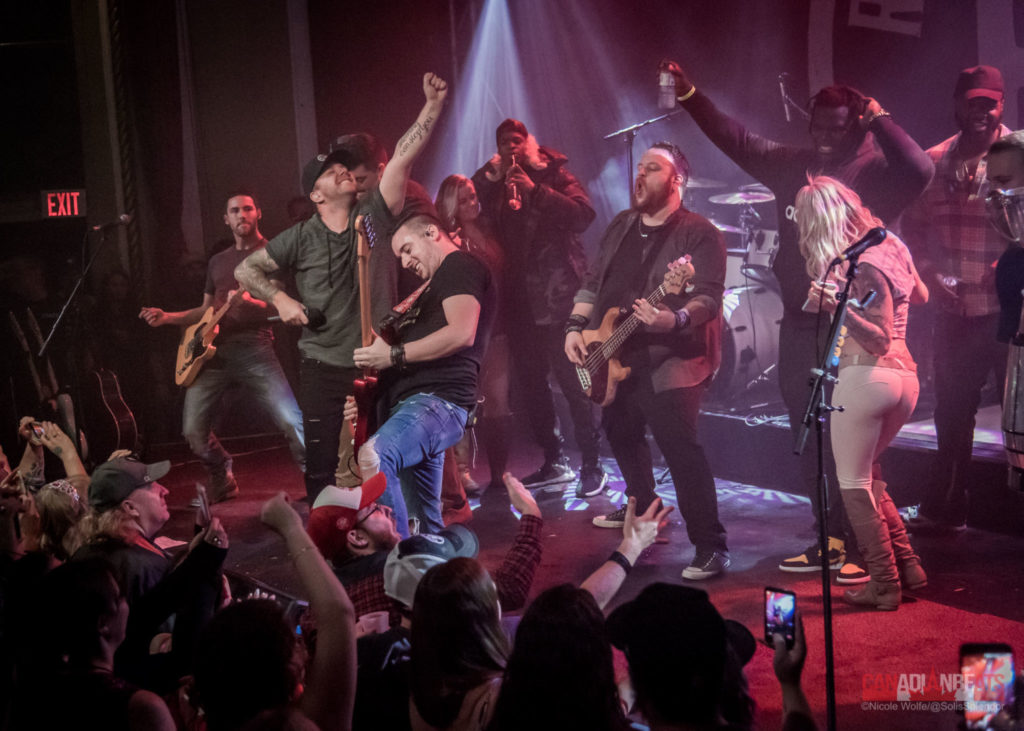 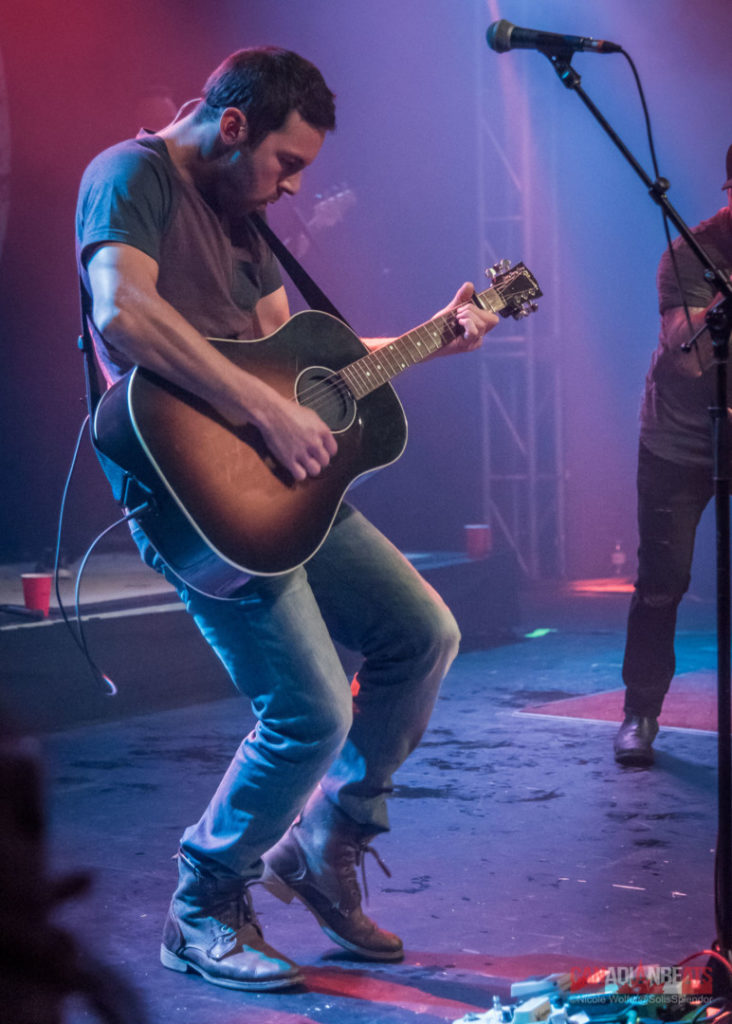 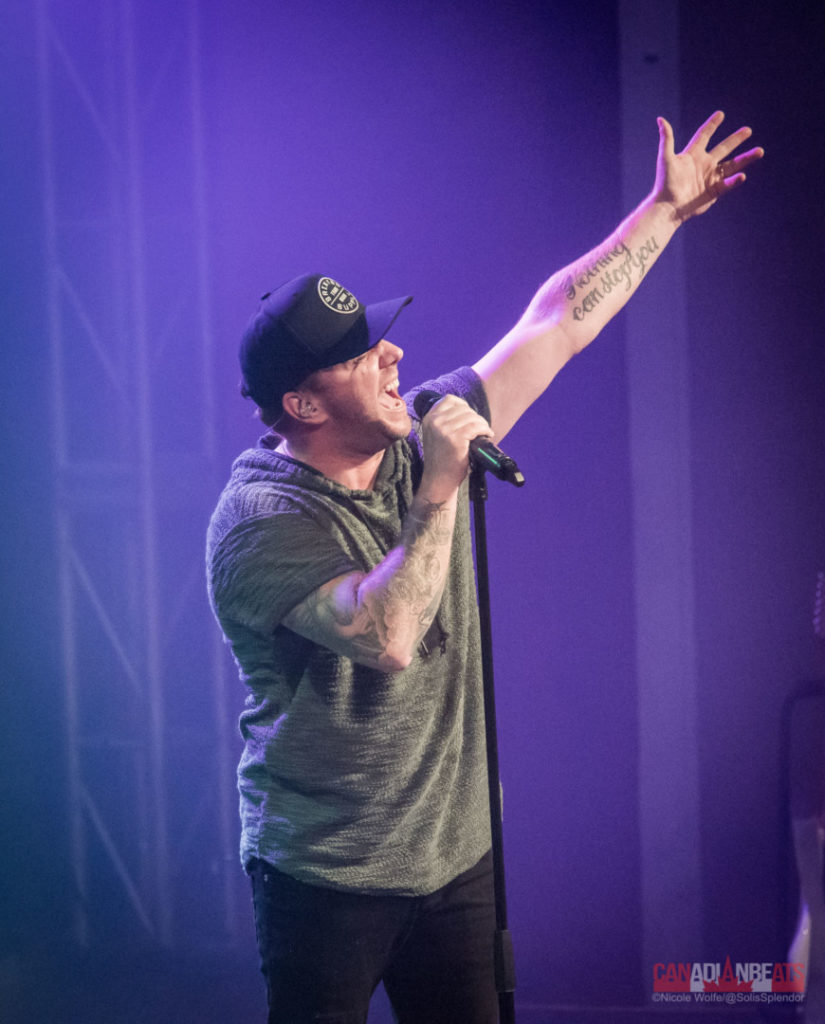 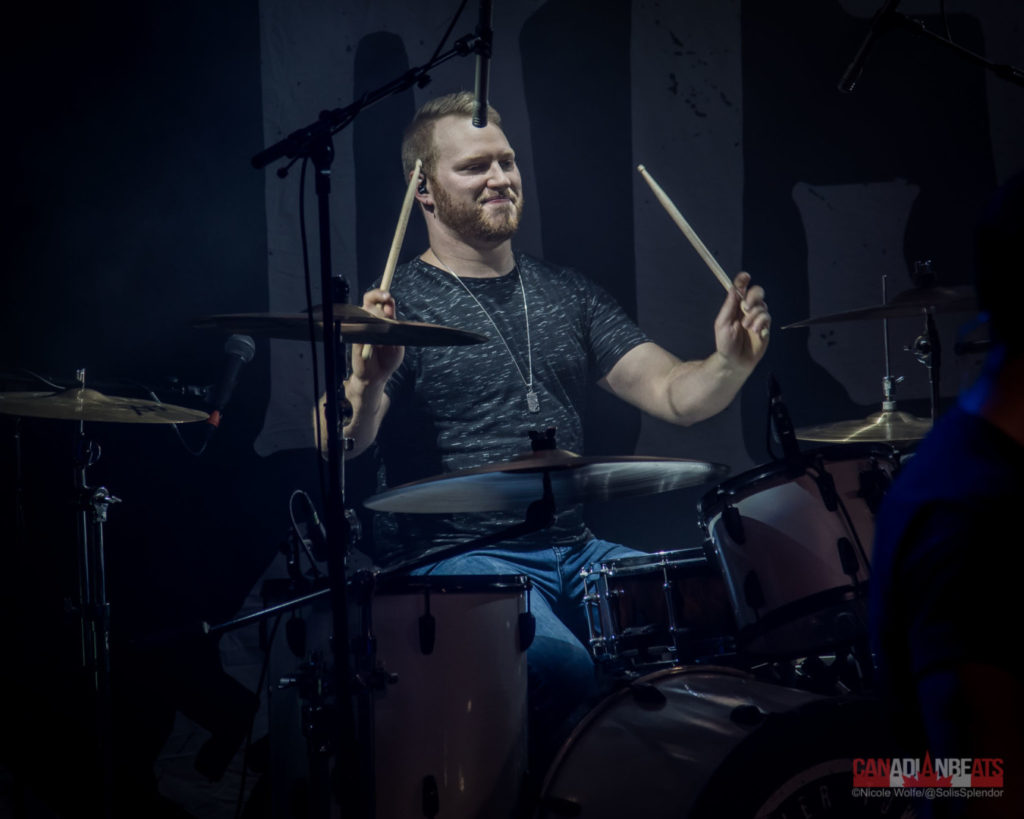 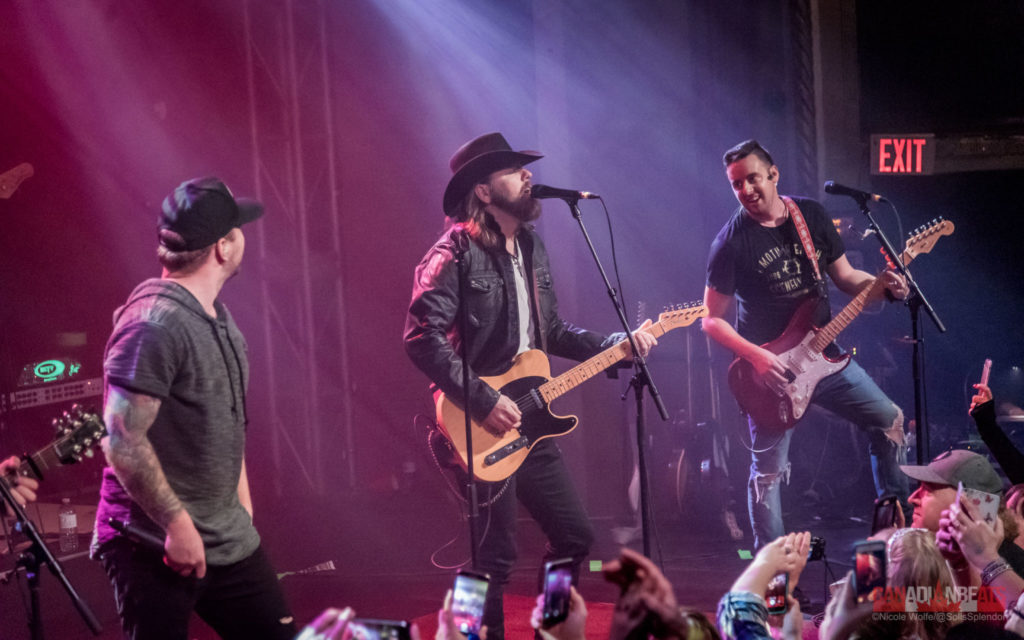 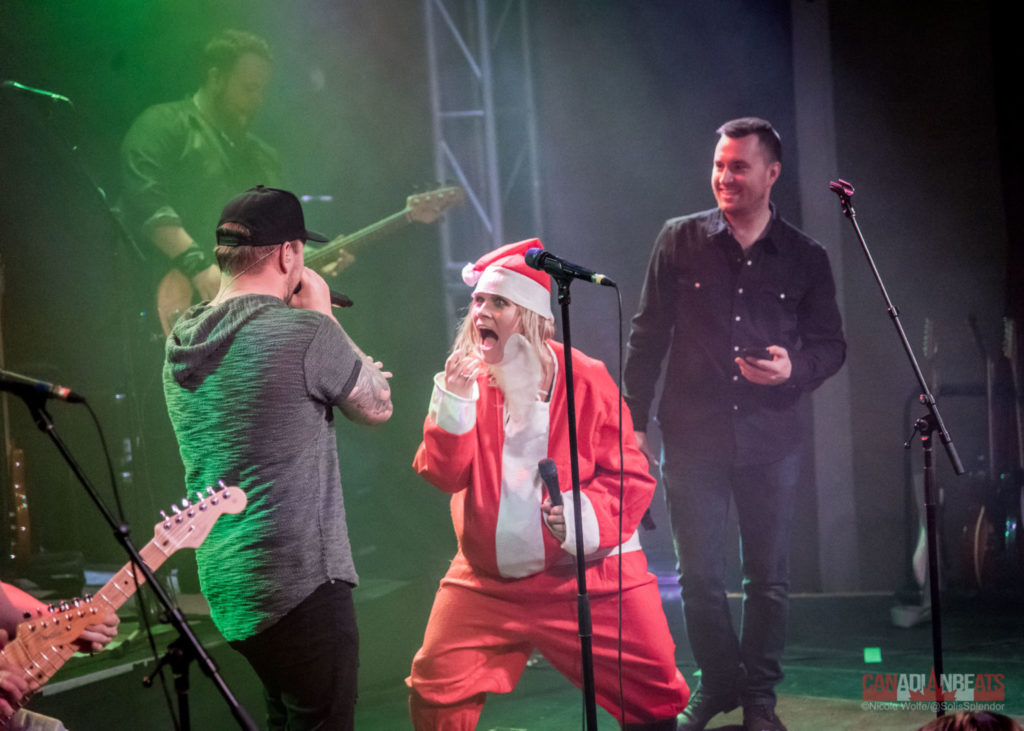