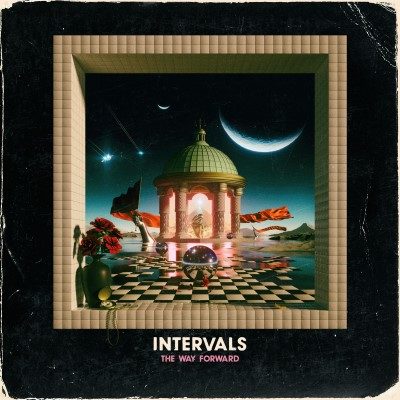 In 2015, Toronto guitarist and composer Aaron Marshall posted a lengthy Facebook statement announcing that he was the only remaining member his prog metal band, Intervals. At the time, he’d undergone recent heart surgery and was itching to make a new record. He realised then that the ongoing communication issues and conflicts of interest between the band members were fruitless. He ended the post with: “This is just a new beginning and I can’t wait to show you guys what comes next.” For us, that time is now with the December 1st release of his latest album, The Way Forward.

The Way Forward is strictly instrumental and self-released, featuring Cameron McLellan on bass and Nathan Bulla on drums and percussion amongst other guest artists. As a one-man band, Marshall succeeds in giving voice to his guitar. He carries a sunny disposition in his playing, a buoyant tone that sings out alluring, goal oriented melodies. Even with the rapid speed of all eight tracks, the riffs are velvety, the scalar passages are sleek. It’s technical without being in-your-face and disrupting the album’s fluidity.

Aptly titled “Touch and Go”, the opener beams with bold rays of sound that conveys Marshall’s optimistic vision. What follows is somewhat indistinguishable, like a continuation of surging ideas rather than separate tracks. While well-crafted and pleasing to eager ears, it calls for more variety than what’s provided. In “By Far and Away”, he creates more depth by simply shifting the tempo marginally within the track and incorporating a few keyboard moments for contrast. And it’s the minute details or lack thereof, that can elevate this music from here on.

The album is motivational and stimulating above all else, it represents a man who’s tumbled through trial and error to decide what he wants to be as a musician. You can’t fake determination- it seeps through The Way Forward and keeps us in anticipation of whatever’s next. If you’re Marshall, the best is yet to come.