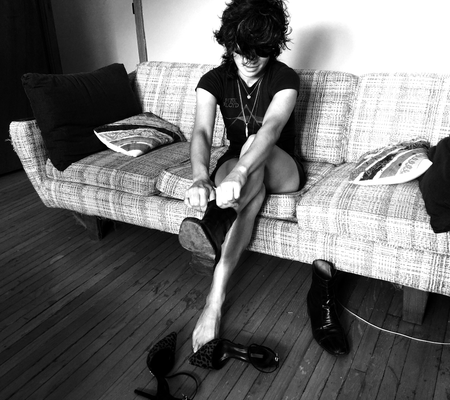 Toronto indie rock artist, Danielle Duval, is getting set to release her brand new album, Lose It, at the start of 2018. The long-awaited follow up to her 2011 debut, Of The Valley, the upcoming album is set for release on January 26th. Lose It is currently available for preorder on Danielle’s website.

While waiting for the new album to drop, Danielle has shared a new track. About the meaning behind “Subway Wall,” Danielle says:

“Amidst the hustle and the chaos of a subway platform, you catch the eye of a beautiful stranger, and they’re looking right back at you.  Your brain races, your heart pounds, and you think to yourself, “If only I could muster up the courage to talk to them”. But in that split-second, freeze frame, fate-defining moment; neither of you do.  “Subway Wall” is a director’s cut, a rerun, a stoppage of time; a rare and endangered opportunity to go back to that time you let the good one go, and do everything in your human and in-human power to get that supernatural encounter right. “Subway Wall” is a portal into a worth it future you can bask in.”

You can listen to the song on CBC’s q, 46 minutes into the broadcast.