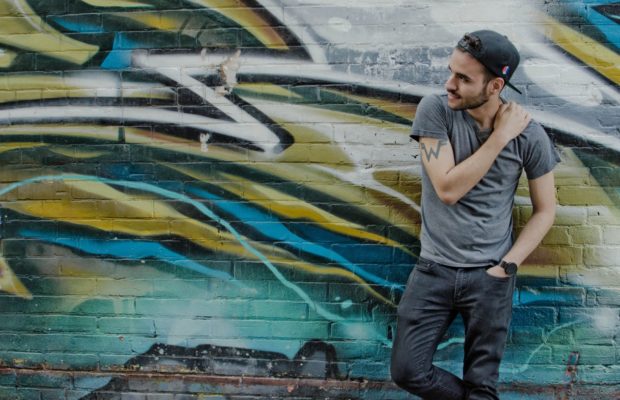 The one-man band led by Venezuelan, Toronto based punk rocker Martin Perez, is ready to release new music. “(Lord, it’s hard to be happy when you’re not) Using The Metric System” is the first in a series of promotional singles leading up to A Dog Named Bob’s second EP, due for release in early 2018.

On this single, A Dog Named Bob sticks to what it knows best, themes that poke fun at the banalities and ridiculousness of life. In this case, the inconveniences of using the imperial system of measurement over the metric system. We all know the pain.

“Originally by Atom and His Package, this song (and the rest of Atom’s discography) was a huge influence when I first started this one-man-project. Not only does the tone of the song fit A Dog Named Bob’s style perfectly, but I also relate to the lyrics quite strongly… as ridiculous as it may sound,” says Perez. “As a Venezuelan immigrant in Toronto, I had a hard time connecting the dots and adjusting to locals using both systems of measurement.”

Connect with A Dog Named Bob: