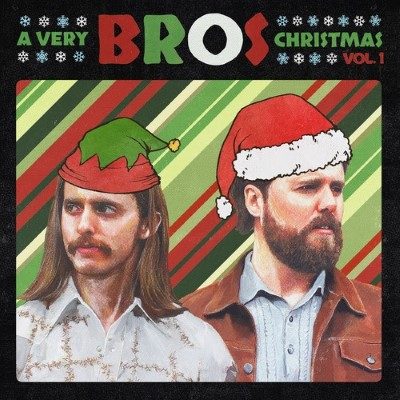 Released a mere month before Christmas Eve, Currie brothers Ewan and Shamus gave us all an early Christmas gift with their two track Christmas EP, A Very BROS Christmas (Vol. 1). Ewan, also known for The Sheepdogs, has paired with his brother before to bring their rock sound to the masses and wrote the two Christmas songs in homage to classic holiday songs from decades past.

It’s Christmas Day and These Things Comfort Me are the only tracks on the release, but they contain enough Christmas spirit to satiate the listener. Including the almost necessary jingle bells in the background, It’s Christmas Day is easily the more festive between the two. Lyrics about peace on Earth, roasting chestnuts, and Jack Frost, the song is about coming together with everyone for the holidays. The latter is a much more modern sounding holiday song. It has a quick pace, upbeat sound, and still manages to include the sound of silver bells.

Short but sweet, A Very BROS Christmas (Vol. 1) can easily become a staple in your holiday playlist to get you into the spirit of the season. Perhaps there can be a Christmas miracle and the brothers will gift us a volume two for next holiday season.