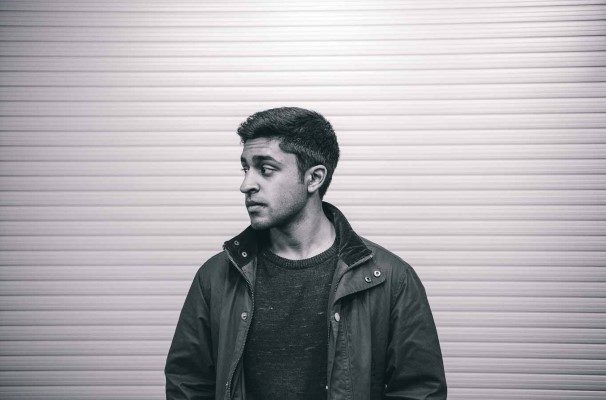 Josh Sahunta may just now be promoting his debut album Dissonance, but he’s been at music in one way or another for his entire life. Whether it’s as a self-taught instrumentalist, a songwriter with words so real it brings tears to the eyes or a vocalist that captures your heart & doesn’t let go, Josh is one artist you’ll come back to again and again.

You’ve just released Dissonance which touches on the ever relateable topics of stress & anxiety. Was this theme deliberate or did it come along in the songwriting process?

This theme was definitely deliberate. I’ve always struggled deeply with stress and anxiety and they’ve affected me in so many different ways, whether in relationships or with things like school and work. I wanted this album to kind of be a “heart on the sleeve” type of thing where I didn’t hold back anything from the audience. This album represents me at my worst mentally, but at my best musically I’d say. The whole thing was cathartic though and I’ve healed so much just from writing and releasing these songs.

The video for your newest single “Sing Me To Life” is breathtaking, not only the visuals but the haunting melody and lyrics as well. Where was the video concept born from?

The video concept, believe it or not, came to me in a dream. During a period of my life where I was battling intense daily anxiety, I dreamt one night of being pursued relentlessly by masked individuals who seemed to know my every move. I literally could not escape them and they seemed to grow more and more numerous by the second. When I woke up, I thought a lot about that dream and realized that those masked figures represented the anxiety I was feeling at the time. It was an inescapable force in my life that caught up to me wherever I went and I could not escape it. The rest of the video was essentially just building off of that idea.

You play all of the instruments on the album which people need to know was all self-taught! What was your main motivator when it came to going this route as opposed to learning from someone else over the years?

I actually had a lot of help on the instrumentation for this album, which is quite a jump from my usual “do-it-yourself” mentality. I had some friends help out with the bass, some guitars, piano, and cello, but the main instrumentation was my own, and yes, all self-taught! I think teaching myself music has had its advantages and disadvantages. It’s been great because I’ve been able to “choose my own path” in many ways and learn specifically what I wanted to learn. This, however, has led me down a road where I know how to do all of these cool things on guitar and piano, but I have no foundation for understanding how and why they work. Where that leaves me now then, is trying to catch myself up on all of the things I was never taught and never had the patience to teach myself. As a performer, teaching myself has benefited me so far because it’s not very hard to impress non-musicians, but as a musician in general, it’s been a bit of a hindrance as I’m starting to develop my skills more.

I watched the mini-documentary on your experience auditioning for Britain’s X Factor; what a cool opportunity! Having made it for the 4th round there, would you consider auditioning for any of the other shows on now?

Honestly, that was something I would probably do once and never again. It was so much fun to just be young and naïve and have the impression that being on X Factor was this huge accomplishment, but now that I’ve seen how it works firsthand, I know that it’s not really anything like it seems. Don’t get me wrong, if I was ever living in a city where a talent show was holding auditions, I’d probably still audition, but I wouldn’t ever fly to the other side of the world just to audition again, it’s just too expensive to justify something that unlikely. The experience was amazing though and all the footage in that documentary represents some of the best days I’ve ever had in my life so far.

With musical influences ranging from Gary Clark to Ed Sheeran, Gary Clark Jr. to John Mayer and still more in between, who were your personal influences when it came to friends & family encouraging you to pursue your craft?

I’ve been really blessed to have friends who have supported and encouraged me from day one. I’ve been in many situations where something bad would happen and I’d think that it was all over because of that one event. If I didn’t have my friends to lift me back up again, I wouldn’t be where I am now. A key figure in my life, however, has been my cousin Rajan. He’s not a musician himself and he’s not really an avid music listener either, but from the time I was young, he was always the one who supported me the most. It’s nice when people tell you that they think you’re talented and skilled, but when someone tells you that you have been blessed with a talent for a purpose, there’s something so much more powerful in hearing it put that way, and that’s what he’s done for me from a very young age.

Right now I am gearing up to head to Kansas City in February to showcase at the Folk Alliance International Conference, and then head out on my Western Canada tour in April. I am also in the works of planning a café/pub tour in England for August. 2018 is going to be a huge year for me in music because I finally have a finished product that I am happy with and I am finally getting the opportunity to share it with the world.