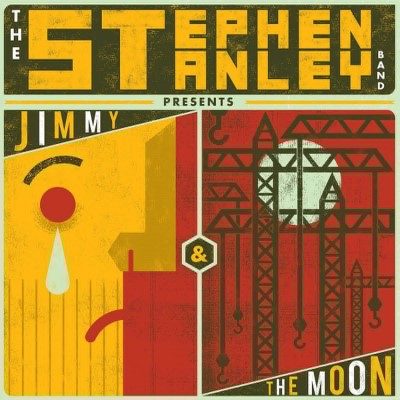 The Stephen Stanley Band has released their first full-length album Jimmy & The Moon, which features eleven tracks. While creating the songs for the album Stephen pulled inspiration from different experiences of this life including people he has spent time with and places that he has spent time in.

The song that first caught my attention was “Talkin’ About It.” It’s the first song on the album and is a very catchy song to listen to. “Talkin’ About It” is a song that gives you a dose of what The Stephen Stanley Band is all about and makes you want more right from the first note of the song.

The other song that captured my interest was “Next To Me”, which is the eighth song on the album. The song is very beautiful to listen to as it’s a duet between the two band members. It starts off as a slower song than the rest of the album but picks up near the end of the track. It has a catchy chorus and will definitely keep the listener engaged. Jimmy & The Moon showcases the band’s love and dedication to their music.

Overall the album was well put together and had me hooked from beginning to end. I have really enjoyed listening to this album. If you are looking for something new to listen to, I recommend you give Jimm & The Moon a shot!