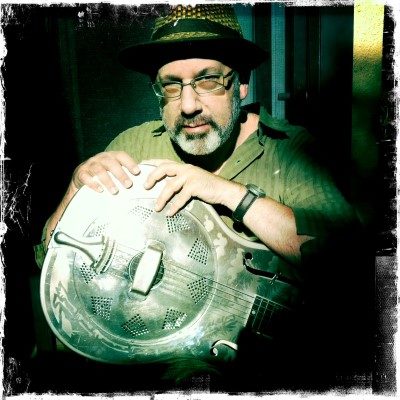 We recently had the chance to chat with Ken Eisner from Flypaper Orchestra. The jazz group has released their debut album, Boulevard of Broken Dreams: Old Songs for a New Depression. The album features a variety of musicians including Ron Sexsmith, Jim Brynes, Luke Doucet, Dalannah Gail Bowen, Robben Ford, Nina Miranda and more! Today, we are happy to premiere the video for “Flamingo”. We asked Ken about the single, he stated,

“While not reflecting to focus on money (or lack of it), extreme weather, and impending conflict—all things that connect our time with the Great Depression of the 1930s—‘Flamingo’ does represent the eclectic album in other ways. Popularized b Duke Ellington before the war, this version features Brazilian-born singer Nina Miranda who lives in the UK and was filmed in Paris, supported by a great Canadian rhythm section, and pedal-steel guitarist Tim Tweedale. Then, as now, people dreamed of faraway places, so why not get into Hawaiian country jazz with some new Portuguese lyrics?”

Be sure to check out the video below, along with our newest segment of Five Questions With!

My name is Ken Eisner, and I’ve been writing about music and movies in Vancouver (and elsewhere) for over 30 years. For most of that time, I’ve also been playing guitar and working with local artists whenever I could. For about a decade, we had a band consisting of mostly film critics. It was called Twisted Siskel.

I’m far less into writing songs than I am into picking apart existing material and discovering what’s still left to be said with it.

This collection of radically restructured oldies, which took about 5 years to make, saw the collaboration of roughly 40 musicians and technical people in three countries. So a live date is not likely anytime soon!

“Flamingo” represents the exotica side of the record. Probably the most representative is “42nd Street”, which features the powerful vocals of Jim Byrnes and killer trumpet from Chris Davis. The most rockin’ tune is The Sojourners’ gospel take on Woody Guthrie’s “I Aint Got No Home In This World Anymore”, featuring wicked slide guitar from Harry Manx.

Canadian Beats is all about Canadian music, so who are your current favourite Canadian artists?

No one will ever replace Joni Mitchell and Leonard Cohen. But Feist and Whitehorse are definitely here for the long haul. In fact, Luke Doucet is even on the album.