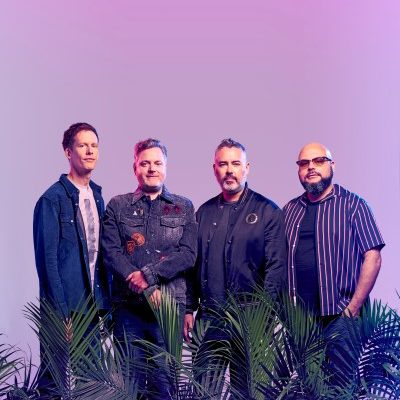 If Barenaked Ladies’ had a strong suit, it would be the amount of heart they put into everything they do; and Fake Nudes, the Canadian pop legends’ 12th full-length release, is no exception.

Soft, playful indie rock melodies combined with their signature harmonies and joyous lyrics that inspire you to sing along in the first listen, Fake Nudes explores the strengths each songwriter in the band.  Pre-release singles “Lookin’ Up” and “Bringing it Home” spotlight very careful reflections of Ed Robertson; all while maintaining a very strong sense of what has made the songs he’s written so successful.  Damn catchy, with a sliver of rap (harkening back to the days of “One Week”), “Bringing it Home” feels like a celebration of the music creation process, while “Lookin’ Up” reminds the listener to stop and reflect on one’s own work and be proud.

Kevin Hearn, with his delicate, earnest and playful approach to songwriting and instrumentation, contributes six songs to Fake Nudes. Starting with the pre-single “Invisible Fence,” that features politically charged lyrics that are carefully worded in a way that gives beauty and hope to very negative themes.  Hearn’s quirkiness also shines through with “Bag of Bones” and the Tom Petty-esque “20/20 Hindsight.”

The highlight of the album, however, is the pre-single “Canada Dry.”  A ballad crafted around BNL’s signature pop hooks, the song is a loving lament to Canada’s music scene that only someone who’s lived it could write.  Robertson imagery invokes fond memories of long, lazy tours, and honours those who came before – while also honouring his own contemporaries.  (Listen closely, as Alan Doyle and Jim Cuddy provide chorus backing vocals on the track!)

After a 25-year tradition of drawing in and surprising listeners with albums that explore the emotional ups and downs of what pop music has to offer, BNL’s Fake Nudes is a fine addition to their catalogue.