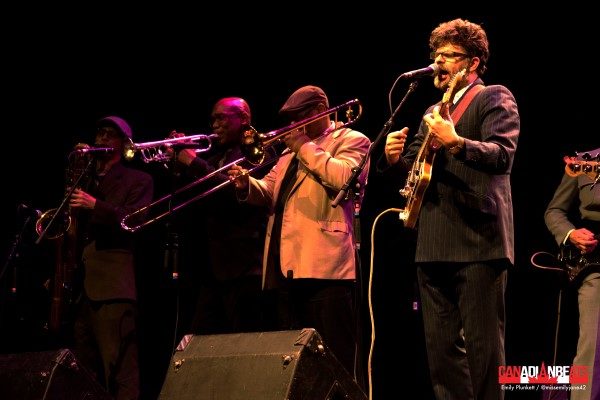 As the first storm of the winter months blanked the streets of the capital with a fine layer of ice, Ottawa’s downtown radiated with the warmth of Canada’s folk finest; as the city played host to the 2017 Canadian Folk Music Awards.

Hosted by Quebecois musician and dancer, Benoit Bourque, and Newfoundland singer and arranger, Jean Hewson, the gala was held Saturday and Sunday at the city’s Bronson Centre. 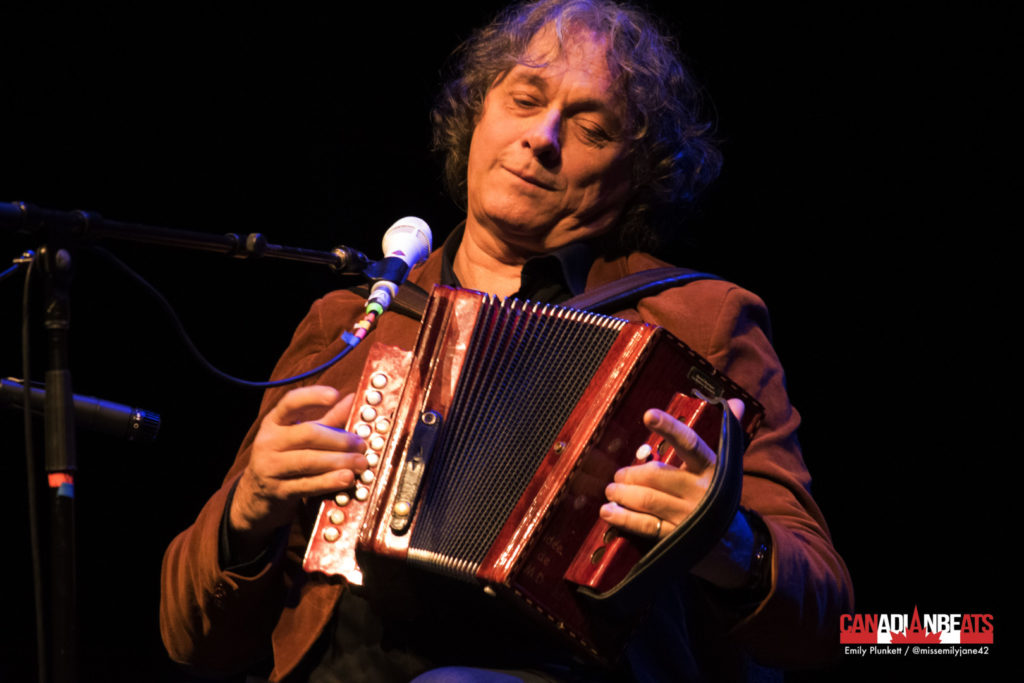 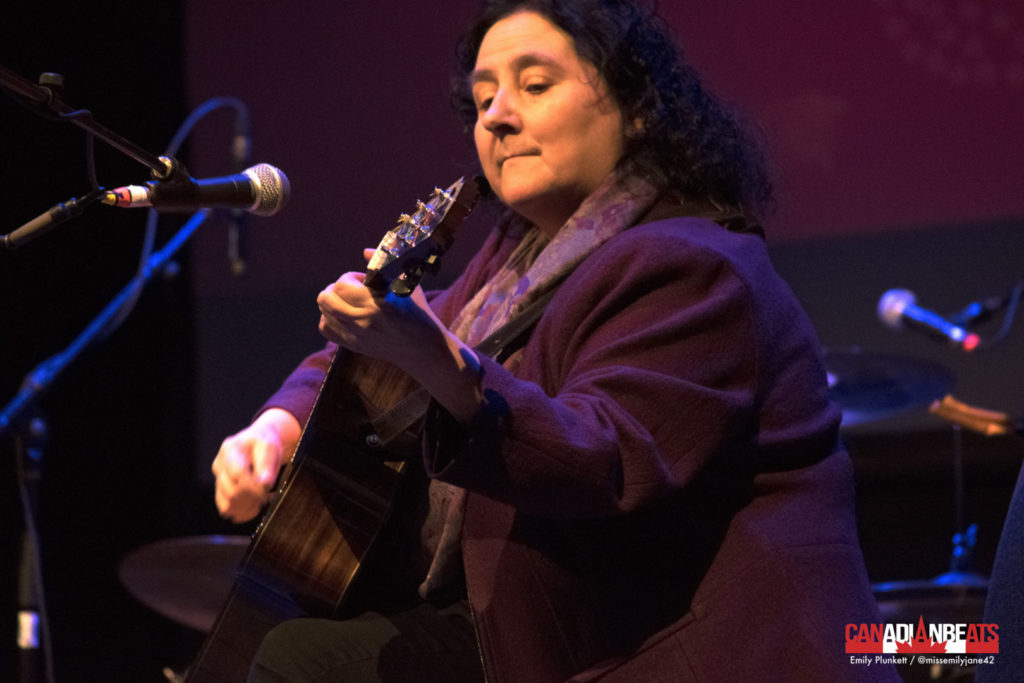 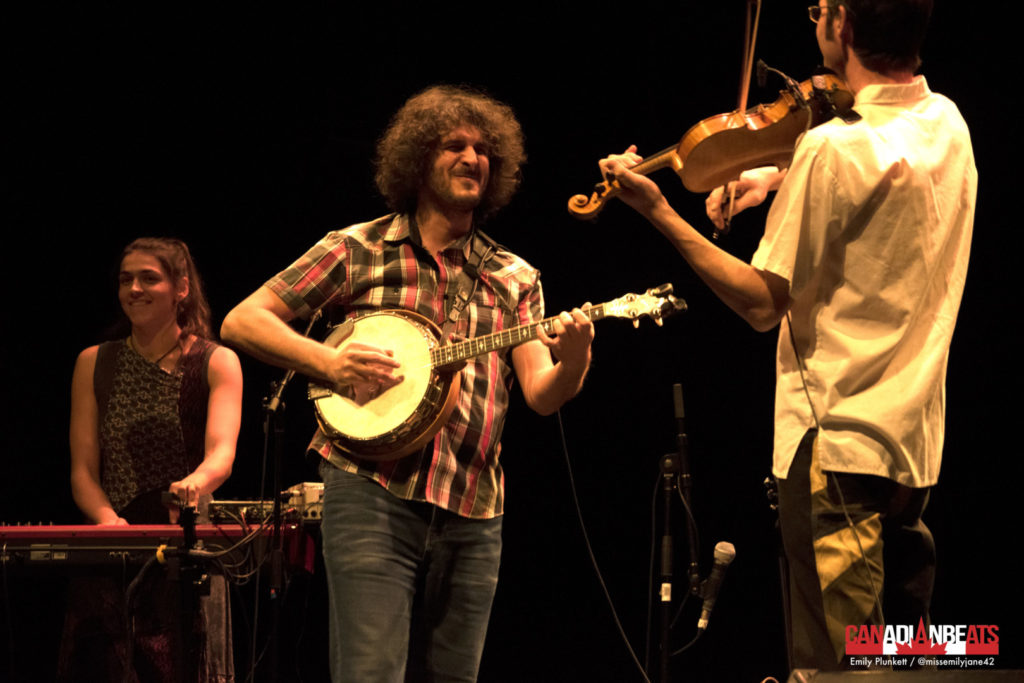 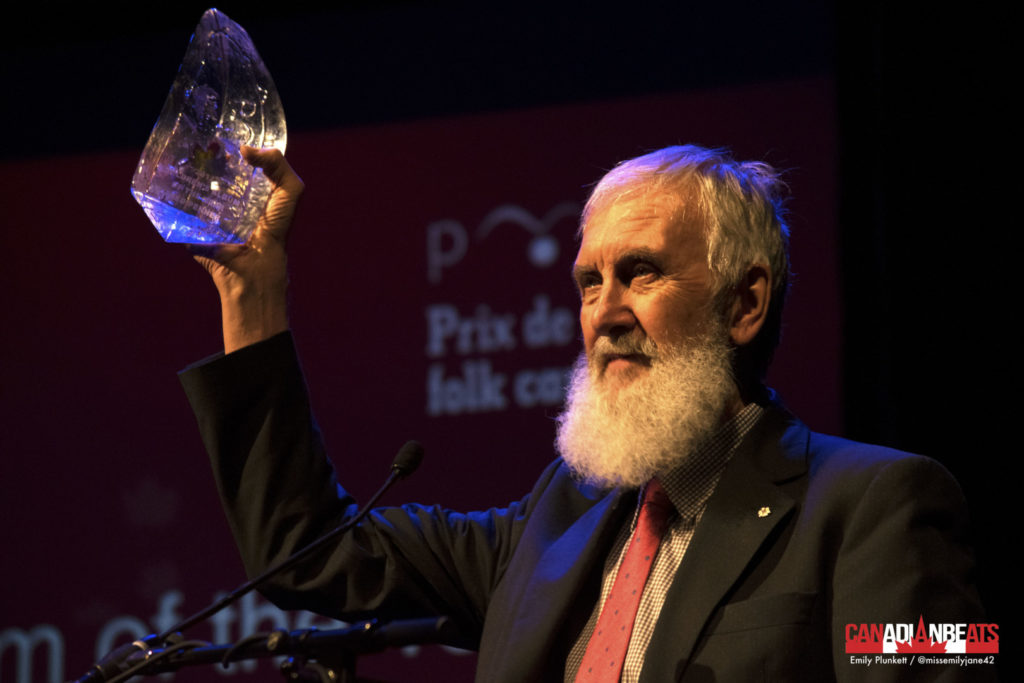 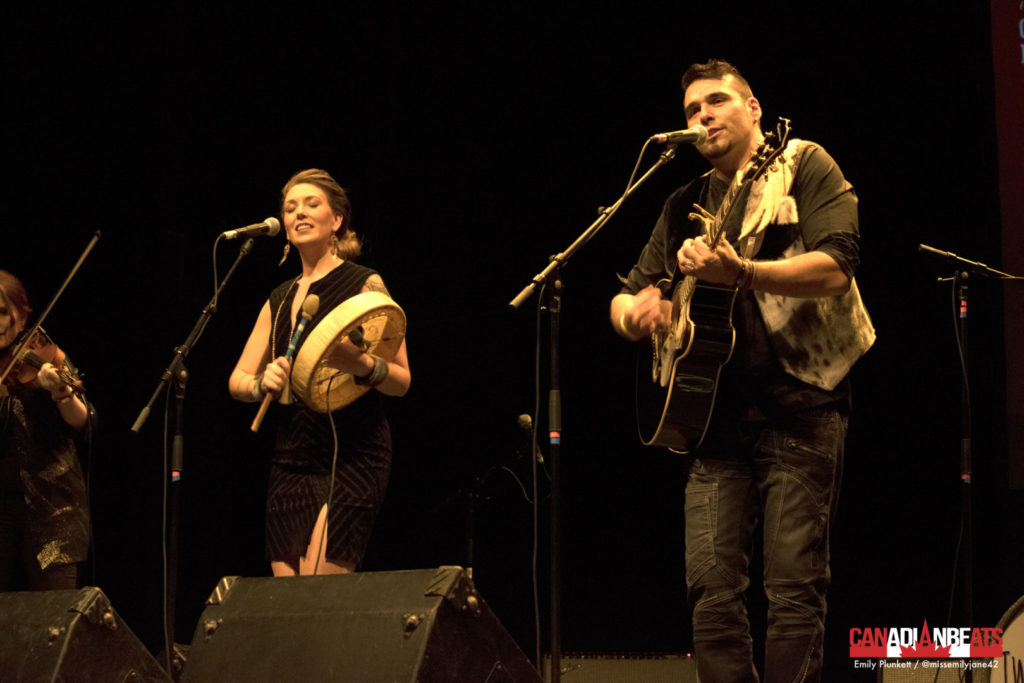 The award World Group of the Year would go to performers, Kobo Town; who excited the audience with their Caribbean blend of calypso, ska and reggae.  Fellow World Group nominees, Beyond the Pale, brought their jaunty blend of klezmer and roots folk to the receptive Ottawa crowd, while the soulful Beyries brought an emotional set. 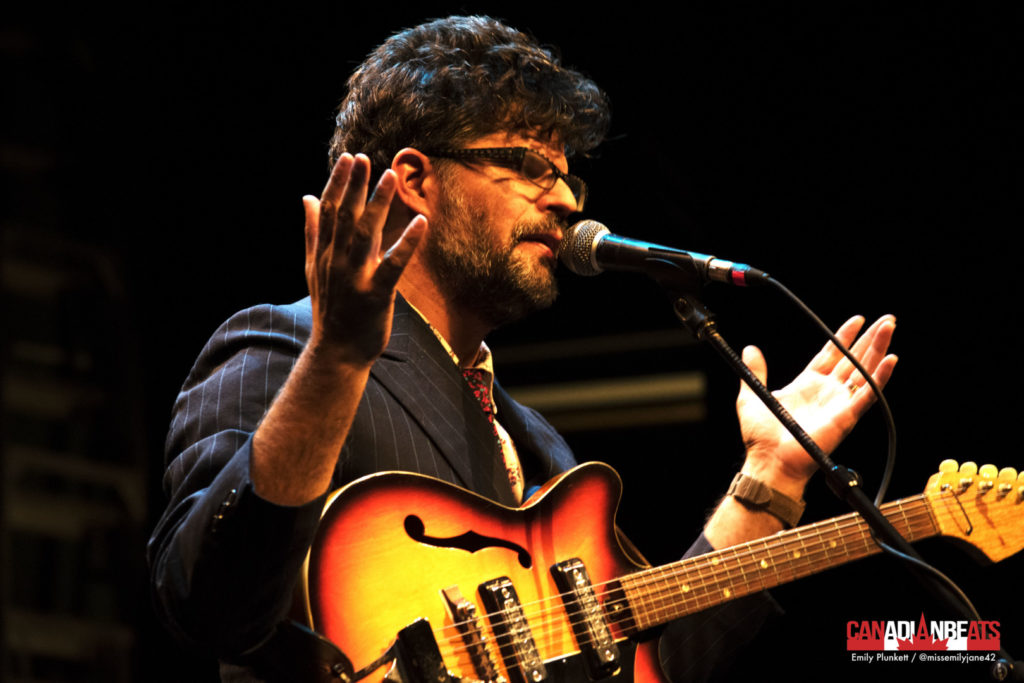 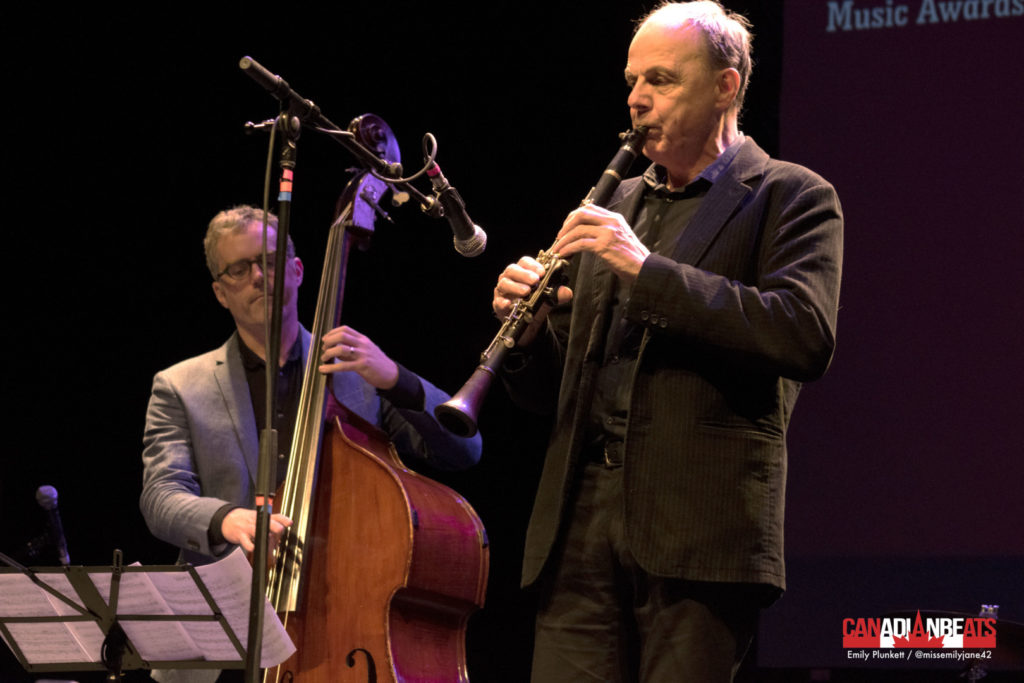 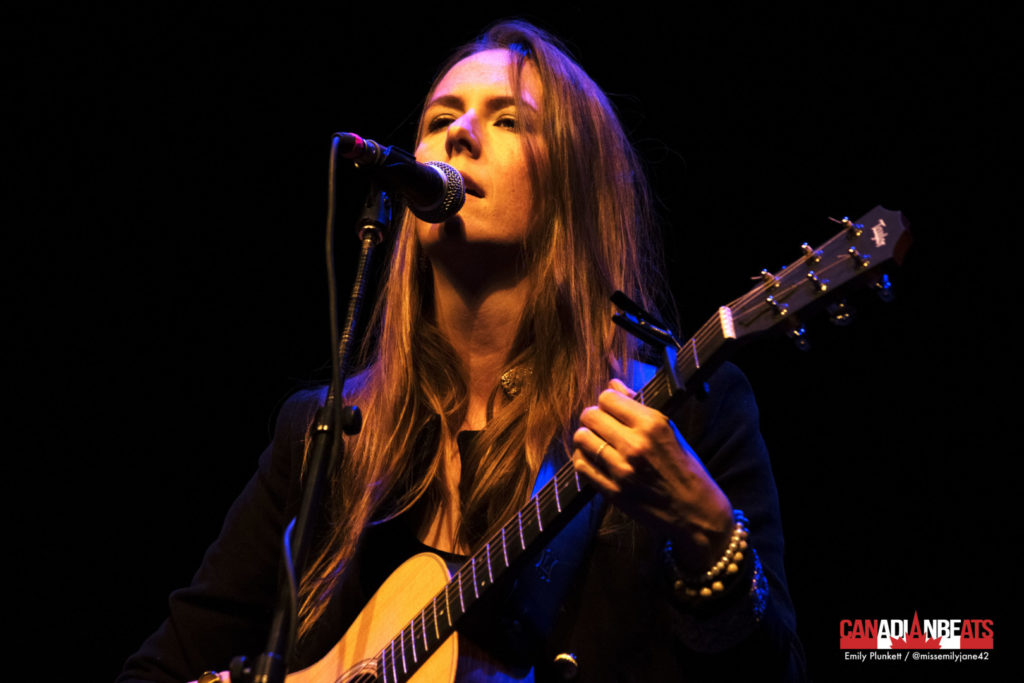 Danny Michel, back from his adventures in the high Arctic recording his latest album, Khlebnikov, was the big winner of the night; taking home both Producer of the Year (alongside Rob Carli), and the Oliver Schroer Pushing the Boundaries Award.  He capped off the night with a fun solo performance. 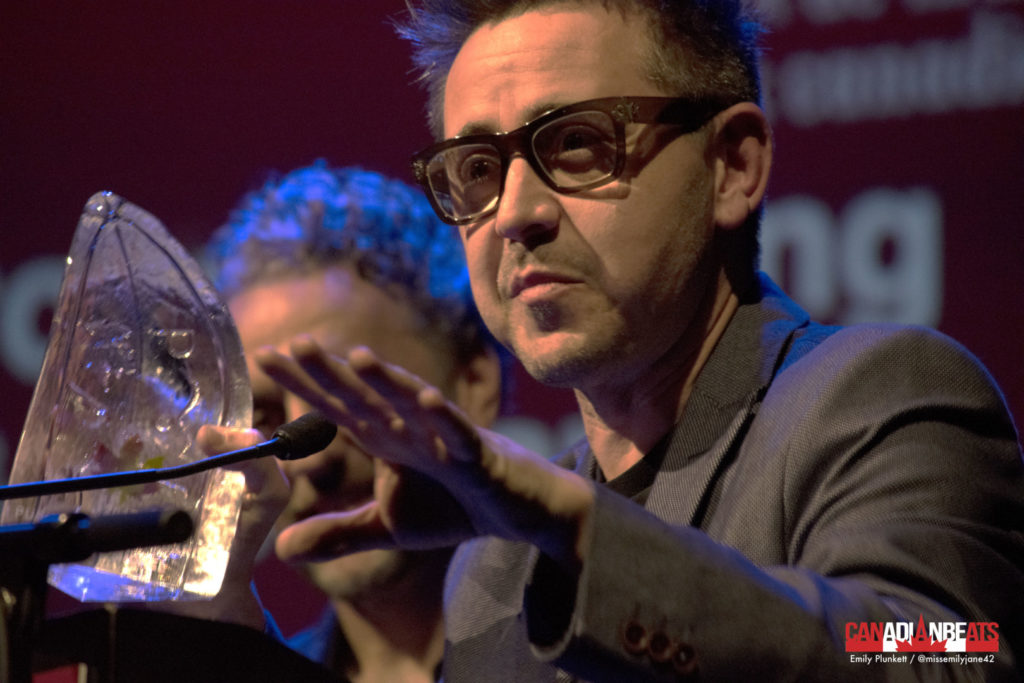 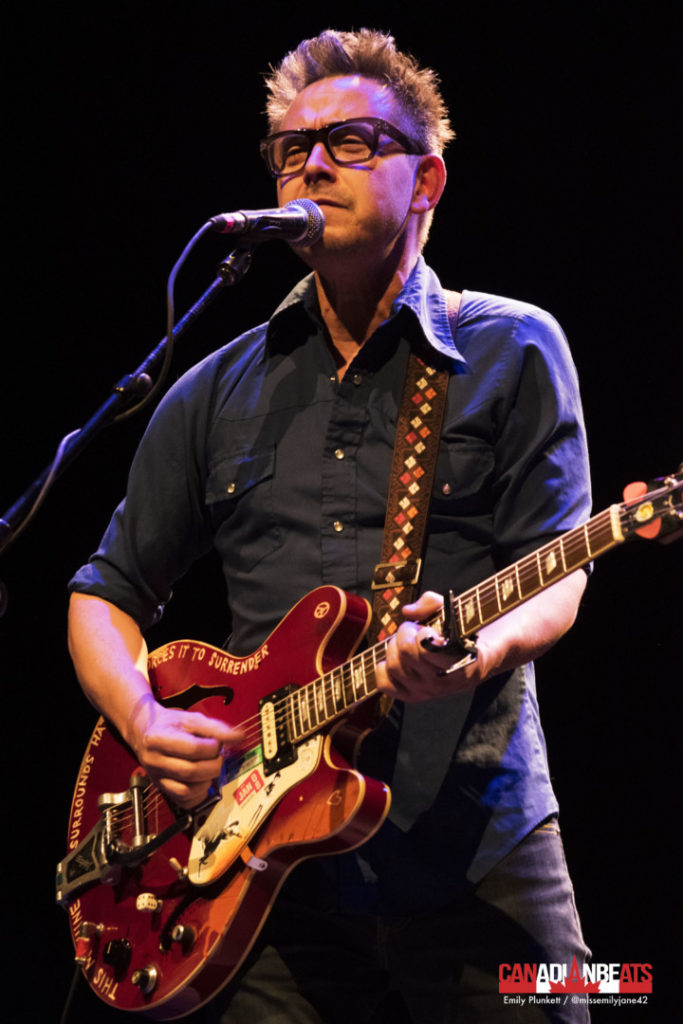 Also honoured Saturday night was Gerry Strong of the seminal band, Tickle Harbour.  Awarded the Unsung Hero Award, Strong was recognized for his efforts in mentoring musicians and supporting countless folk music series in and around his home in Freshwater-Carbonear, Newfoundland. 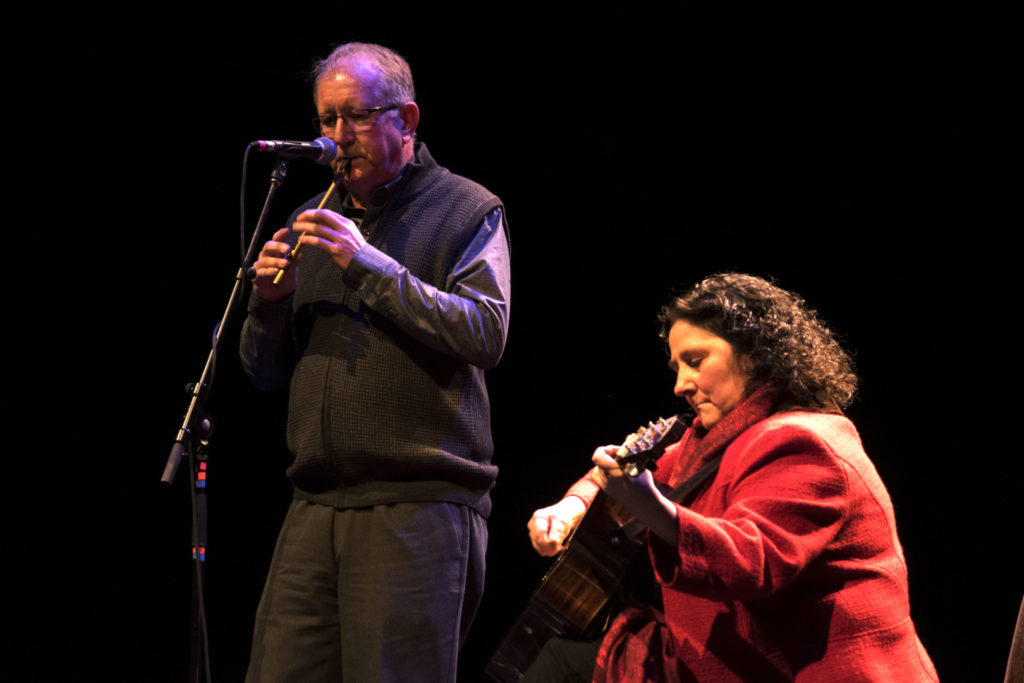 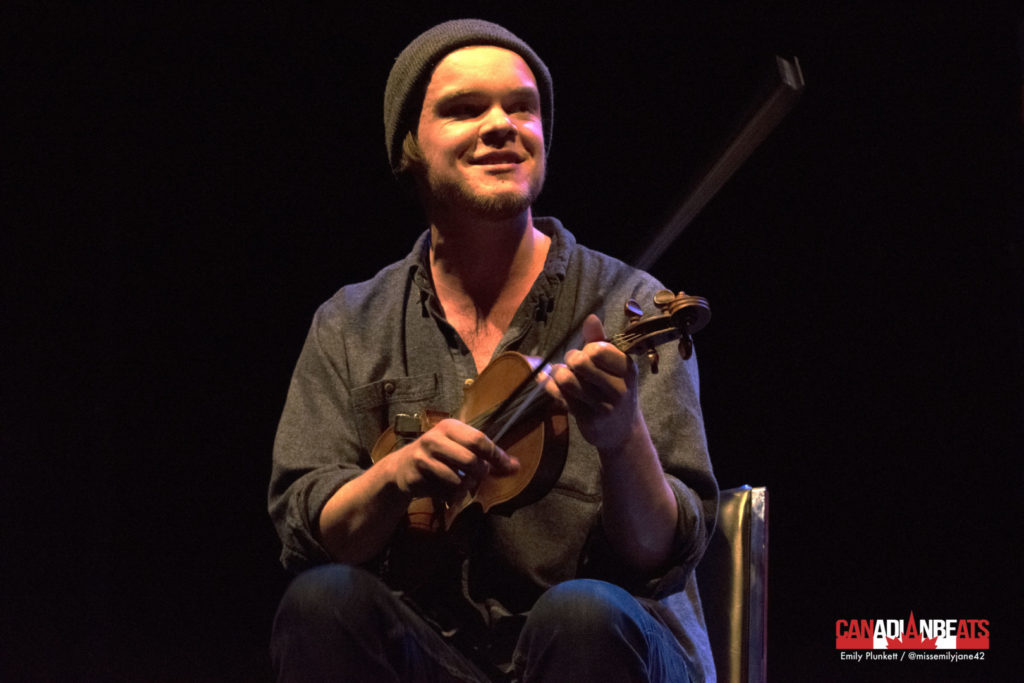 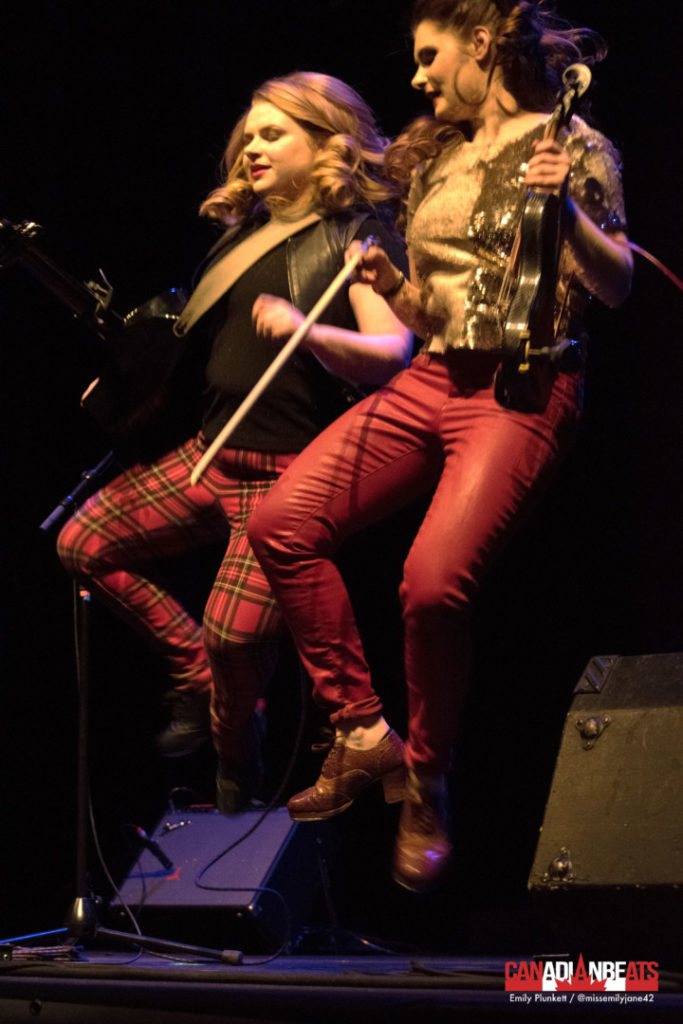 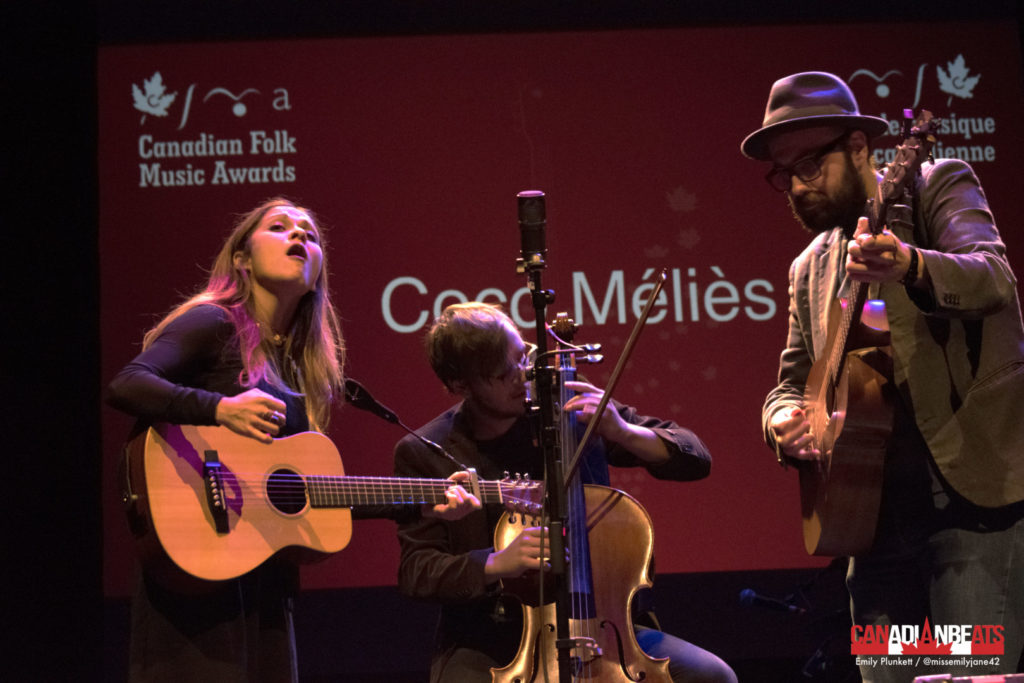 Additional performances during Sunday’s gala included Cape Breton duo, Scott MacMillan and Colin Grant, (who also took home the award for Instrumental Group of the Year), a duet featuring hosts Benoit Bourque and Jean Hewson, and singer-songwriter, Oh Susanna.  Stephen Fearing closed out the night with a short set featuring songs from his latest, Every Soul’s a Sailor. 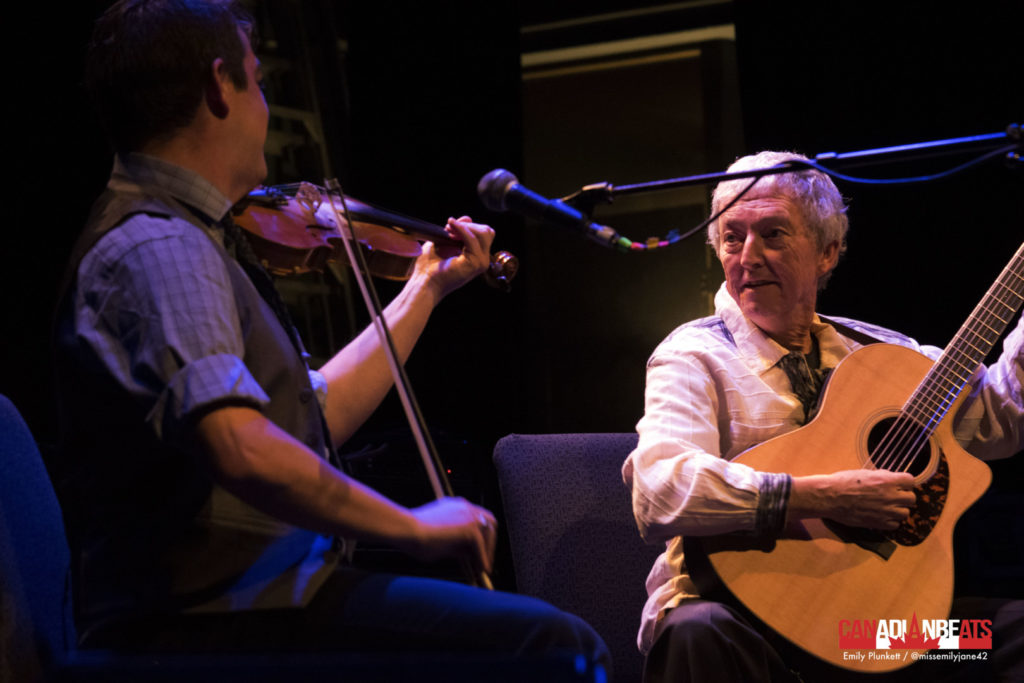 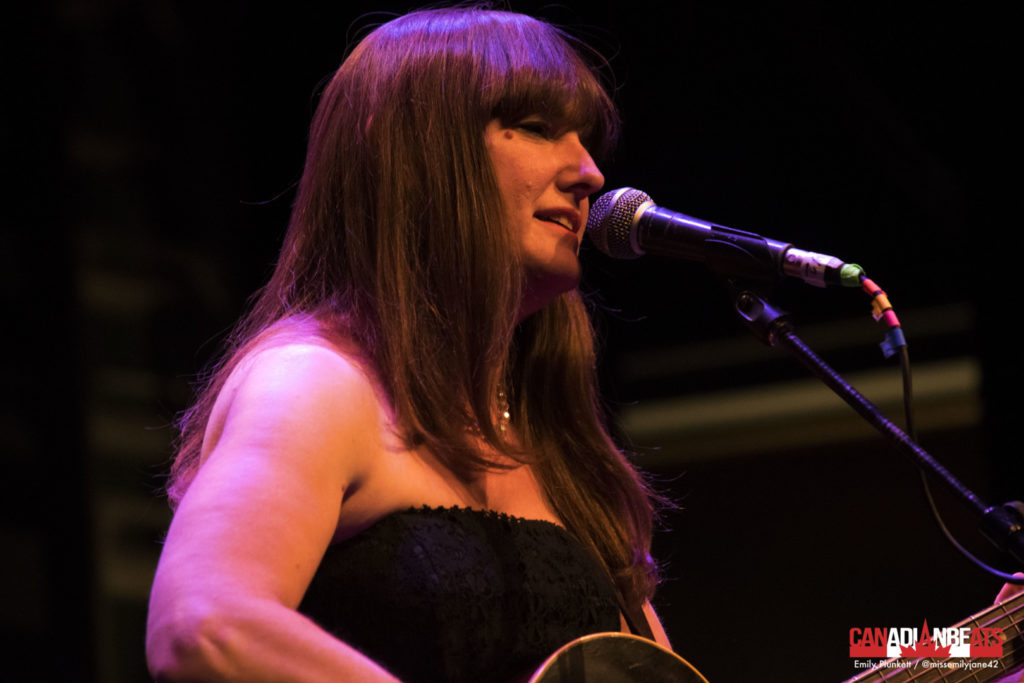 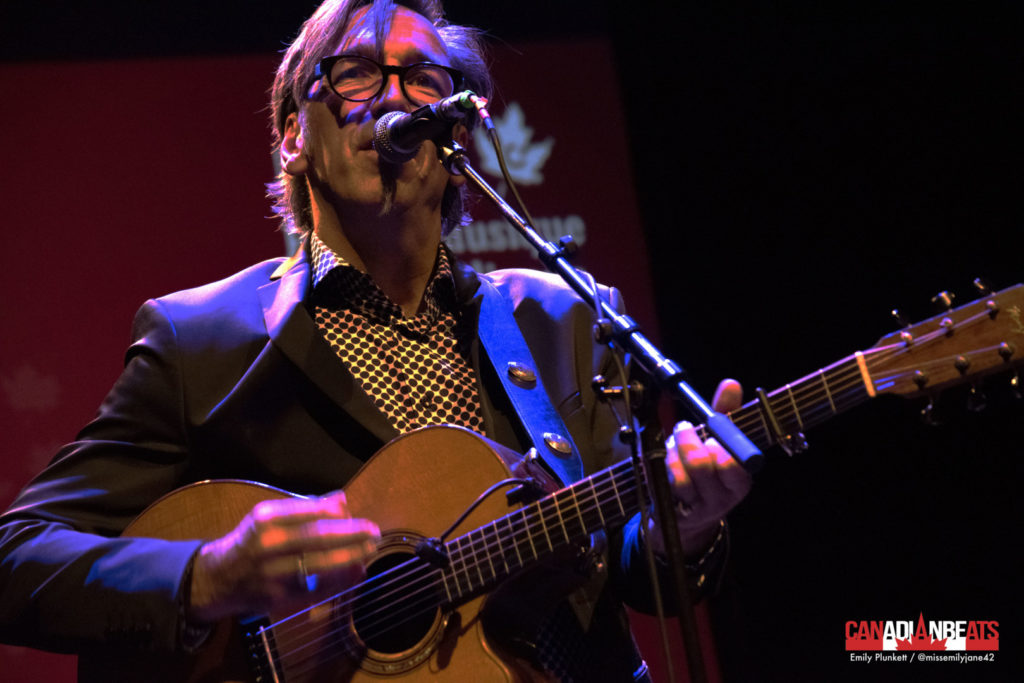 Capping of each night was the National Strum, featuring all-encompassing sing-a-long involving both the audience and several nominees on video singing and strumming along to “Time Wanders On,” by Bella Hardy and Cara Luft.

The 2018 Canadian Folk Music Awards are scheduled to be handed in out Calgary.

For more photos from the event, check out our Facebook page!