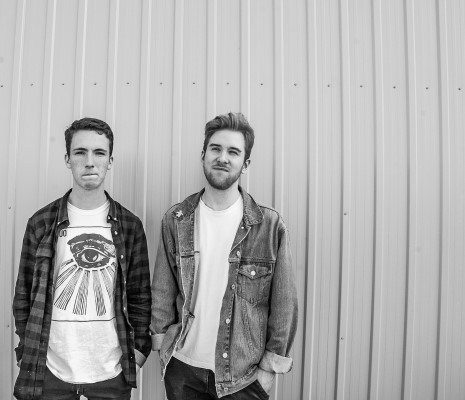 Who: Sanjay, Excuses Excuses, Ready The Prince, cleopatrick
When: November 10, 2017
Where: The Moustache Club, Oshawa

The Moustache Club was bursting with love and energy Friday night, as Cobourg’s own cleopatrick released their single “hometown” (off their upcoming EP the boys) on October 20th and to celebrate, put on one hell of a show! Playing with their closest friends, it was a show who’s memories will last a lifetime.

Kicking off the night was the one, the only Sanjay – the singer/ songwriter had all eyes on him. With a little help from the bass guitar and drums – Sanjay was truly able to shine. The soft spokeness of the vocals were complimented by the smooth acoustic tones – giving off a harmonious vibe… completely captivating. Sanjay is full of talent and charisma and gave the audience everything they could have asked for – such a humbling and raw performance.

Next up, Oshawa’s own Excuses Excuses. Everything about these guys screams punk rock, as they filled The Moustache Club with their monstrous sound. Excuses Excuses drew audiences in. Putting a spin on punk rock, their sound is such a unique one. Vocally, chaotic and raw, all while sounding effortless were complimented as the drums and bass kept up the high energy this band demands. Bursting at the seams with angst – there was no denying that as they tore up the stage, and certainly left audiences wanting more.

Ready The Prince, coming to us from Toronto killed their performance in every aspect – there was not an eye in the house that wasn’t following their every move. Vocals that are out of this world were accompanied by their groovy new wave style. Steady, fast-paced beats had the audience bopping along, while the trio followed in Excuses Excuses path, tearing up the stage. Undeniably electric.

Wrapping up the night were The Boys, cleopatrick – with an absolute powerhouse of a performance. As they ramped up to debut their single “hometown”, the excitement grew, so did the audience. Unbelievably complex, cleopatrick brought us perfection. The sultry vocals brought us their spin on alt. rock, all while drums and guitar brought forward a crazy amount of spunk… never missing a beat. Cleopatrick oozes passion, undeniably so. The audience was infatuated with the duo, as they jumped and sang along to the classic Cleo tunes. Kicking ass and taking names, all while being so incredibly humble and grateful. An insanely talented band, with amazing fans… perfectly wrapping up a jam-packed night.

itsakaitbigworld.weebly.com
Share this:
Related ItemscleopatrickExcuses ExcusesHometownontarioOntario MusicReady The PrinceSanjaythe boys
← Previous Story IN PHOTOS – Buffy Sainte-Marie in Mississauga ON
Next Story → IN PHOTOS – Whitehorse & Begonia in Kitchener, ON