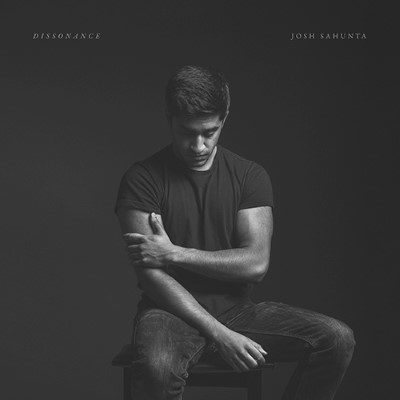 Josh Sahunta has often been described as a creative individual who often excels at absolutely everything he touches. This self-taught composer and instrumentalist based out of Edmonton is anything but new to the scene. Having previously released the 2013 EP Lights, Sahunta is back with the release of his first album: Dissonance.

Sahunta combines the influences of John Mayer, Ed Sheeran and Justin Timberlake to create a unique alternative pop sound that seamlessly blends catchy choruses with deep storytelling lyrics. Channelling these influences, “Dissonance brings the listener along on a journey through the deeper layers of life and love; notions of solitude, peace, longing, lust, remorse, regret, and more weave through each lyric and note.”

The album begins with “Take All I Am”(Feat. Joey Landreth)- a song created with great emotion through both the lyrics and the melody. The sparse arrangement gives every instrument the space it needs, but still allows the guitar to shine through to the front of the mix. Through this smooth soulful sound, Sahunta sings of a relationship that has gone south. He doesn’t seem to understand what has happened but he understands that “the girl in [his] life doesn’t love him no more.”

Sahunta moves from the sad realities of relationships that we have probably all endured to a more upbeat track, “Summertime”. A bright acoustic guitar riff seems to drive the verses at the beginning before the drums take over and eventually mix together to create a funky track. He brings in beats that make you want to move with the music. I can definitely see this song being a hit!

The track “Sing Me to Life” has been released as a single, complete with a music video. Another tale about relationship woes, this song shares the story of a man battling anxiety and the ways that relationships can affect many aspects of our lives. The lack of guitar use on this track gives it an interesting touch to make it stand out from the other tracks.  The use of a string section and keys create a more vulnerable sound to tug at your heartstrings.

The last track, “Doing my Best”, allows the album to end on a different note. This track is more fresh and rejuvenated, with an upbeat drum sound that drives the song and a soaring lead guitar at the end. Instead of singing about heartbreak and relationship woes, Sahunta seems to sing about a turn of events where he is more focused on showing what he can bring to the relationship.

Each track on Dissonance draws upon something to which we can all relate: relationships.  The uniquely positioned alt-pop sound, mixed with catchy choruses and deeply rich narratives, is something that can easily be added to multiple playlists. It can easily be used as an easy listen in a coffee shop or added to a road trip playlist.

Josh Sahunta already has some pretty amazing accomplishments. Along with the release of both is 2013 EP Lights and his first album Dissonance. Sahunta has competed on Edmonton’s Hot 107 Hot Factor, Canada’s CBC Searchlight, and Britain’s X Factor. He participated in SOCAN’s 2017 Songwriters House for “Summertime” and has been elected to showcase at the Folk Alliance International Conference in Kansas City in 2018. Sahunta is about to embark on a pretty amazing journey. Watch out world!